Good morning to everyone , yesterday I announced that I will move the engagement project from liquid payouts to curating the top 25 enagagers in 4 communities ( LEO , CTP , SPORTS , STEM ) . Here are the stats of 1st day upvoting but before that let's look at some numbers - 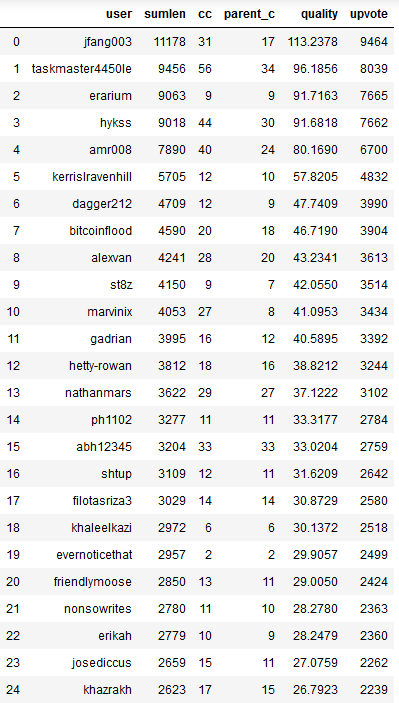 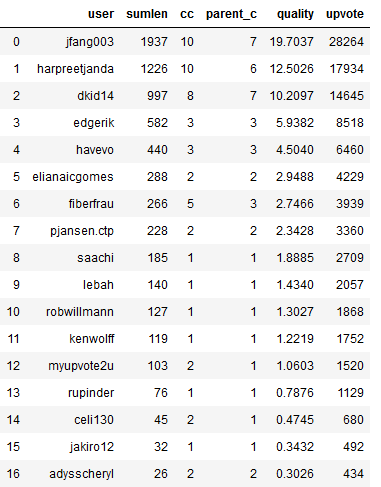 There is less competition in STEMGeeks , so don't waste the opportunity and start engaging . All you have to do is hop on that front-end and engage with other users . Don't forget to keep the quality good .

If you want to delegate the tokens - here are the accounts - I will pay back 100% liquid rewards ( except LEO which will be powered up 50% and 50% will be given back ) to the delegators every week ( Sunday ) .

Change in calculation for ranking from tomorrow

Please provide your valuable feedback regarding the project

Feel free to ask any question in the comments , I will answer them all.

This is an excellent initiative mate and thanks for doing it. It also looks like a lot of hard work but hopefully, with your scripts, you can automate some of the transfers!
Best wishes with it and I hope you can keep it up :-)

I replied to you but not sure where it went lol.

Anyway yes I have automated most of the things . It will pick up yesterday's comments , calculate the quality based on various factors .

But the only thing I keep on working everyday is to improve the calculations for quality .
Why? Because 100 comments a day doesn't mean anything if it is of bad quality . I hope you get what I mean .
I want to make the ranking as fair as possible.

I do not realize if my name in ctp list .. I love ctp community

You are rank 9 in the CTPTalk list. It only counts comments made from the CTPTalk front-end and I guess there were not many participants today.

It is there lebah . But seems like you have made only one comment from CTP frontend.
Remember - you have to go to ctptalk.com frontend and post only then it will be counted.

Absolutely agree. Comment farming has always been a problem on-chain. Still people today simply typing 'great content' or 'good work'. I'd suggest weeding any that you find like this by reporting them to Hivewatchers on their report form. Hopefully, this will cut down on you manually having to check comments.

You could also perhaps apply a word count filter?

The last thing is to perhaps have a word with @abh12345, he has been running an excellent engagement league for years. Very nice fella and very approachable, I'm sure he'd give you some advice :-)

Thanks for the write-up :D

amr008 contacted me on discord worried there was too much overlap but what he's doing here is pretty cool and requires more technical skills!

One of the dilemma I am facing is not counting less than 3 words comment.

Sometimes it matters you know -

Like if you ask which is the best token then I will reply LEO. Should I consider it or not ?

I am fine tuning the calculations .

Also yeah as soon as I announced this project I went to @abh12345 , he gave very valuable inputs .

Thanks for the upvotes. I am kind of surprised that I am first for all LEO, Sports and CTP. I kind of struggled on Sports and CTP today as I barely got the minimum. I kind of prefer LEO since it is easier to keep a conversation going in the LEO market talk thread.

Also, the links don't work when you want to see the post.

I will fix it as soon as I hop on to my laptop. Didn't realize they weren't working .I forgot to add the peakd.com prefix .

Also there is no minimum for upvotes . Even if you post 1 comment it will take you but to be at top you have to beat others + maintain comment quality.

Nice work dear.. So this project is around quality commenting and upvoting them.. is that correct to say? cheers

Spot on . You are absolutely right . The comments should be made from different frontends though to be eligible.

That’s great, you put that in place quite quickly. Do you guys realise how we got used to the lightning and fast pace associated to commenting on Leo ?
It’s really eating a bit of my soul every time I comment on another front end now.

That’s great, you put that in place quite quickly.

Do you guys realise how we got used to the lightning and fast pace associated to commenting on Leo ?
It’s really eating a bit of my soul every time I comment on another front end now.

Lol I hear what you are saying but think like this - if they are able to generate good ad revenue , they will be able to fund to develop a new UI :)

Nice work by you.
I delegated my little STEM power to you.

Thanks a lot @saachi . Every token helps . Appreciate the support.

Checking in on this alt to say keep up the good work :D

Got it :) I hope spaminator doesn't downvote us both lol

I have delegated 500 LEO, 5000 STEM, and 500,000 SPORTS to the various accounts, hopefully this initiative can bring additional engagement to the tribes.

You don't know how much this encourages me . I will do my best to make users see the potential of other communities.

Thanks a lot for the support. Will pay back all liquid rewards on Sunday based on your delegation.

It does seem positive, but why exactly did I end up on this list? I am certainly not one of the 10 most active members of Leofinance. Or do you just like me? <3

Lol yeah I like you but that's not the reason for you being on the list. The thing is I had given average comment length the most weightage so. But I actually changed the calculation to make the ranks fairer lol.

@jfang003, Congratulations! Well done! Have a blessed and prosperous day! In the meantime while you are on the beach in a comfortable 85 degree bright sunny day and working up a thirst, have a !BEER on @kingneptune.

Hey @amr008, here is a little bit of BEER from @kingneptune for you. Enjoy it!

I want to delegate to @amr008.sports, but I seem not to know how to delegate sports from sportstalk

hey @corporateay , I am very happy you want to delegate . Well the easiest way is to delegate through Hive-Engine .

Go to https://hive-engine.com . Login , go to wallet , there you can click <-> this symbol beside SPORTS , it will ask amount and account . fill the amount and @amr008.sports in those field.

Thanks brother, I am on it Am not sure, I think I can't delegate my staked sport token

Hey which token is this and to which account did you delegate?

@amr008, It's sports, but I don't think it went, I didn't see any traces that it left either.
Can't I delegate my staked sports, maybe it's only the liquid?

I sent some liquid sports to someone yesterday, and I got the message, but I didn't get any for the delegation, so I would retry today.

I just tried delegating 5000, just confirm, so we know where we go from there

I don't see any actually. Did it go through?

This is a great initiative. Than you for starting this and Best of Luck for the future!

Thank you very much @vimukti :)

Thank for the upvote