agr8buzz in LeoFinance • 2 months ago (edited)

Many people continue to use windows or Mac OS, despite the fact they are known to invade your privacy in order to collect large amounts of "diagnostic data".

And while Mac OS is generally considered slightly more private, fact is it remains closed source, and virtually impossible to verify independence from government agencies. I'm an advocate of privacy and am personally willing to sacrifice a small level of convenience in order to protect my data.

At present I'm using a small number of freely available tools on a daily basis to help protect my privacy and data in an attempt to remain pseudo-anonymous.

It's time for me to start explore alternative operating systems, and eventually build a portable OS that can work off of a solid state drive or even a small flash drive. A potable Debian based Linux distro which leaves no trace on the machine that it's temporarily operates on.

It's also the OS that is believed to have been used by Edward Snowdon during his whistle blowing mission. In fact he has come out and recommended use of this OS in the past.

You can use it on other peoples computers and carry encrypted and persistent documents and settings for some added conveniences. Another key feature being all network traffic is automatically routed through the Tor network for anonymous communication.

Tails includes an email client, a passwords manager, office suite and file manager out of the box.

Tails OS is built specifically to help you avoid online surveillance, censorship and tracking. It's hard to physically access because of it's temporary nature, as it disappears once it's shutdown. 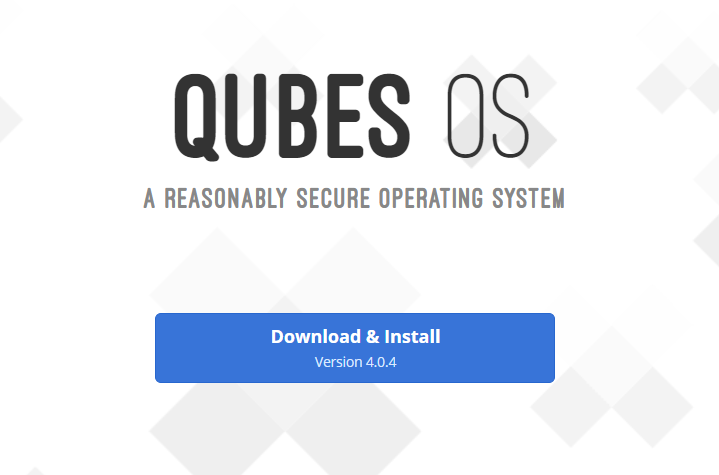 "If you're serious about security, QubesOS is the best OS available today. It's what I use, and free. Nobody does VM isolation better." -Edward Snowdon

Qubes OS works to enhances security through isolation with the added bonus that it can apparently be used as a permanent operated system.

It uses virtualization technology to isolate different programs from each other, so if one program was attacked the remaining programs and systems are protected to a degree through isolation.

QubesOS can also run windows programs in it's virtual machines. An option if you are looking for a more permanent operating system with improved security. However from what I've found through my research it's a major resource hog and shouldn't really be attempted unless you have a large amount of RAM and an octa-core processor.

This solution is a larger commitment, but the result is a more permanent solution.

THESE APPS Are SPYING On You!

I'm not going to switch to Linux at this point. I do have some friends that go back and forth for various reasons and it sounds like a bit of pain.

Personally I think there might be a solution where I primarily run windows for applications such as games and graphics related software, while keeping a portable version of a Linux based OS such as Tails on a flash drive

I do need to ask around, I know there's people here and also in my circle of friends who have more experience with Linux than I do.

I would love to hear your feedback on using a Linux based OS, for example Mint, which really seems to be the most recommended OS for new users seeking privacy.

I think for me personally I can see myself using a portable OS like Tails to separate out what I would consider work applications, which are largely crypto related, and also for personal old school banking.

I look forward to experimenting with a Linux based OS in the near future.

NFT's For Sale on NFT Showroom.

When you say use them temporarily, do you mean you can use without booting with it or you boot with windows/Mac and run it?

Good question! It's booted from a flash drive to run on a host computer with, potentially, windows already installed.

The Tails OS uses the host computer's random access memory, or RAM, as temporary storage space to run core system services. It doesn't access or modify the hard drive of the computer on which it's running. Remember, with Tails you're booting with a USB flash drive so you're bypassing the host operating system entirely.

I understand, does it have web browsers and other applications to make usage easier

Why does everybody still think Linux is a pain in the ass?
I've been using Linux Mint for years. It is a very user friendly version, almost no difference if you come from a different OS.
You create a usb stick and run it from there or install it. Installation takes 5 minutes.
The only reason not to run that Linux is if you absolutely have to use Mac/windows software like Photoshop or Ableton. Running a shell to run these programs is very very very processor intense.

I think you nailed it here! There are good solutions like Mint that will get you by for certain uses,...buuuuut people also need computers for work, and require things like hardcore video rendering and production stuffs. This work also needs to be protected! but it doesnt seem like there's many one size fits all solutions out there using linux.

I remember the last time Alt OS's where a thing.

I was the late 90's
IBM had OS/2 and all the "computer" people where just learning what UNIX was.
Even though it had been around since the 60's.

Out of this came LINUX and all people could talk about is Kernel's and low level hardware calls.

It will be interesting to see if we can get something new out of this.
As far as I can tell everything goes back to the OG OS UNIX and nothing new (that is good) has been created in the last 80 years.

I guess all those old computer geeks in the 60's actually knew something.

Built to stand the test of time! I hope it plays an even bigger role in securing peoples digital lives, even if it's in the background and the average person doesn't know what it is.

I feel stuck on windows and Android until I more crytpo wallets work with third party solutions. While I love the idea of more security, it feels like the chicken and egg... I can't switch until more things are supported ( at least on my crappy machine) until more apps are developed..., but more apps wont be developed until there are more users.

ah the battle and trade off for convenience. I think for me I just want to know I can have protected web browsing when I want it or need it right.

I have Two operating system in my laptop: Windows 10 & Linux
although I found linux is much difficult to use but I have tried and learned more to adopt with
but finally I came back to use windows 10 because I have here games and different programs that I need.

Which Linux did you use?

Yeah games seem to always bring people back to windows :)