Noon Should be Half Way Between Sunrise and Sunset

yintercept in STEMGeeks • 4 months ago It is interesting, but as communication technologies develop, people seem to becoming more in tune with UTC (Coordinated Universal Time). Having configured thousands of electronic devices through the years, I now see local time simply as a display filter for UTC.

When programming, I am prone to use a convention called JulianDays which, in theory, provides a continuous count of days since what would be Monday, January 1, 4713 BC on the Gregorian calendar.

The continuous count of days makes it easy to calculate the duration of time. One needs to use different displays to discuss what the locals would be thinking at any given moment.

The earth is a titled oblate spheroid that revolves around a large glowing sun. People who live North and South of the tropics experience different day links throughout the year.

In 1784, Benjamin Franklin noticed that people were living by their clocks and not the natural cycle of the day. He suggested that people would develop better habits and preserve candle wax if they turned their clock back in Spring and forward an hour in Fall.

Canada was the first nation to legislate that people change their clocks in a program called Daylight Savings Time.

Most states in the US observe DST with those in tropical areas such as Florida and Arizona. Interesting the Navajo observe DST and the HOPI do not; So Arizona presents a patchwork of different time zones.

The current US Senate is considering legislation to make Daylight Savings Time permanent. As I understand the legislation, they want us to turn our clocks back in March 2023 and that they will stay back for all time and eternity.

Regardless of what the Congress does, people in the future will live their lives around the HIVE blockchain, which is on UTC, and the local time will be a configurable display value.

Please enjoy some #CENT Tokens rewards from me !

Get votes from @ pgm-curator by paying in PGM, here is a guide

Create a HIVE account with PGM from our discord server, here is a guide

Hivebits blends Hive's blockchain and Bitcoin's ethos. Your effort = your reward. Mine HBIT simply 1-per-day with (no space): ! hivebits or ! HBIT or ! hbit or $ hbit.

Success! You mined .9 HBIT and the user you replied to received .1 HBIT on your behalf. You can receive 100% of the HBIT by replying to one of your own posts or comments. Or, support Hivebits at the official HBIT mine | your wallet | market | tools | connect | <><

This confirmation reply will go off when Resource Credits (RCs) get low. Yet, your hivebits command will still go through and you'll get your HBIT. :)

lolztoken.com
I left my last girlfriend because she wouldn’t stop counting.
I wonder what she’s up to now.
Credit: reddit
@yintercept, I sent you an $LOLZ on behalf of @utopia-hope
Use the !LOL or !LOLZ command to share a joke and an $LOLZ. (2/4)
100%
-100%

Your proposal if done with a small number of timezones is doable up to the point that you can be within the half-hour everywhere. For if in the middle of a timezone which is one hour wide had noon exactly equidistant between sunrise and sunset, on the far west and east sides of the timezone noon would happen at the same instant but be shifted by at most thirty minutes.

I don't know whether this is what happens already. So I went to this site: https://sunrise-sunset.org/search?location=Moscow and found that in cities of London, Upsala, and Moscow all were within 40 minutes of having noon have equal day before and after.

The time zones often follows political borders. Iceland wants to be part of Europe; so it is in the wrong time zone. Since everything is centralized in China, it is all one timezone. 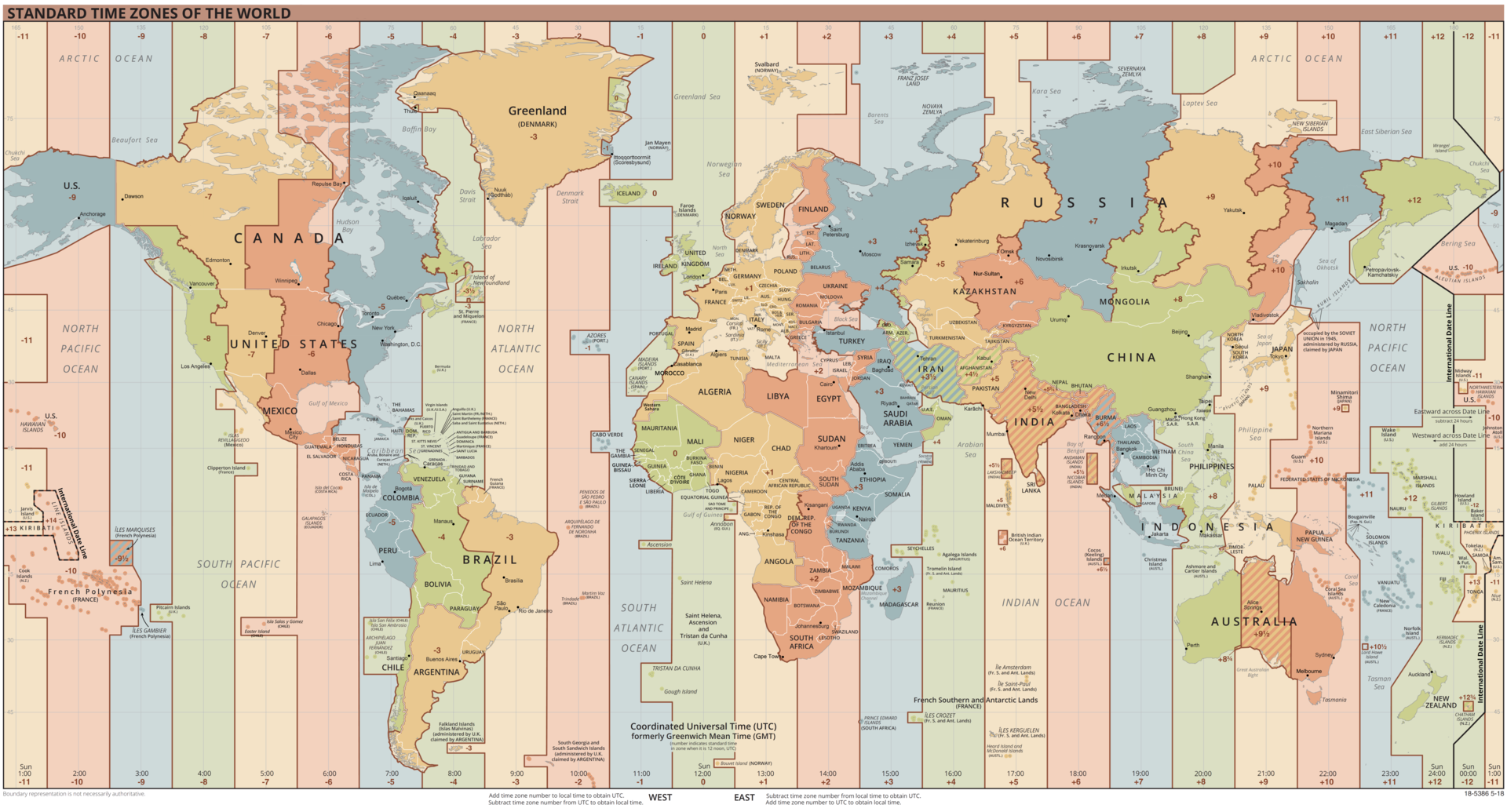 The legislation they are talking about would make Daylight Savings Time Permanent. This would mean that noon would come at 1:00 PM. They should be making local Standard time permanent.

Always using standard time is what we do in Argentina and it is what they also do in Saskatchewan Canada. I suppose the motivation is to have a more similar amount of day light hours in the mornings. In the case of Argentina, in some months when people are getting to work or school and in the summer it is daylight before they get up.

I am surprised to see that Argentina is in the same timezone as Brazil. You would think that it would be UTC -4 instead of UTC -3. But, I guess Argentina has always been ahead of its time.

Hey, thanks. Looking up the map it is in some places in the same latitude as eastern Ontario, Canada. I guess that's why at times you can see a hint of the sun in the summers at 4 o'clock in the morning.

Hivebits blends Hive's blockchain and Bitcoin's ethos. Your effort = your reward. Mine HBIT simply 1-per-day with (no space): ! hivebits or ! HBIT or ! hbit or $ hbit.

Success! You mined .9 HBIT and the user you replied to received .1 HBIT on your behalf. You can receive 100% of the HBIT by replying to one of your own posts or comments. Or, support Hivebits at the official HBIT mine | your wallet | market | tools | connect | <><

This confirmation reply will go off when Resource Credits (RCs) get low. Yet, your hivebits command will still go through and you'll get your HBIT. :)

We should for sure revert back to the Julian calendar. It would make remembering days and events much easier. Your birthday would be on the same day each year for example! The church still uses it for all their festivals which tells me something.