trumpman in STEMGeeks • 7 days ago

I was browsing the internets for shit and giggles this morning and eventually stumbled upon a video of a really creepy deep sea fish.. An ugly motherfucker fish that is:

As briefly mentioned on the video, this ugly creature is commonly known as ogre fish or the common fangtooth. Scientifically described as Anoplogaster cornuta this creepy fucker can be found in tropical and temperate waters in the eastern and western Atlantic Ocean, with adults usually residing in depths from 500 to 5,000 meters. Yeah, chances are you will never see one from up close, sorry.

Despite its scary looks it's harmless to humans, feeding mainly on small fish, crustaceans and cephalopods.

Wikipedia has a great article about it in case you want to learn more, just head over to https://en.m.wikipedia.org/wiki/Anoplogaster_cornuta

On a sidenote, the video is taken from a vessel belonging to the Monterey Bay Aquarium Research Institute (MBARI):

The Monterey Bay Aquarium Research Institute (MBARI) is a private, non-profit oceanographic research center in Moss Landing, California. MBARI was founded in 1987 by David Packard, and is primarily funded by the David and Lucile Packard Foundation. Christopher Scholin serves as the institute's president and chief executive officer, managing a work force of approximately 220 scientists, engineers, and operations and administrative staff. source

Don't know where to start? Here's a compilation of 10 of their favorite weird deep sea creatures:

Oh that is definitely creepy. meanwhile my most recent internet find was the fact hat scallops have blue eyes. I'm using this for inktober XD 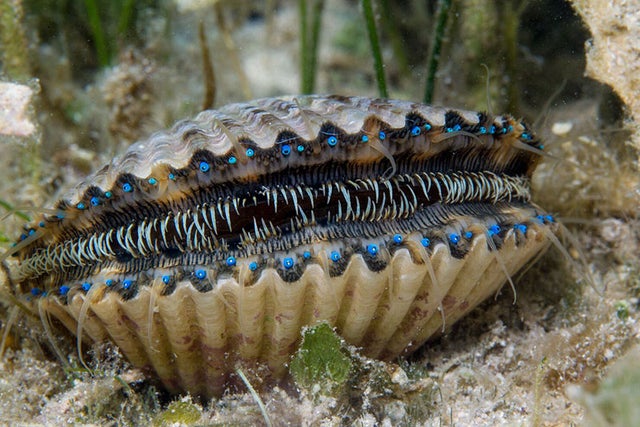 A creature straight from nightmares 🤣

Hey, your internet find is a nightmare creature too 🤣

Haha, !LOL still 80% of ocean is not discovered so wonder how much more creepy or horrible creatures exist down there.

Am I the only one or this fish look like a real version of the mask this MF used to scare poor Courage our cowardly Dog.

Hahaha, I was amazed by the deep sea fishes from the moment I discovered them. Some of them look more like aliens rather than fish. But come on man that's not ugly this is UGLY!👇😂

Well they look nothing like that in reality. Decompression can be a bitch 🤣

True story man, I didn't knew it until know but they look just fine in their habitat. It's the air that kills them maybe I shouldn't quit smoking😂😂
!LOLZ


There are II kinds of people
Those who understand Roman numerals and those who don't
Credit: reddit
@trumpman, I sent you an $LOLZ on behalf of @lofone

stop wasting time on the internet :)

That shit looks trippy as fuck

Reminds me of some painted tribals

Jaysus that Japanese spider crab. Remind me not to come back as one of them. Reincarnate me into a dog or a horse, maybe a cat. Anything else is just trouble.

Oh, that little creature is so cute, I bet there are more vicious looking animals underwater if you deep dive into Mariana Trench. You might find a mermaid of your dreams there or maybe she make you a merman, love at first sight huh. Oh BTW there a fishcoin, a real shitcoin if you wanna write your next post on fishcoins be like.
https://www.coinbase.com/price/fishcoin

What kind of fish is this, what a creature!

Well, I don't see it so ugly on the grill!