servelle in STEMGeeks • 8 months ago

In this new episode of Citizen Science on Hive @lemouth introduce us to detector effects and event reconstruction.

All the steps including links to previous episodes can be found in his post:
https://stemgeeks.net/hive-196387/@lemouth/citizen-science-on-hive-detector-effects-and-event-reconstruction

The first task of this episode consisted in the installation of a new tool: MadAnalysis 5

The command to use was:

It worked fine for me:

But when i wanted to launch the tool with:

I had an error message about python:

I should mention that my Ubuntu is running in Virtualbox and it asked me to update when it was launched for this session. I did restart, and python3 also updated, but it doesn't seem to be accessible anymore. I have done a lot of research for this problem and will save you all the unsuccessful attempts to solve it. So I give the solution that allowed me to remove this error message and to be able to launch Ma5:

I give the source where i found the solution:
https://stackoverflow.com/questions/3655306/ubuntu-usr-bin-env-python-no-such-file-or-directory

So I was able to continue in the task: 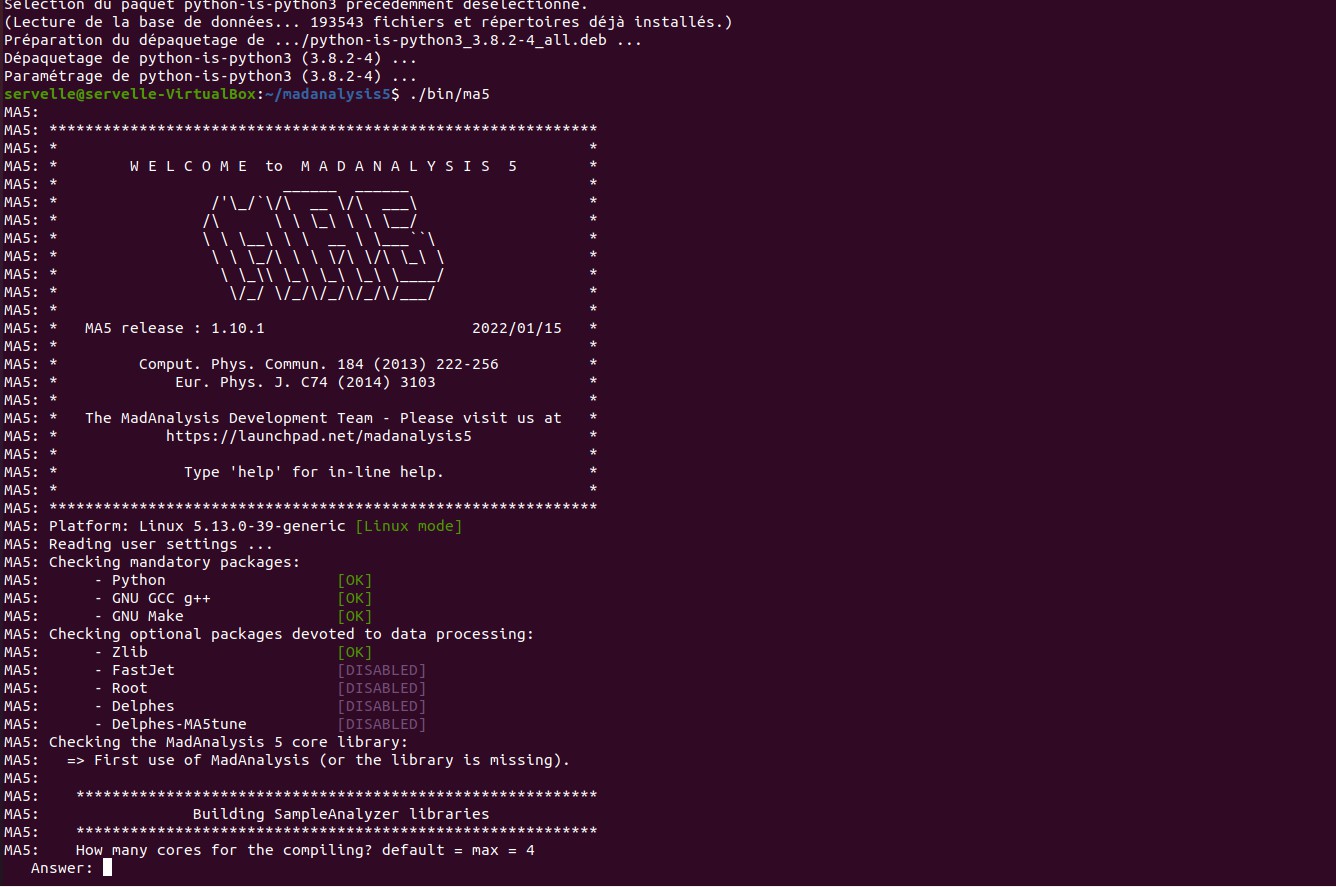 Pdflatex and Latex where missing, i tried to install them using the link provided by @lemouth but for some reason it didn't work.
So i did another research and i found a solution here:
https://doc.ubuntu-fr.org/latex
and I installed the full version:

And it worked fine:

For the task 2 of this episode I had to install 2 more packages: So we are now ready for Task 3: Top-antitop simulations

I started Ma5 as described:

and the following commands:

I had some problems again to enter the path correctly but i did it: We are now on the last task "Some physics - task 4"

and I entered the following commands: The reward is this beautiful graphic that you get when you enter: 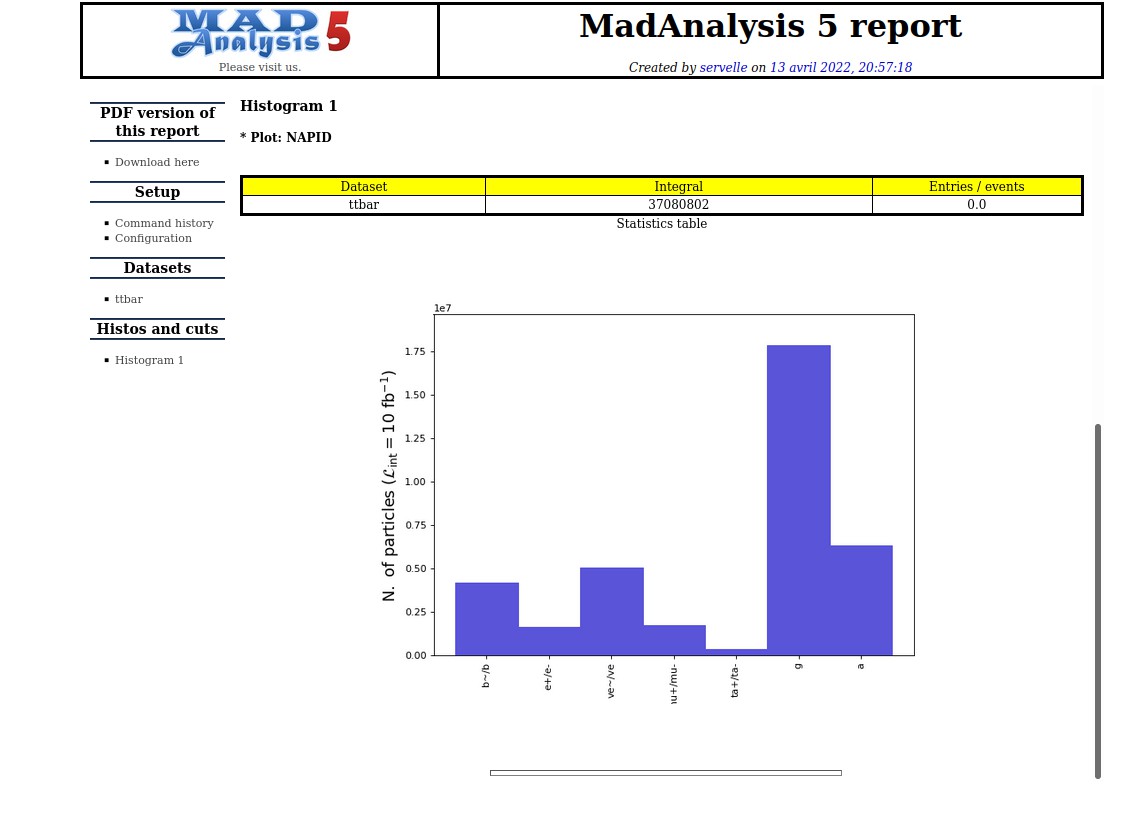 I had some problems, probably related to my lack of practice with Linux, but nothing insurmountable, I progress and I usually find the solution by using a search engine with the right keywords.

I am sorry to read that you had issues with python and texlive. System issues are always unpredictable… Note that this is the first time I see the python issue, and I could not have warned you at all here. I am however happy you managed to solve everything through searches online. At least, now, if others have issues I will now refer to your post ^^

I take also the opportunity to tag @gentleshaid here, as I know he has issues with entering the path to the event sample. Here, it is better to enter the full path to the events, as you did.

I actually like to solve problems so it's ok for me :)
Thanks

Ahaha! You can count on me for extra challenges, sooner or later. ^^

Great! Thanks to your report I hope not to have the same problems when preparing my calculations! It looks like doing something new is never a straight forward task...

Thanks
If it was too easy it would lose some of its interest.