I recently acquired these two interesting beinitoite specimens. Both have a secondary, rare mineral called Joaquinite in odd locations. I will do a Mineral Mondays post about Joaquinite tomorrow.

The first specimen has a benitoite crystal growing over the joaquinite. 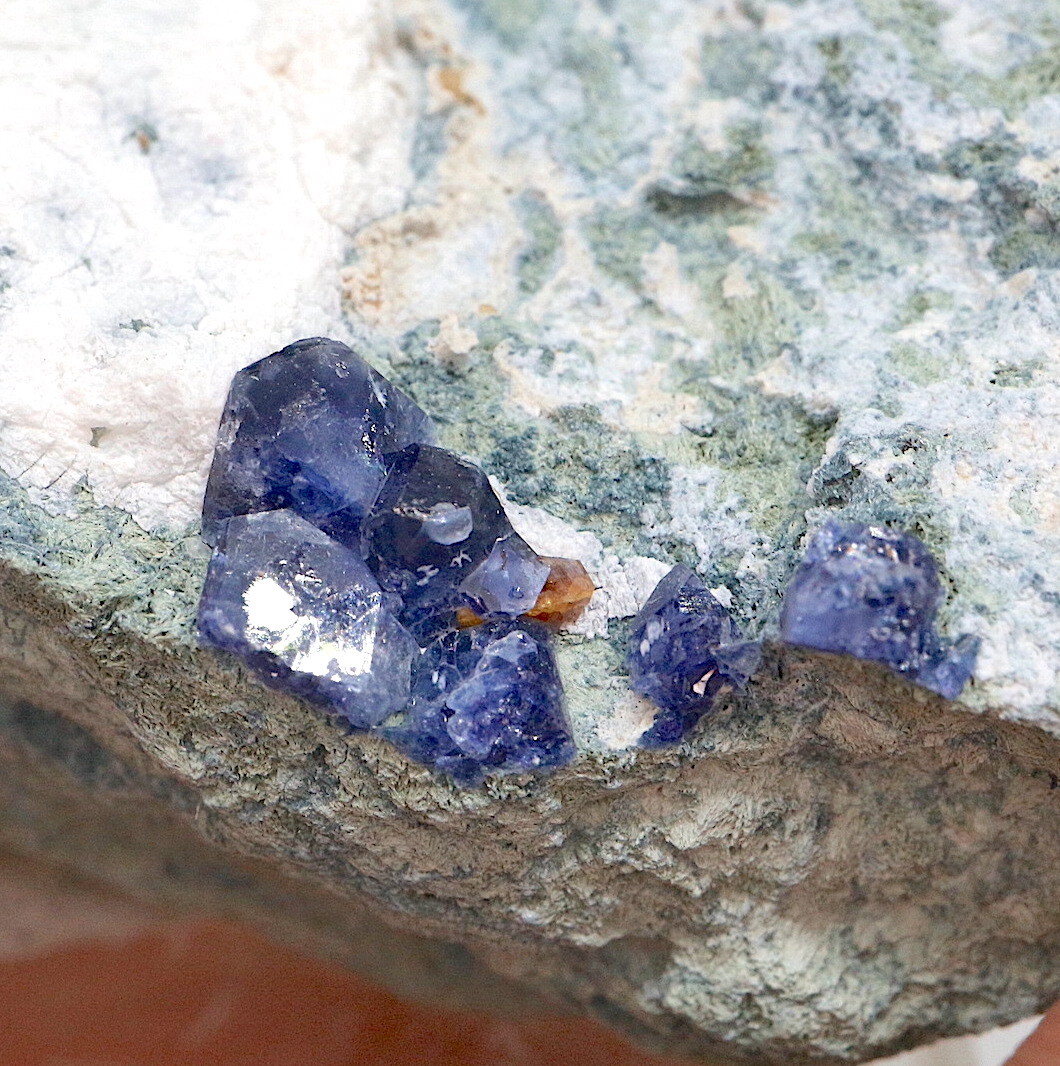 I've collected a lot of specimens over 10 years and this was the first one I have seen with this combination.

I am not a geologist or scientist, but what appears to have happened is the joaquinite formed first with the benitoite forming over it later. The white material is called natrolite and is the last to form in a secondary solution. The natrolite usually covers the all of the crystals and they are only revealed by using a hydrochloric acid to remove it and leave the benitoite & joaquinite behind. 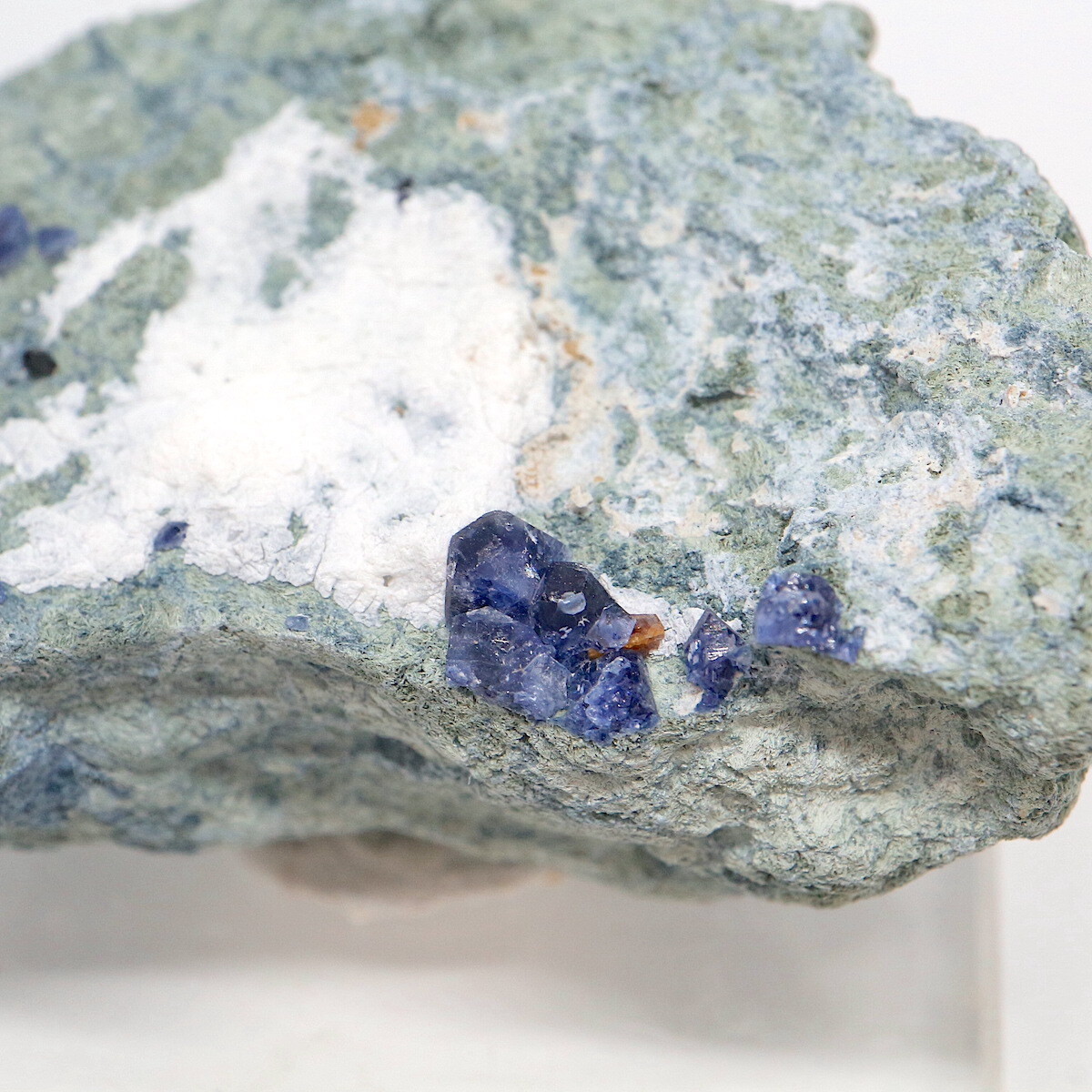 This next specimen really has me puzzled. The joaquinite is actually inside of a neptunite crystal! 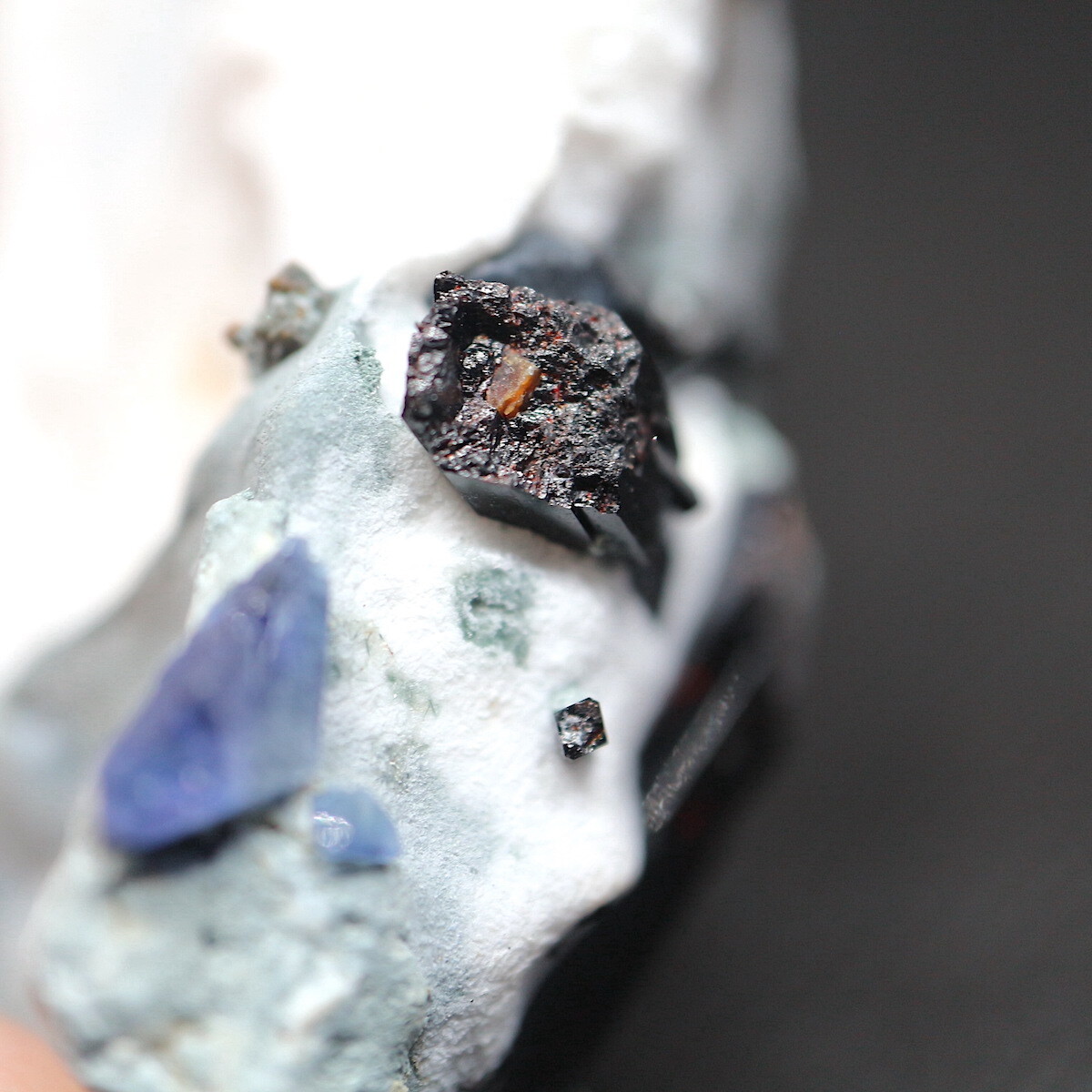 Here is what I think happened. First, the neptunite didn't break, but instead didn't finish growing. Then the joaquinite attached and grew onto the unfinished neptunite producing this odd specimen. I could be completely wrong and a geologist who is familiar with similar growths will correct me. Util then, I'll continue to enjoy these awesome creations from the Earth.

Here are a few more images of the entire specimen. 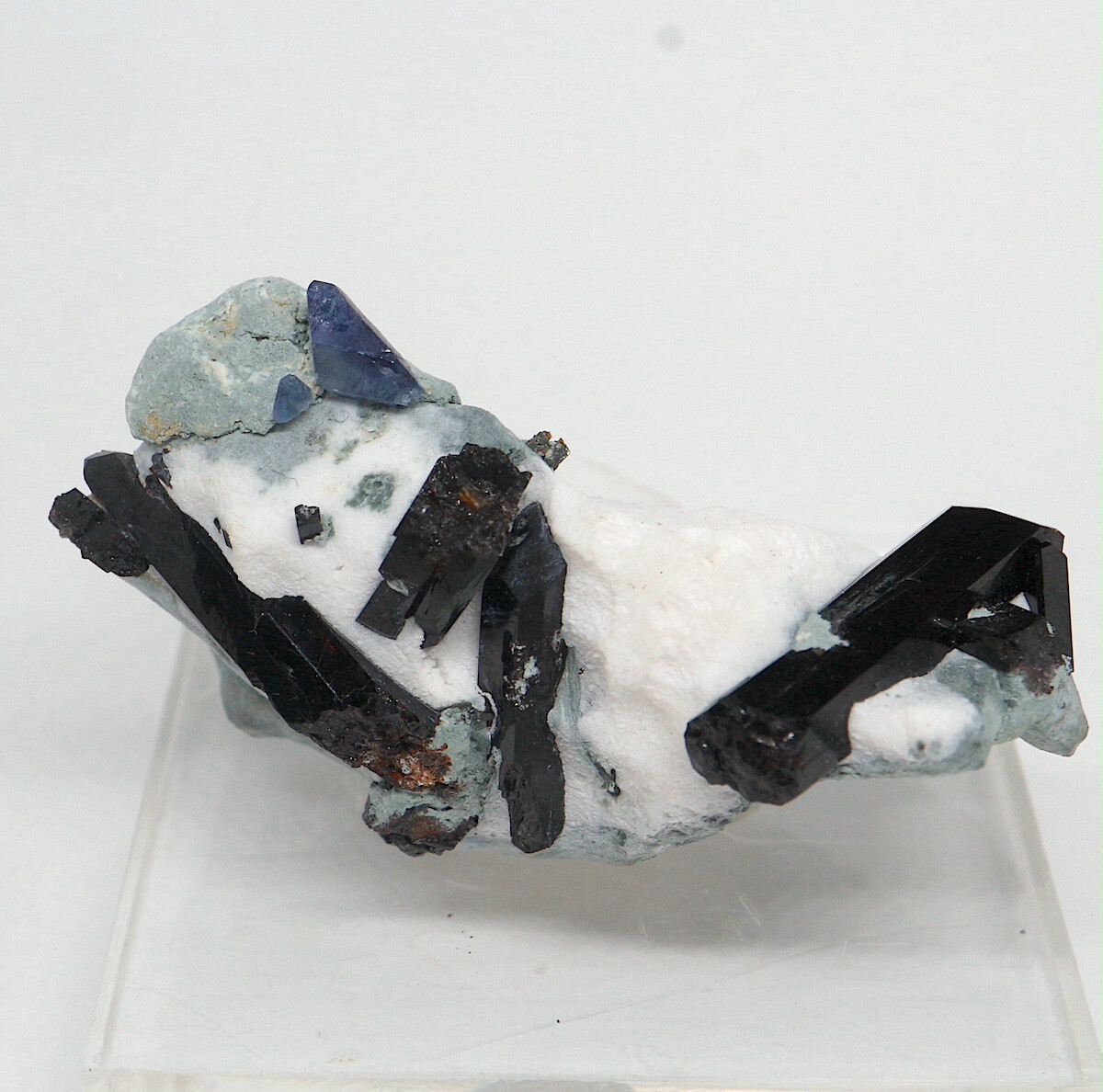 The neptunite crystals are fantastic! 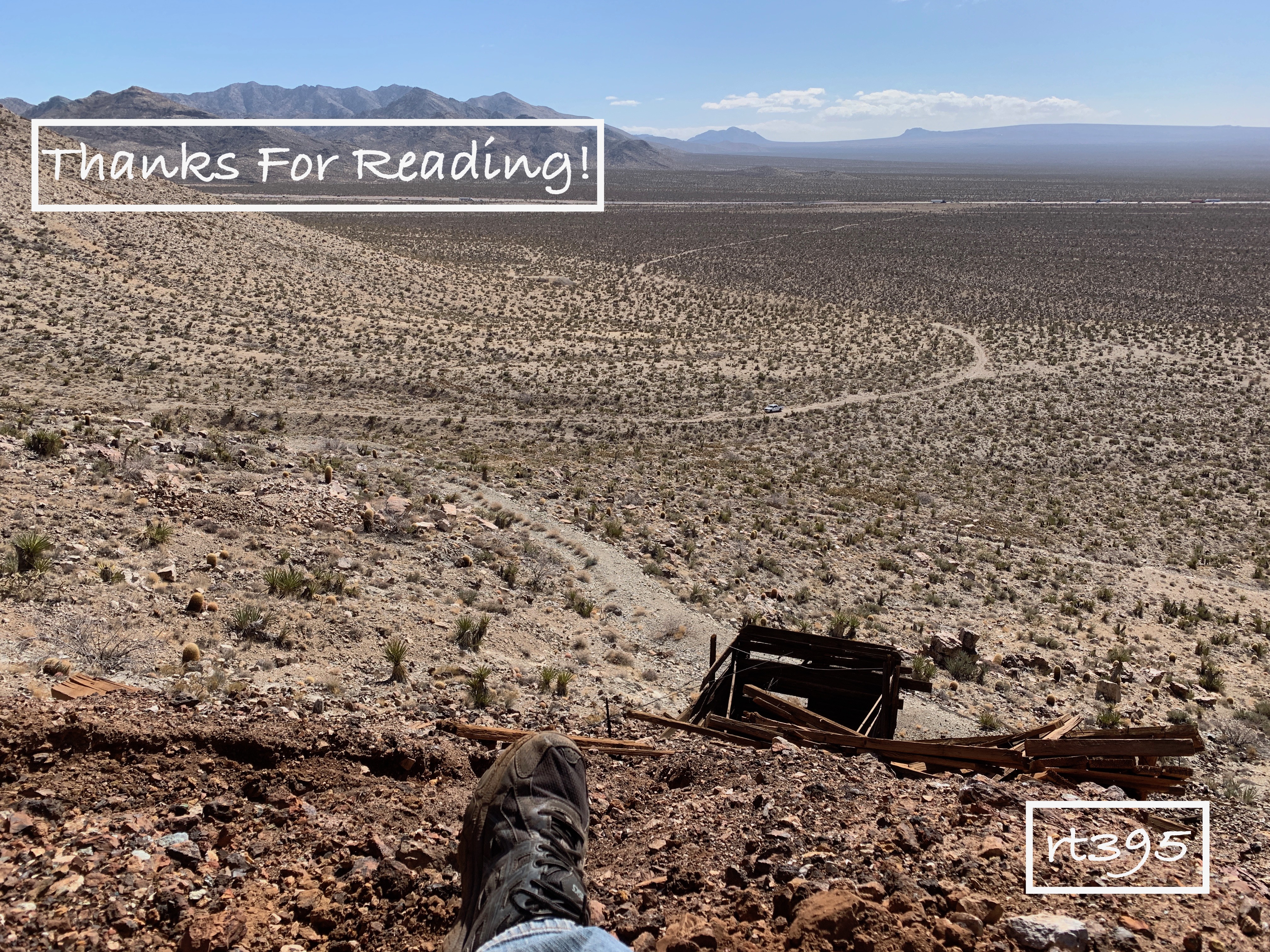 Thanks. It is definitely unique in it's shape and refractive index.

I hunt the mountains a few times every year looking for that monster specimen.

Awesome post! Reblogged and upvoted due to its awesomness and quality.

@rt395! I sent you a slice of $PIZZA on behalf of @coolpoolparty.

Did you know you can earn $PIZZA daily by delegating HivePower to Hive.Pizza? (4/10)

Have a !BEER too!

amazing looking crystal I would love to own one

If you really want one, you can get one. If you are adventurous like me, you might even be able to find one. I have found several.

ok I will try at least