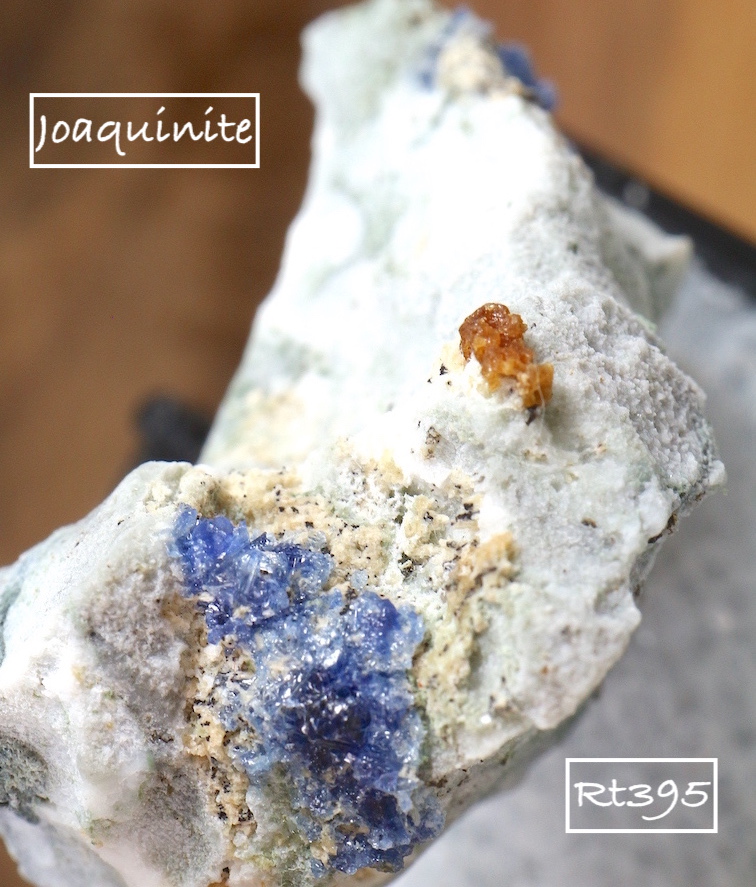 Joaquinite is an odd little crystal. It's chemical formula is NaBa2Ce2FeTi2[Si4O12]2O2(OH,F)·H2O, Sodium-Barium-Cerium-Iron-Titanium silicate. It rarely gets larger than a few millimeters and is only found in a few places on Earth. It is most well known for it's association with benitoite, one of the rarest and most valuable gemstones in the world. Joaquinite crystals are often so small even I sometimes miss them thinking they are a spec of dirt.

The crystals form in the monoclinic crystal system and usually measure 1-2mm. The color is a golden brown, but occasionally they can be yellow. 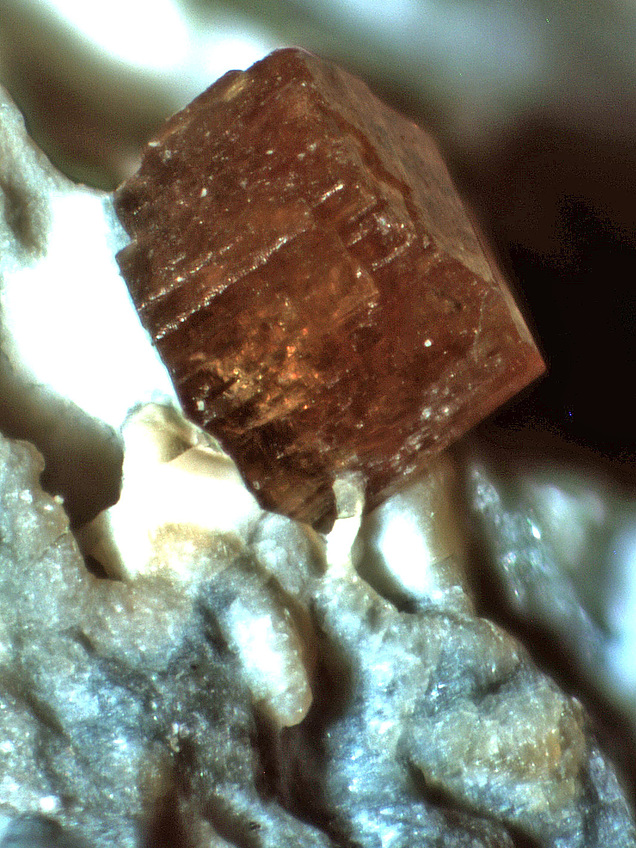 Joaquinite was discovered in 1909 by G.D. Louderback, a geologist and professor from the Bay Area, and W.C. Blasdale who named it after the Joaquin ridge in the Diablo Mountains, California where it was found. Since then it has been identified in Canada, Hungary and Greenland. A strontium bearing joaquinite is found on Japan's West Cost where benitoite is also found. As I mentioned, joaquinite is often associated with benitoite & neptunite in the Diablo Mountains. The southern section of the mountain range, in San Benito County, has produced quite a few rare & odd minerals like joaquinite, fresnoite, benitoite, jonesite, neptunite and more. The geology of the area is unique consisting of a large serpentine uplift in the southern section which was followed by hydrothermal injections of titanium, chromium and barium bearing fluids producing several unique minerals. 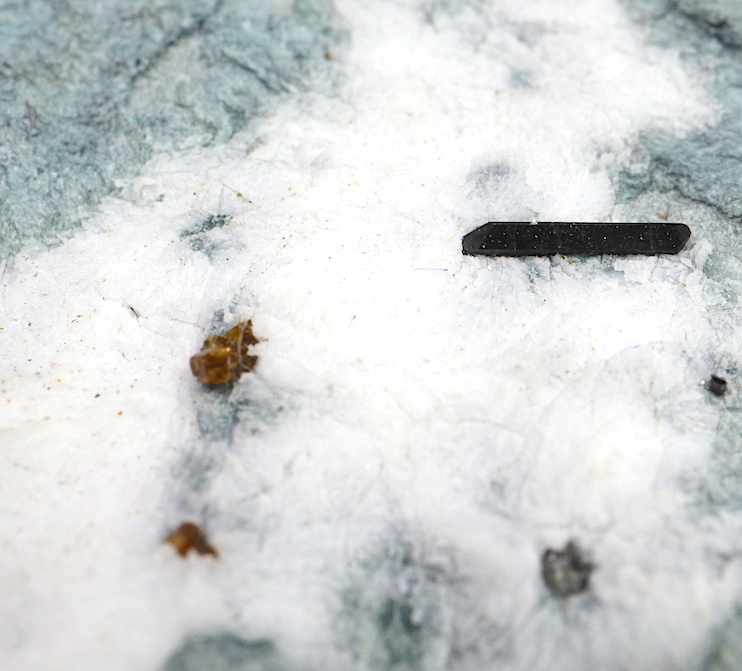 If you missed my post Sunday I showed some interesting joaquinite specimens with benitoite & neptunite here https://hive.blog/hive-163521/@rt395/two-very-interesting-benitoite-specimens Secret, little crystals they are.

Most people haven't heard of this gemstone due to it's size and rarity. It is an interesting stone though due to it's chemical composition.