unixp0rn - changing the look of the Linux desktop

r0str0 in STEMGeeks • 2 months ago

Before we continue with the software of the Linux world let's make a stop to configure some graphical aspects of our desktop to our liking. 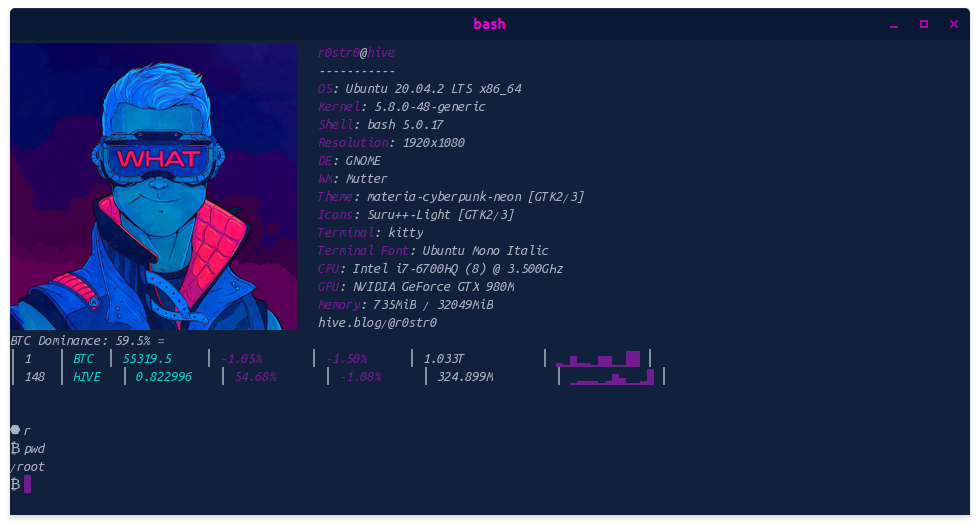 It's been a while since I didn't give much importance to ram, but lately browsers especially chromium, love to eat ram for breakfast, lunch and dinner.

Before starting this blog for good, I have been testing several flavors of Linux, like Debian with xfce, lxde, i3 and many other less known and even lighter ones that I will bring here. I've also tested Xubuntu, MxLinux and Arch, but for its universality and convenience for the blog I've decided on Ubuntu 20.04.

As the first theme for my first year in Hive, because of the crypto era we are living and because I love it, I have chosen a well known Cypherpunk and Cyberpunk theme called materia-cyberpunk-neon.

By opting for Ubuntu 20.04 with Gnome Shell, Mutter, I have installed an extension called bitcoin markets to display the price of Hive and Bitcoin from the taskbar.

For the icons I have chosen Suru in its minimum size, Kitty as an alternative gnome-terminal to be able to show an image and we have added a line with the link to my Hive blog in Neofetch. We have the list of available profiles for applications on Github and a complete documentation in the README files.

This eye-catching color scheme can be installed following the instructions of its author on GitHub.

To download the theme we will use the git tool although you can do it manually, if you don't have it installed;

We place ourselves where we want to download the theme or create a directory to host the git clone.

Now we would already have the theme installed, to select it in Kde -> Settings -> Appearance - Application Style, if we are in Gnome we can do it in a simple way from gnome-tweaks, if not we have it;

After all this we can choose the theme in gnome-tweaks, in appearance.

Although there are several options for the icons I have chosen Suru's icons that comes in a script called papirus-kolorizer with MIT licensed., within the same Roboron repository.

If we downloaded the git to our root in the previous step...

We can also select it from Gnome-Tweaks.

With the Wallpapers: Highway 4k by AxiomDesign

Hive and bitcoin price in the notification area

We will do it using the Bitcoin markets extension for GNOME Shell, and we will install it using the Firefox extension that allows us to integrate and install software through the web https://extensions.gnome.org/.

After installing the extension we install the addon in;

When we have installed the extension we can configure it the first time from gnome-tweks.

Its configuration is very simple, we select the pairs and markets and if we want the decimals. 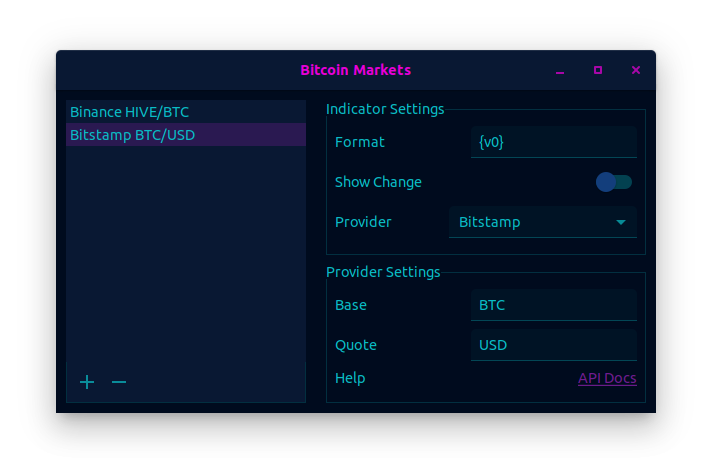 If we want to insert image files in bash, we can do it with the kitty interpreter.

We access the Neofetch configuration file with our favorite editor To be able to put the image, at the end of the document we find the Image backend section, we change the ascii option to image_backend="kitty". A little further down we change the image_souce option to the path of our image.

Further down in the image_size option we change the image to fit our usual working size.

We can also modify the values at the beginning or add whatever we want with prin. 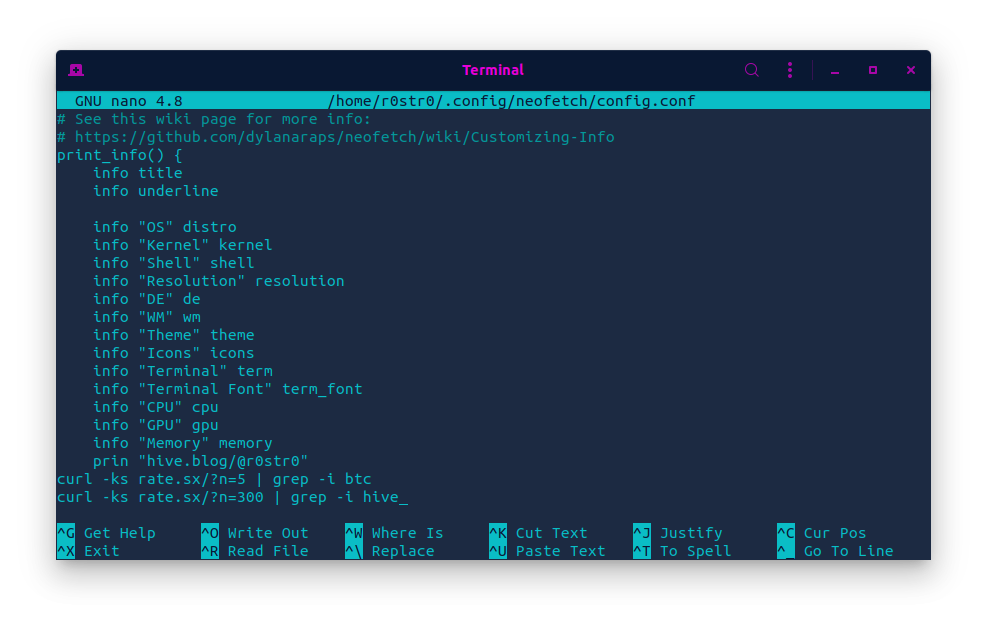 We can also add a command that I explained in the previous article to have the price of hive and bitcoin when we start neofetch.

We launched kitty and To change configuration aspects of this shell, we do it with an

Also from the Gnome extensions center I have installed the Dash to Dock extension to move the applications icon to the right and to be able to make modifications in the lower taskbar.

The truth is that writing the post I realized that the author is from my land and quite nice, as soon as I can I will make a donation but I do not spend paypal, and I would like to publish in Hive .... cheer up Roboron ! and thank you for this theme.

Too technical for me

If you use any Linux distribution I can help you, thanks for commenting.

Congratulations @r0str0! You have completed the following achievement on the Hive blockchain and have been rewarded with new badge(s) :