That is where one Ham operator (fox) goes to a fixed location and starts broadcasting, for our beginners group he was just talking on a specified frequency. I was teamed up with a more experienced Ham who had done this before, we were one of five teams of hounds. We used directional antennas to attempt to triangulate the direction the signal was coming from. 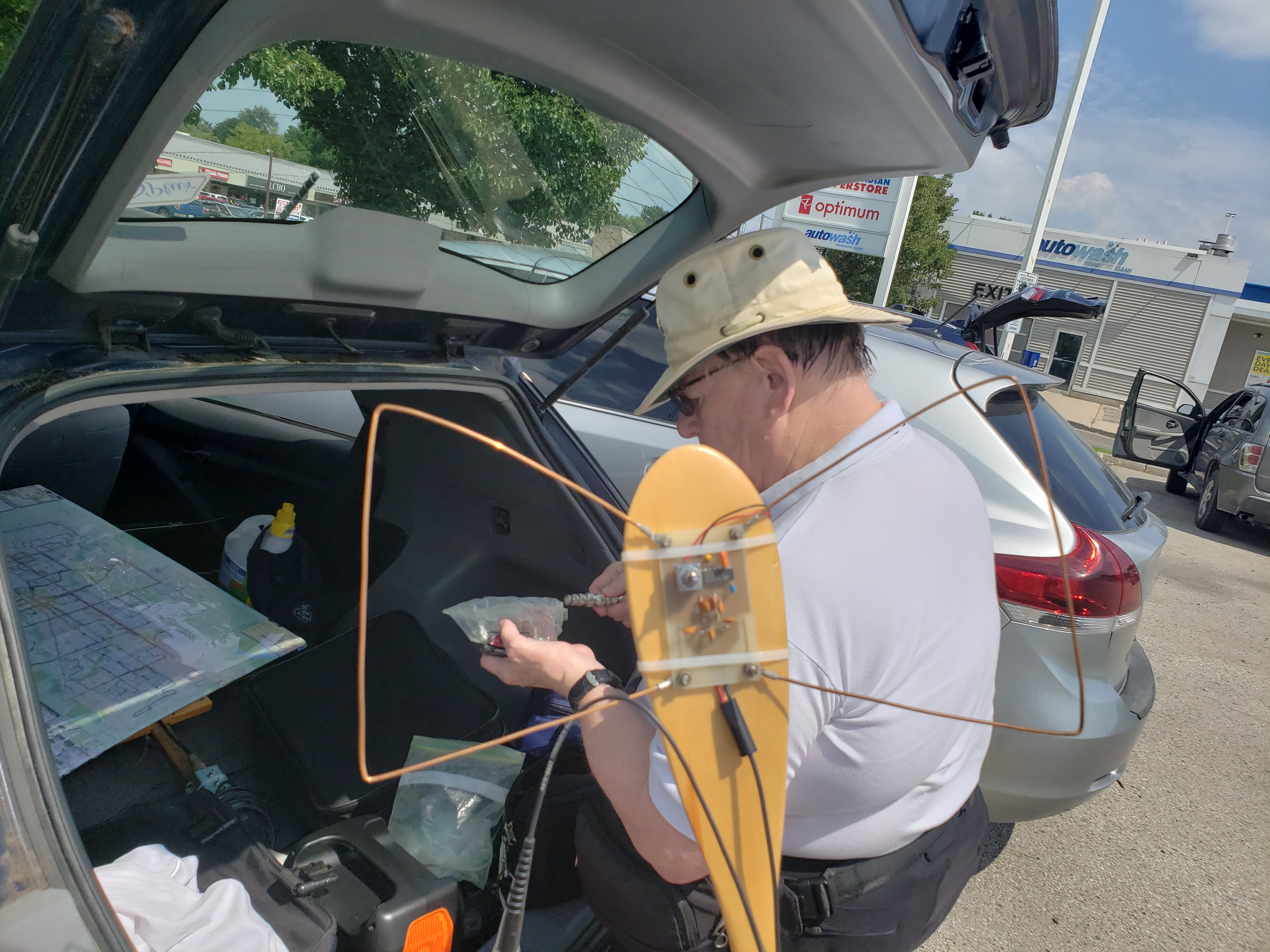 We would take a bearing and draw a line on a city map we had. We would then drive to a different location and get another bearing on the signal from the fox's radio signal. My partner and I took readings from 5 different locations around the city. We had four block area, but the fox started having radio problems, so the hunt was called off early. We had been driving around getting readings for just under two hours and the hunt was supposed to go for two and a half hours. We met back at starting gathering point and compared notes. It turns out the none of the teams had come anywhere close to locating the fox.

Here are some links to some information on Ham Radio Fox Hunts.

That's pretty dang cool! They're fun skill building exercises. We used to do similar stuff in Civil Air Patrol when I was a kid to simulate locating crashed aircraft.

What's that antenna called? I'd like to make one. I made my friends and I some simple ground plane antennas and it was a lot of fun. I feel like antenna making would be a really fun hobby all on its own.

For sure. We used to make field expedient antennas when I was in the service and it was an art form.

This is known as a TDOA, Time-Difference-Of-Arrival detector and is a kit available from:
https://www.handi-finder.com/

My son wants to eventually do a Fox Hunt some day. I think it would be really fun.

On another note, we finally received his antennas. Now we just need to find some cable at an affordable price long enough to make the runs. We also need to figure out how to ground the antennas for lighting strikes properly. The military antennas and stuff I was used to working with had grounding nuts and posts and stuff, but this stuff doesn't.

This is known as a TDOA, Time-Difference-Of-Arrival detector and is a kit available from:
https://www.handi-finder.com/

I am using a 8 foot ground rod purchased at Home Depot.

I am thinking about hooking it to the ground for my house that is outside.

I the house has a ground rod, you could use that as well, but it is recommended to have one as close to where the antenna's enter the house. it is also a good idea to consider lightning protectors.

What a nice project! I really like it.
Greeting from ShapeShift DAO Latin America!
~ thesmith
GlobalFOX Community Ambassador

Congratulations @mytechtrail! You have completed the following achievement on the Hive blockchain and have been rewarded with new badge(s) :