leoumesh in STEMGeeks • 4 days ago 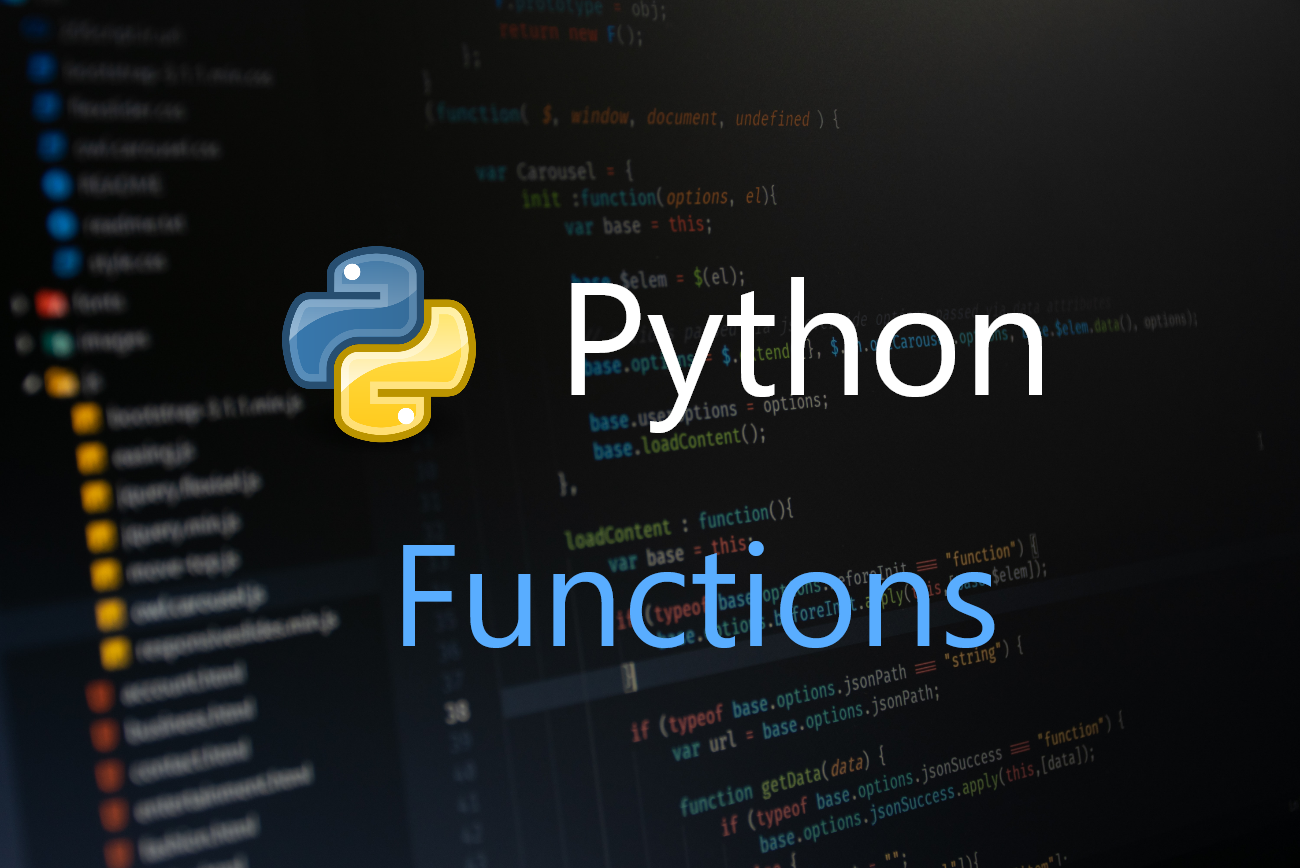 In every programming language, function is an importance concept. It is basically a chunk of organized code that is called in order to perform some certain actions. In other words, we use functions so as not to repeat the certain block of codes again and again. It provides the advantage of code reusability to the programmer and makes the code clear, concise, and modular. Your function can be called from any other parts of your program. In order to use this concept, you need to define your function specifying the task it does and in order to invoke it into your program, you need to call it. Almost in every programming language, functions take parameter inside round brackets "()". Functions utilize these parameters value to do the task and while calling, we need to pass arguments too so that function can obtain the output we have defined.

Understanding function is pretty much easier in Python than any other programming languages. It is defined using def keyword and then after that we write the name of function and put a colon after the function name. Below is a simple example of function. Now lets modify this function slightly to understand what function parameters and arguments are. 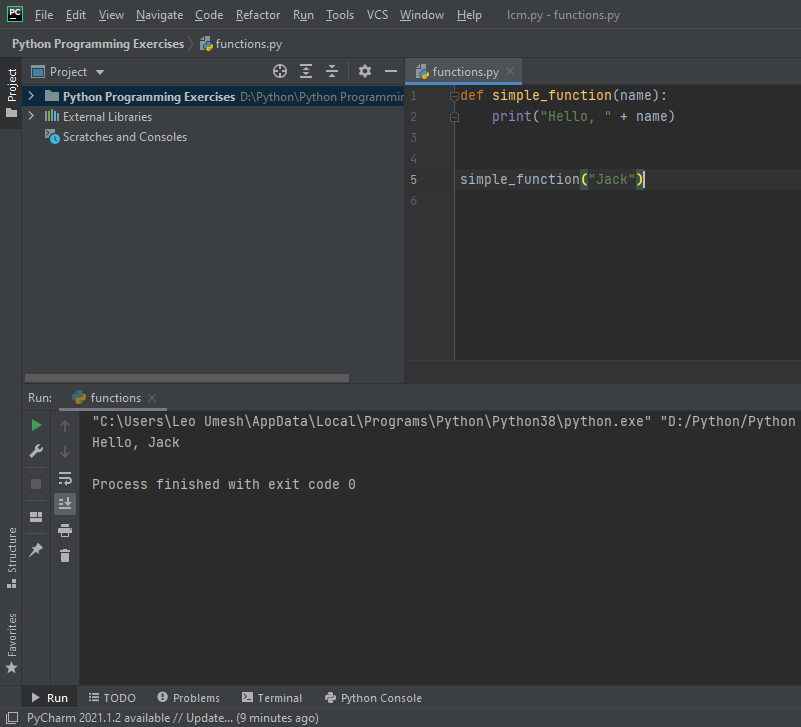 You can use any number of parameter you like depending on the programs you are building. If you don't know how many to specify in the function parameters, python has provided a special feature to help with this one too. I will be discussing this later on another post as it is a lengthy post.

Lets see another simple example of function that contains if-else syntax. We will divide two number and if the divisor is 0 then, we want to specify that the number can't be divided by 0 as it is not mathematically possible. If divisor is other than 0, then we want to do the division. Here's the code:

Lets see by providing values other than 0 for both dividend and divisor.

If you enter 0 for divisor, then you will get the following message on the output screen.

Consider the following code which prints the person name and address.

If you want to pass a value to a function by specifying its parameter name in the function call, then it is called Keyword Arguments. It is a name-value pair that is passed during a function call. Lets see the example below to calculate the area of a circle.

Also note here that the order doesn't matter. You can call the function with this syntax too: circle_area(pi=3.14159, radius=5). The output is same as the above:

Here we already specify the default value for pi in the function definition. So you don't need to pass pi value in the argument and you can see we only passed the radius as 5. Hope you grasp the concept.

The output when the program is executed is as below:

So, I would like to end this post here as of now. If you have any doubt or confusion, please let me know in the comment. I would be glad to help you. Cheers!