The Artemis 1 mission has been postponed

If you have been following the launch of the Artemis 1 mission, the first of the Artemis program with which NASA intends to return to the Moon, taking the first woman to set foot on our natural satellite, you will know that last Saturday the second launch attempt was cancelled. 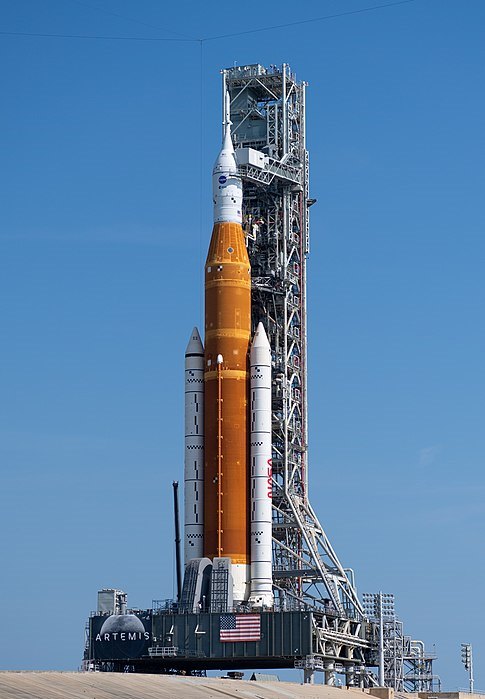 The Space Launch System (SLS) rocket with the Orion spacecraft on board at launch pad 39B. Source: Wikipedia.com.

Again the Artemis 1 mission failed to take off, and finally NASA has announced that the mission has been postponed, so it is likely that we will not see another launch attempt in early September. It seems that a new fuel leak detected before the countdown started was the failure that prevented this launch, which led the mission managers to abandon further attempts to assess the situation.

In its twitter account NASA informed that the mission was postponed, after unsuccessfully trying to solve a problem related to a leak in the hardware transferring fuel to the rocket. In their statement they inform that the technical team is still troubleshooting and suspends any launch attempt in the current launch period, a window they had already announced they would have from this Monday 05 until Tuesday. Artemis 1 is an unmanned mission to test the new Space Launch System (SLS) and the Orion spacecraft, whose mission is to perform a circumlunar trajectory for six days, carrying two mannequins equipped with sensors to measure exposure to solar radiation and the effectiveness of the new protective vests. This mission is therefore very important for NASA's plans. And why has Artemis 1 failed to get off the ground?
There are two failed launch attempts, the first one was scheduled for August 29, but due to a failure with one of the four RS-25 engines of the central stage of the SLS rocket had to be rescheduled for Saturday, September 3, for that they changed the fueling process, starting before with the cooling of the engines and then work on the platform solving a hydrogen leak. On the other hand, an unintentional command issued during the cool-down phase of the engines, a phase prior to hydrogen filling, temporarily raised the system pressure, although this did not cause any damage to the rocket, technicians are examining whether this failure contributed to the appearance of leaks in a quick disconnect in a liquid hydrogen supply line.

So, after these incidents, mission managers decided to postpone another launch attempt during the first days of September. And over the next few days technicians will work to establish access to the leak area on the launch pad and establish whether they can perform the seal replacement work on the pad or if they should do it in the vehicle assembly building.

Let's hope that soon this mission can be successfully launched, as it aims to test the capabilities of the powerful SLS rocket and the Orion spacecraft, which would allow a second mission with crew members and in a third mission to descend again to the Moon after more than 50 years, being now the opportunity for a woman.

I hope you enjoyed the reading and soon we will know more about this historic mission, see you next time!

It's kind of sad to know that the mission can't proceed. Aside from the radiation exposure though, what else did they aim to achieve with the Artemis mission?

Let's hope that the problems will be solved soon and the launch will be resumed. This is the first mission of the program, and its main purpose is to evaluate the performance of the new SLS rocket and the orion capsule, as well as other systems such as those mentioned above, which is essential for a future manned mission.