dkmathstats in STEMGeeks • 14 days ago

Hi there. In this math guide, I cover the topic of solve proportions. The goal is to solve for the unknown variable while two fractions are equal to each other. I start with the basic cases and build up into tougher cases.

Screenshot images are from Windows Snipping tool with witeboard.com & my Wacom Tablet. The representation of the above two examples in fractions form would be the following.

The examples here are shown with screenshots. Cross multiplication is shown with the use of arrows.

Two out of eight is equal to what number out of 100? 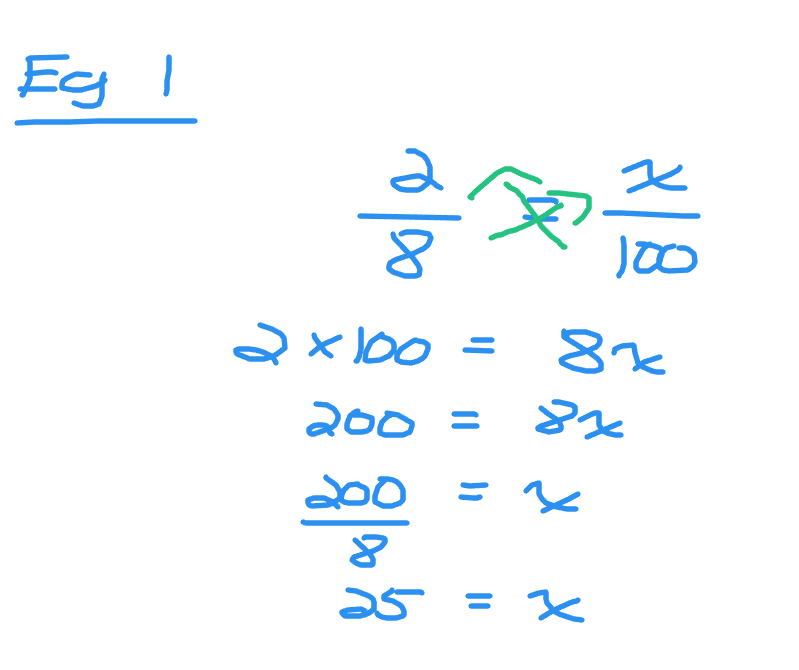 Set up the two fractions with two eighths on the left side and x out of 100 on the right side. Cross multiplication is indicated with the green arrows. For the left side it is two multiplied by one hundred to obtain 200. The right side would be eight times x. A linear equation is formed as 200 = 8x. Eight times something is equal to two hundred. The value of x here is 25.

Five ninths is equal to 7 out of x. Solve for the value of x. Three sevenths is equal to x out of 100. Solve for the value of x. 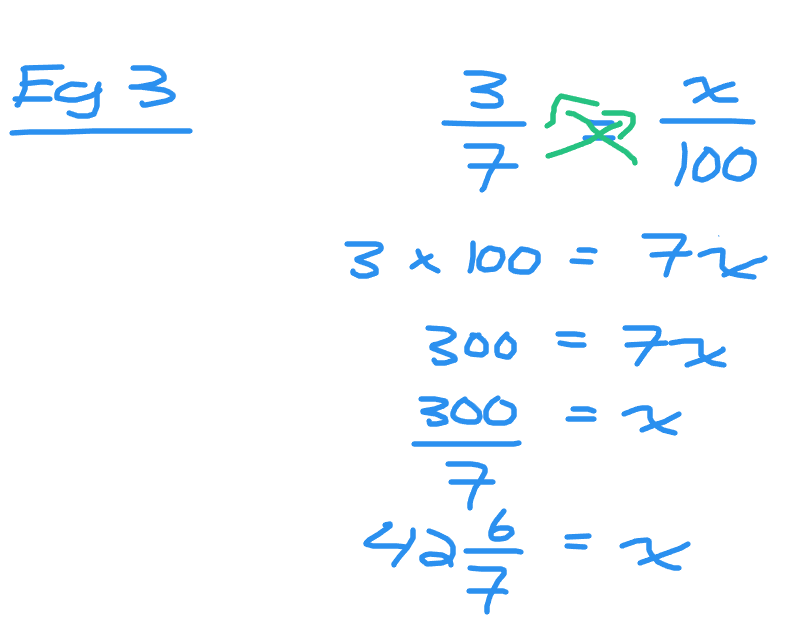 There are a few cases where the algebra topic of the distributive law is applied when it comes to solving proportions & cross multiplication. Let's look at a few examples. As you have two fractions equal to each other you can do cross multiplication. The left side would be eight. The right side would be the product of 7 and (x + 2). With the right side you have a number multiplied by a binomial expression. In this case the distributive law would applied to obtain 7x + 14. Solve the linear equation to obtain the answer of x = -6/7. 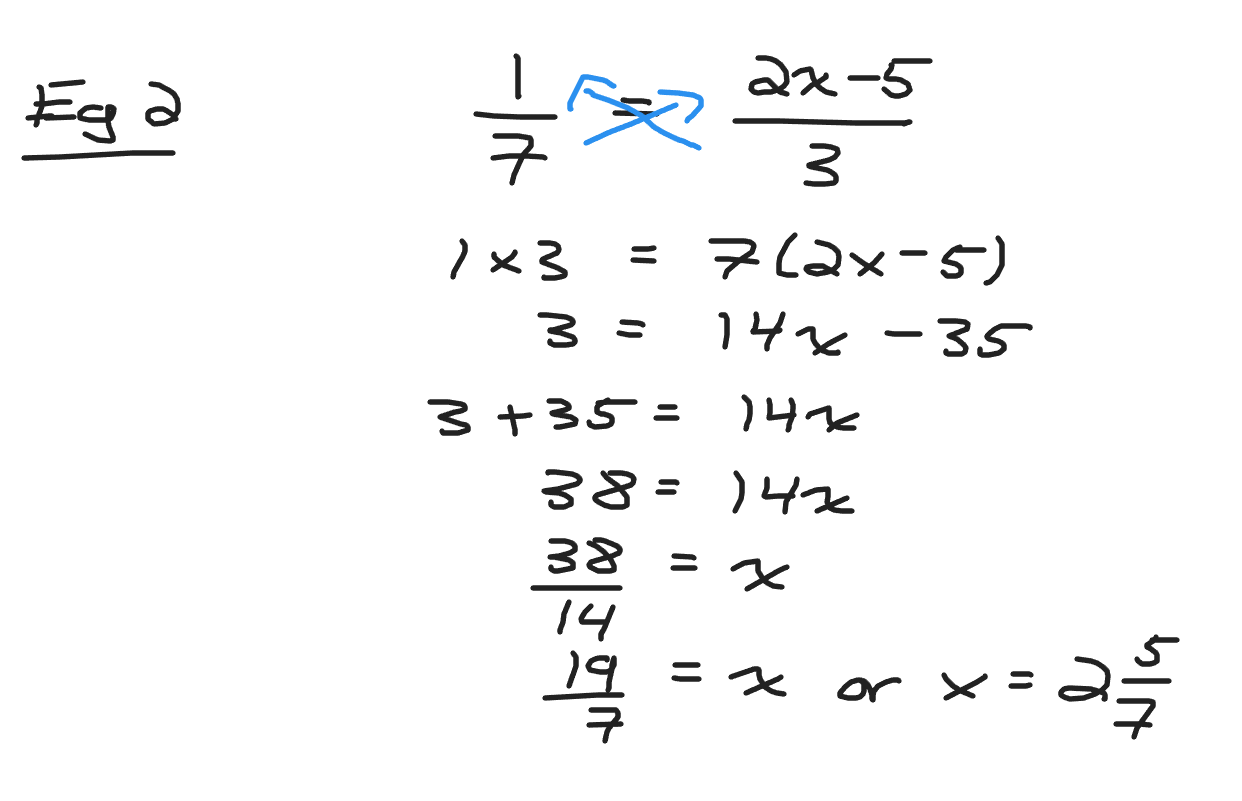 thanks for explaining it
!1UP