bozz in STEMGeeks • 8 months ago 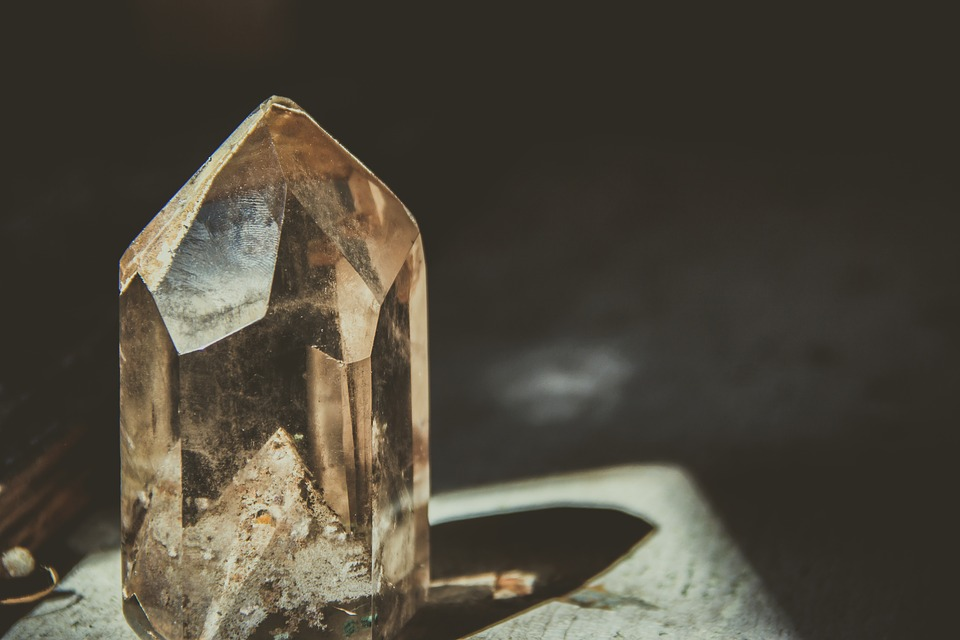 Clearly, this is just a picture of an actual crystal that I lifted and sourced off of Pixabay for this post. In my news feed I often get a some science stories that pop up along with the occasional crypto, pop culture, and sports offerings. Two of those science stories have really caught my attention lately.

The first one isn't so new, it happened just over a month ago but it had to do with the US using a laser to create "10 quadrillion watts of fusion power for a fraction of a second". This breakthrough puts them another step closer to the dream of creating a fusion reaction that produces more energy than it costs or consumes to create.

If you are of a certain age, you are no doubt familiar with the Mr. Fusion on the back of the DeLorean in Back to the Future. Imagine a device that can create unlimited power by using the most miniscule pieces of matter. Basically trash turned into energy. That is the brass ring right there.

Now, this breakthrough by no stretch of the imagination means we will soon be powering our cars with banana peels, but perhaps one day we will. It might be in five years, it might be in one hundred, but the fact remains that we are marching towards that goal and making new breakthroughs every step we take.

My hope is that this is something I see in my lifetime. If these articles I have read lately teach me anything, I definitely know that the impossible isn't quite as concrete as we once thought.

Take the other article for example.

Researchers used the Google Quantum computer to demonstrate time crystals. Now, you might think the fact that they merely demonstrated them doesn't mean much, but earlier this month another research group claimed to have actually created one.

a time crystal is an object whose parts move in a regular, repeating cycle, sustaining this constant change without burning any energy.

Why is this important? Besides the useful implications it might have, what I find most exciting is the fact that it basically turns everything we know about physics on end. I honestly never thought I would see this kind of breakthrough in my lifetime. I knew it was going to happen eventually, I just never quite thought I would see it.

Basically, if time crystals can constantly change without burning energy, that throws out everything we know about the second law of thermodynamics. A law that has been tested by time and pretty much considered a constant throughout the universe. I think the fact that something can throw doubt on laws that we have accepted as the gospel truth opens the door to any number of other possibilities.

Travelling faster than the speed of light? Impossible! Maybe not so much anymore.

Teleportation (like someone else just wrote about), no way you can't create matter without destroying matter, what would that do to a human? Well, maybe there is a way around it we just haven't discovered yet.

The frontier is seriously endless. If there are holes or loopholes in the second law of thermodynamics, what other "rules" of nature have we been wrong about simply because we didn't have all of the facts or information?

I think these to subjects that I mentioned above are worth keeping an eye on. As much as crypto is changing the financial system as we know it, these two things if continued advancements are made, could change the world and life as we know it. Not that crypto doesn't have the potential to do that too, but you know what I mean...

I've been hearing about fusion energy since I was a kid. Creating and sustaining the conditions for it seems a major challenge. Not so easy to reproduce what goes on inside the Sun.

I agree, but still... It seems we are getting closer than I ever would have imagined.