My Solution for Transferring Files from a Dead Laptop - 2,5"Hard Drive Enclosure - Armor A30 Enclosure

I decided to dedicate this post to solving a huge, for me, problem of transferring photographs from a sleepy, tired, dead laptop, which stopped showing signs of life at the end of last year, but stored more than two hundred gigabytes of author's photographs, which I collected in the archive for the last four of the year.

I said that the problem is huge, but, this only applies to me, for you, I'm sure this would not be a problem if you are well versed in computer technology.

But, I can’t classify myself as such, I need the computer to turn on and do everything that is required of it, and, in the evening, go into sleep mode in order to wake up again in the morning and start working.

Then, I turned to repair shops, but I was not satisfied with the repair work up to two weeks, as a result, on the same day I bought another computer, but, as you understand, I had to re-take photographs for further work in the Hive.

Then, I turned to repair shops, but I was not satisfied with the repair work up to two weeks, as a result, on the same day I bought another computer, but, as you understand, I had to re-take photographs for further work in the Hive.

As you know, there is a war going on in Ukraine and it is unsafe and forbidden to walk the streets of the city with a camera in your hands. More precisely, it is forbidden to photograph military equipment, checkpoints, moments of rocket explosions and everything that can become a guide, target designator for enemy missiles and artillery.

Therefore, my stock of photographs began to evaporate before my eyes, melting like ice in the palm of my hand, and I decided to try to transfer files from the hard drive of the old laptop to the new laptop.

Once, when all the cache was left in the grocery store, I passed by a small radio parts store and decided to inquire about the possibility of transferring files.

As it turned out, at that moment there was a USB cable with sockets for connecting an external drive, it cost $ 6 and I would have bought it with pleasure, but I already said, at that time the pockets were already empty.

After that, several months passed, the war began in Ukraine, and the day before yesterday, I used up the last photograph from the new photo archive.

I was not worried and went to the market, but as it turned out, the cord had already been sold.

During the war, most computer equipment stores closed, I ran around all the stores. but did not find such a cord.

When I was already completely desperate and was about to go home, the salesman asked me ...maybe an external drive pocket would suit you?

As they say. all is well that ends well.

The hard drive pocket was called - 2.5" Hard Drive Enclosure - Armor A30 Enclosure and it was priced at $12, which was twice the price of the cord, but the box looked nice.

So, I had to connect my hard drive to this device.

This is what my computer's hard drive looks like, which turned out to be more expensive to repair than to buy another computer. The cord that I saw earlier had the opposite part of this connector, and the disk pocket, which I can still see a lot, is sealed in the box. This is how the miracle of technology 2.5 "Hard Drive Enclosure - Armor A30 Enclosure looks like. To be honest, I was skeptical and doubted that I would be able to transfer files. The reverse side of the package with words I do not understand. I thought that I would need screwdrivers and scissors for the job. I carefully cut the bottom of the wrapping, this was a guarantee of the return of the tomar if it does not work as it should. From the package, I took out two black plastic plates, a silicone casing and instructions ... though I didn’t read it, I didn’t have time. From the package, I took out two black plastic plates, a silicone casing and instructions ... though I didn’t read it, I didn’t have time.

Hidden inside the silicone casing was a chip with a USB connector on one side and a hard drive connector on the other side. As the tailors say, the first fitting. So, armed with a Phillips screwdriver, I began to unwind the hard drive case, otherwise, it would not fit in my pocket.

But, here, a fiasco awaited me, a Phillips screwdriver is not suitable for this job, asterisk screwdrivers are needed here.

I doubted that I had them, but decided to look. I found them in a Chinese...Swiss multitool penknife. Yes, this is the knife without which I would not have done the job. There are four Phillips screws on the ends of the hard drive.

Yes, so as not to forget, when we remove the casing, the screws will need to be returned back so as not to be lost. Thus, I removed the disk from the casing. I love this indigo color lol. Another fitting of the suit. Now, we stick the disk together with the microcircuit inside the silicone casing so that the USB socket of the connector and the window in the casing coincide. I'll turn around for a better view. Now it's the turn of the plastic plates, which will need to be fastened together with four screws that come with the pocket. It takes a lot of effort to screw them in. Now, insert the USB cable from the kit into the USB socket of the connector. As a result, it turned out such a nice device that pleased me with the speed of file transfer and now serves as an external drive that is convenient to carry with me, if necessary.

I absolutely do not regret that I did not get the USB cord that I was looking for initially. If you are interested in what was written on the back of the package, please take a look.

I will be happy if this post is, at least for someone, useful! I am sure you feel great when after putting your HDD on the enclosure and see it works. 🙂
Congrats.

Thank you so much for your wonderful comment. Yes, from that moment I felt a surge of strength. if I may say so. Yen had doubts. That for small money it is possible to solve this problem. I was happy to see my photographs again.

Because this is such an awesome post, here is a BBH Tip for you.

. Keep up the fantastic work

You need to own more token

Congratulations on completing a big thing, but be careful, when the hard disk is working, please keep it stable and do not shake, otherwise it is easy for the disk to start to appear bad tracks due to impact and cannot be read after a period of time.
!PIZZA
!LOLZ
!PGM
!LUV
!MEME
!CTP

Thanks a lot for the helpful advice. I will definitely take this into account when working with a hard drive. 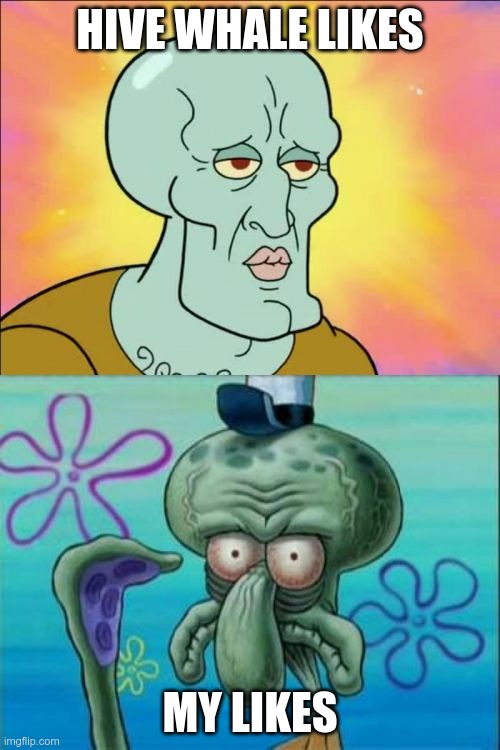 Thank you so much for supporting my post, have a great day!

Thank you! I had big doubts that I could do it and my hands were trembling when holding a screwdriver)

I believe you, there was a lot at stake 😬😳, now you have your great photos 🤗😄, this is really a miracle of technology and you managed it even with big doubts and with trembling hands, great 👍🤩

Thank you, the machine works well, we have already become friends)

I certainly agree that the cost of repairing the laptop or computer is twice than just buying the small parts like you said the USB cord that might just do the trick! I had 2 external drives but one also stopped working after 4 years of service. Thanks for sharing for this! I now know what to do just in case my 8 yr old laptop suddenly dies. It's on the brink of death actually. 😂 but its perfectly working well after 3 or 4 times of repair work.

Yes, practice shows that in this case it is impossible to fully insure yourself, it is common for equipment, sometimes, to fail. I think that this option is good for relatively short-term use in order to recover lost information. Thank you so much for a great comment!

It would be wrong if I didn't say thank you for the tip from @macchiata, thank you so much!

I love the post and it's quite helpful. Since it's a day old already, I left the tip hehe

I'm glad you found my post helpful. To be honest, I thought it deserved ridicule because I'm a little behind the modern innovations)