This is a long-time due article. About 6 months back I booked an electric bike called Revolt RV400. Revolt is the company name and they have two variant bikes with differences in specs. I picked the one with better specs which is RV400. I wanted to write an article as soon as I booked the bike but I was in a confused state about whether to purchase an electric vehicle or not. I then decided to go for it. There was a waiting time of 6 months to get the bike delivered. I was waiting for over 5 months and I got my bike delivered last month.

I had been using the bike for about 1 month already and also completed the first service. The bike looks very good and the most interesting thing is the technology behind this. There are no big components in the bike except a motor, a controller, a battery, and other basic bike body components. The battery and the motor are the two major components here. I don't want to go into details about my bike because anyone can see the specs and details online. I want to share more about how I feel and the experience the bike gives. 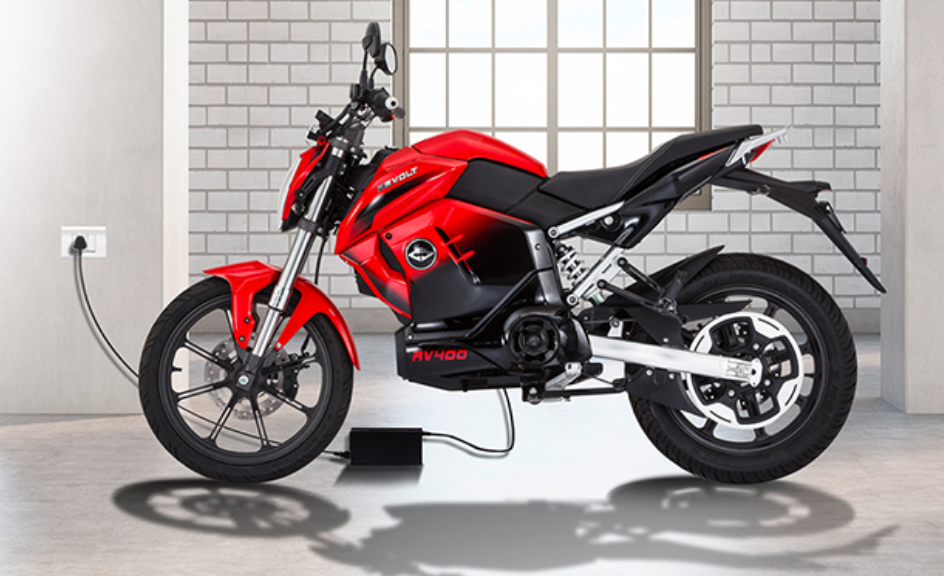 First I would like to start with the fuel costs. There is no fuel cost here. I don't have to use fossil fuel anymore to commute. Of course, I use a battery that is made of Lithium and it is not an abundant material in the Earth's crust but that's better than refilling my bike with petrol which is getting costly day by day. The affordability is getting really high in terms of this fossil fuel and that's one of the primary reasons why I wanted to switch to electric bikes. I still have to charge my bike battery once every 3 or 4 days. That's okay compared to spending on Fuel every week.

This is one of the biggest advantages every electric bike has. The cost of electricity is cheaper compared to the fuel price and the battery doesn't even consume so much electricity. It appears that if I use my bike for over 50,000 Kilometers I will be able to get my vehicle cost back and in addition to that, I'm also getting my commute done. So it is a win-win.

I know for a fact that the Electric vehicle industry is not fully ready but they are experimenting with many things right now and I was excited to be a part of it. I know it was an experiment when I bought the bike but I still wanted to participate. Every time I charge my mobile phone and bike, I have a small fear but I still want to be part of this revolution. Hopefully, the batteries should sustain for at least another 5 years and I will be in constant touch with the bike showroom to do a health check on the batteries. The technology is just starting and let's how it grows drastically in the next 5 years.

My first step to going green

I'm really proud to ride with a price. Even though electric bikes are not 100% percent participant in the green revolution, it is definitely better than an IC engine bike. There are two things involved in IC engine-based bikes. One is fossil fuel depletion and another is the pollution we create to the environment. With the help of electric bikes, I'm able to at least control the pollution bike does to the environment. I know there is small pollution from batteries as well but comparatively, they are less.

There are talks about how to find an alternative for Lithium which is what is being used for batteries right now. Earlier it used to be Lead Acid batteries and creating a bike or vehicle out of it was not an easy one. With the help of fully sealed Lithium batteries, the future of the electronic industry is very good. There will be more and more innovations in the future but it would be great if more innovations happen around batteries making them lightweight and also affordable. Maybe using abundant materials like Sodium for example can be an alternative solution. Research is being made but let's see how this goes.

Waiting for about six months really worth it. Cost of fuel in my area too is high and increases unpredictable. I hope you maximize the use of the bike

Congratulation Bala for the new bike.

Thank you. My first step into a different world of commute.

congrats bala jii🏍 🏍and thanks to give green a chance.😄

I would like to see a real photo of your motorcycle 😊

Here you go. This is the real image of my bike. I bought a black color one. Wow it's beautiful! I also love black colour which makes it very attractive 😎🤩

Thank you. The riding experience is also pretty decent.