Why are many countries racing on mars landing mission...? 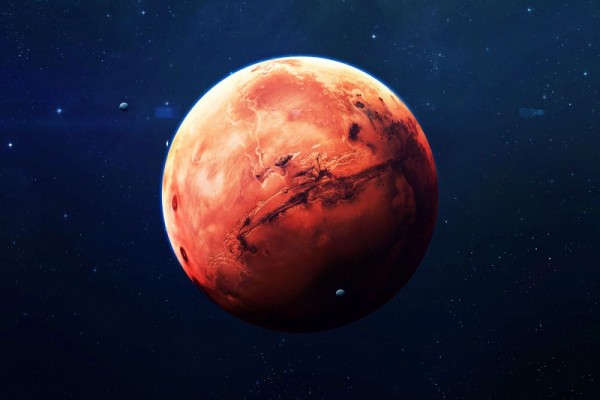 image source
it's a question that often crosses my mind, why are many countries so enthusiastic to be the first of being able to explore one of the closest planets to this earth. China and the USA are one example of how competitive the mission to this red planet is. the two superpowers spend billions of dollars to be at the forefront of this mission. India and Russia also don't wanna be left behind, even surprising.,, one of the Middle Eastern countries of the UAE has successfully launched their spacecraft from the Japan space base on July 20 last year and it's targeted to cross Mars' orbit for 1 year (687 days of mars).

Looking at the efforts these countries are doing, of course we wonder what is the reason that make them so enthusiastic about this Mars landing mission, and after searching several sources I get some reasons why these countries seem to compete to be the first of this mission.

I think this is one of the biggest reasons why many countries have ambitions to be at the forefront of the Mars mission, especially big countries that are already competing in various sectors such as the USA and China. Whoever is more successful or being forefront of this mission will certainly make the country proud and affirm its title as a country with amazing technological advances. What the USA achieved in its competition with the Soviet Union in the race for space mission 52 years ago is one of the example of the objectives of the various space missions carried out by these countries. we know that USA managed to come out as winners and managed to strengthen their country as a leader in technological advances with the Apollo 11 mission which succeeded in making history by landing Neil Armstrong as the first human to land on the moon. This success made USA's name lifted for technological superiority and is still attached until now. so i think the reason of the race in this Mars mission is not much different from what happened between the USA and the Soviet Union 52 years ago. that Whoever manages to land humans on Mars, then the title of technological superiority belongs to them..

this is the second reason why so many countries are competing on the mission to land on Mars. finding out about the secrets of the universe is something that has really attracted human attention for a long time. and researching planets that close to the earth is one of mankind's historical breakthroughs to find out a lot about our universe. especially when we know that until now there have been no signs that there are species or living things outside our earth. so there is a strong desire to know about it. Moreover, this red plenet has some similarities to the earth...just some

So guys, do you have your own views about the reasons why these countries are competing on Mars mission?, please comment bellow !