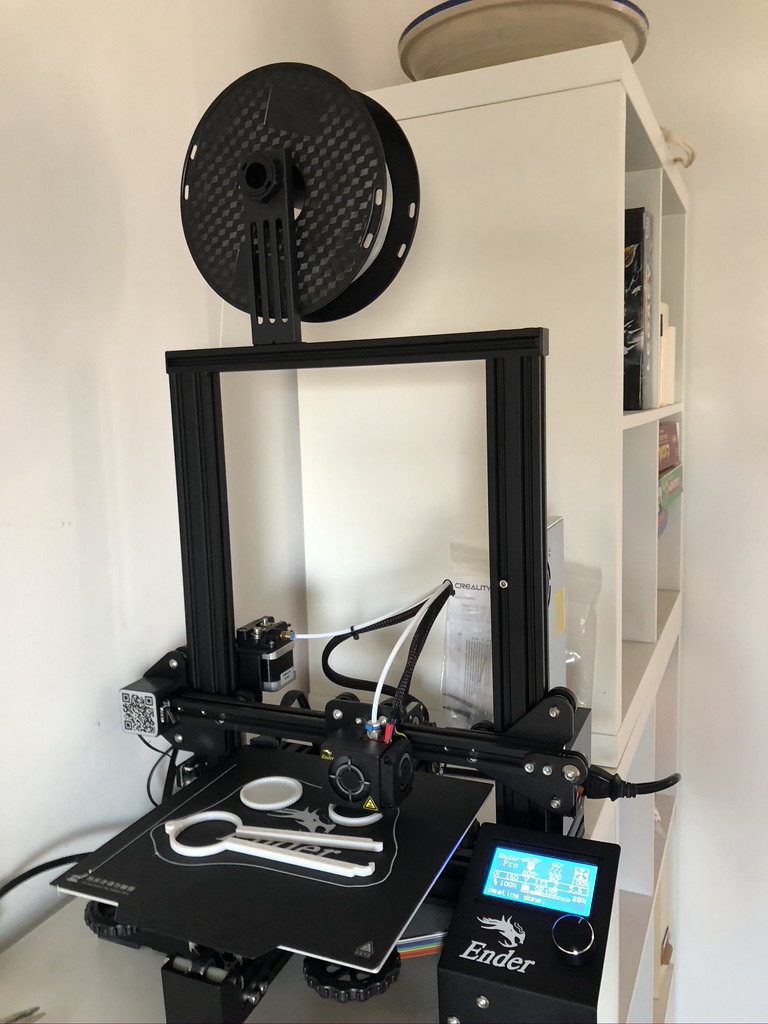 For the price it is a great printer - the perfect thing to get started on.

But it does have some downsides though:

So I did some investigation on how to improve things, particularly using fellow Aussie Teaching Tech's videos.

The standard Ender 3 Pro mainboard is an 8 bit Arduino based board with integrated stepper drivers and a limited range of expansion pins.

I saw that BigTreeTech had a range of 32 bit mainboards that would take a range of more advanced plug in stepper motor drivers.

I also wanted to install Octoprint and get network connectivity for my printer using a Raspberry Pi.

So I planned a major upgrade of the "brains" of my 3D printer.

These were mostly ordered on Amazon and delivered without taxes and with free shipping (pre COVID19).

There are many mods of this on Thingiverse but I liked the one with the BigTreeTech and Raspberry Pi logos. 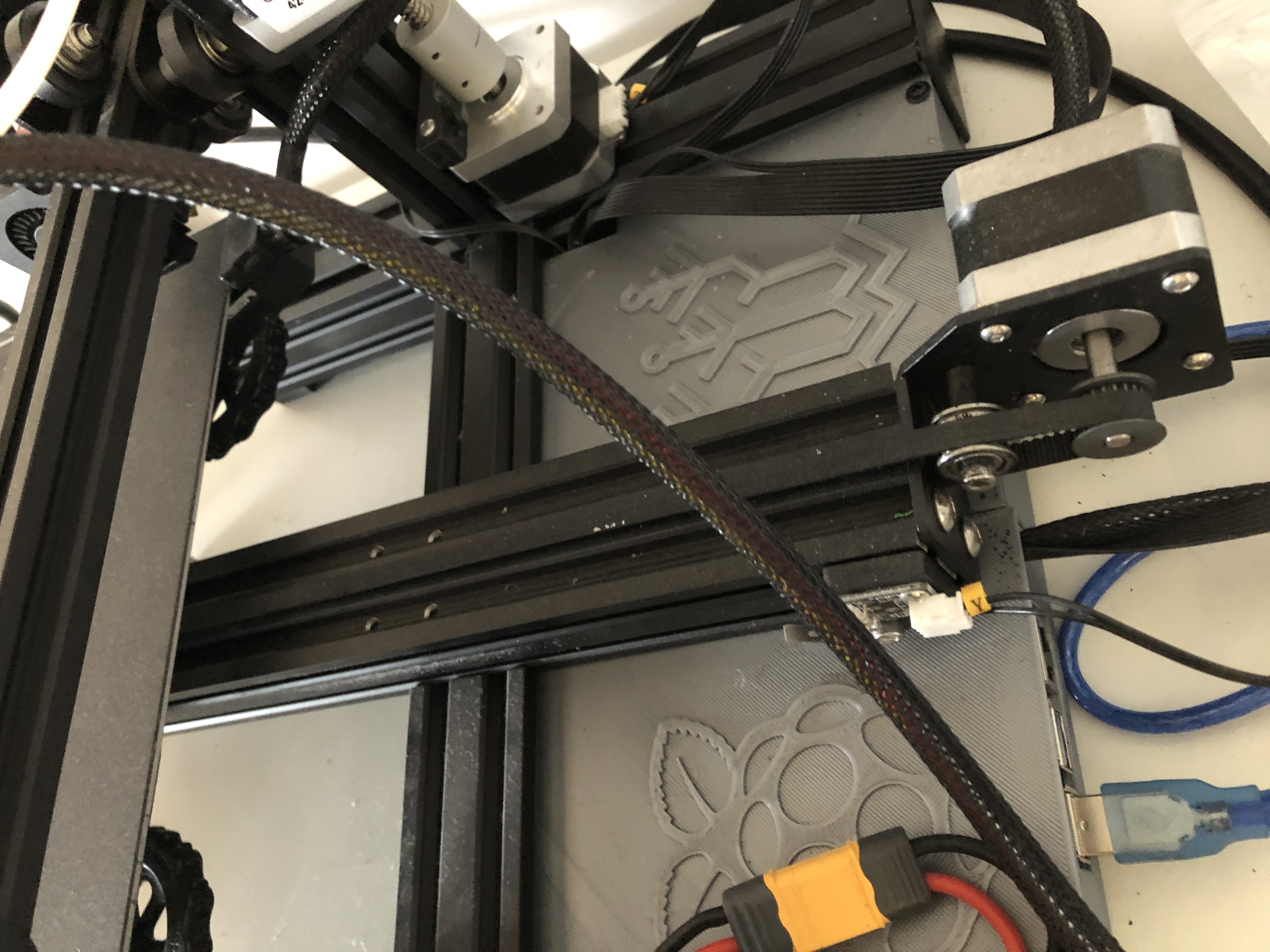 It was a little bit tricky disconnecting and reconnecting all the cables and getting it all to fit back together but I managed. As I was doing the install, I read about Klipper - new 3D printer firmware that runs mostly on the (much more powerful) Raspberry Pi 4 (64 bit) and just uses the printer mainboard for controlling the stepper drivers.

By using the rPi's much faster microprocessor far more advanced features can be implemented than even in Marlin 2.0 on a 32 bit board.

It integrates fully with Octoprint to create a seamless experience.

Changes in the firmware are done via a single .cfg file in Ubuntu rather than the clunky Arduino multiple sketch process.

I am very happy with the result.

For around $100 it was a very worthwhile upgrade to my Ender 3 Pro and made it as good as a far more expensive machine.

I still have to install the auto bed levelling and filament runout detectors so I'll post a further update as to whether the extra $50 was worth it.

Hmmmm, bought my Ender 3 in Dec and haven't even taken it out of the box (shame)! Reading your post and in particular the integration with the Raspberry Pi 4 has repeaked my interest! Time to look into the Klipper software as well!

You should definitely get it set up. 3D printers are so useful. You can find almost any item you could possibly conceive of on Thingiverse and then adjust its size very easily to fit whatever you already have.

That looks sick, always wanted to get into 3d printing but find it time consuming to learn how to use the software :s

Have you seen much improvement in the prints running Klipper?

I haven't focussed that much on quality as most of my prints are functional items rather than pretty ones.

There is a lot you can do to tweak Klipper for better quality and/or performance.