Importance of nutrients in bovine nutrition

amestyj in STEMGeeks • 6 months ago (edited)
In the case of the animal kingdom, it is the means by which the necessary elements are obtained for the growth, development and physiological performance of the organism, since they are part of heterotrophic organisms. This is the case of bovines, which obtain nutritional elements primarily from pasture and forage, as well as from the different organic and inorganic sources that provide the nutrients necessary for maintenance, production and reproduction. 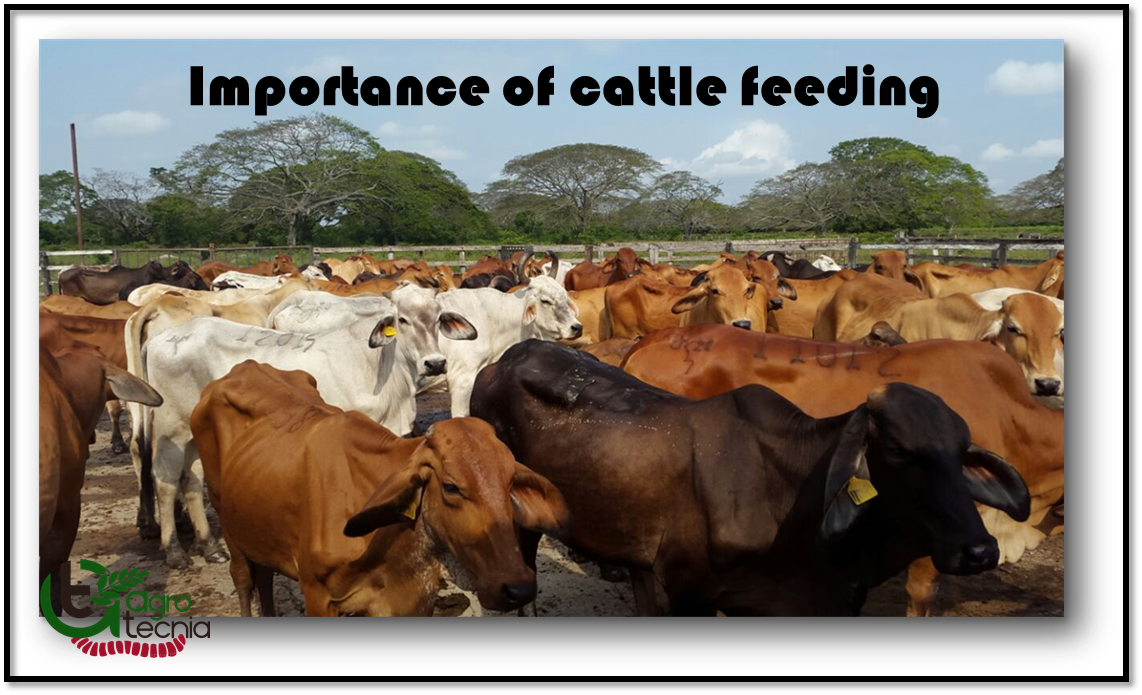 AGROTECNIA design by @amestyj with own images.
There are several nutrients necessary to cover the requirements of animals, among them are minerals such as calcium, a fundamental constituent in bone development, milk production, blood coagulation, among others, iron, which is involved in the transport of oxygen and carbon dioxide in the blood, as well as in the production of blood elements such as hemoglobin.There are innumerable mineral elements necessary in the diet of ruminants, which can be identified in two large groups called macro and micro, each with a specific and essential function in the organism.
The area south of Lake Maracaibo corresponds to a tropical zone, with very diverse ecosystems with respect to temperature, relative humidity and topography, important climatic and edaphic aspects to consider for the selection and adaptation of the herd. In the specific case of the municipality of Colón, temperatures range from 25 to 34 °C throughout the year, the topography is completely flat with an altitude of 0 to 5 m above sea level, which generates favorable conditions prone to flooding, and the relative humidity is considerably high with average values of 80 to 90%. Design made with public domain image taken from Wikimedia Commons
According to the above description, producers have selected cattle tolerant to these conditions, finding a mosaic of breeds in the production units, in which zebu mestizos predominate with European breeds such as Holstein and Brown Swiss, in addition to some breeds such as Jersey, Carora and lemon criollo. These animals have been destined to a dual-purpose production system with a tendency to milk and/or meat, under semi-intensive conditions.
The diets of cattle herds in the Municipality of Colón, Zulia State, Venezuela, are based mainly on the use of pastures in which Megathyrsus maximus and Cynodon nlemfuensis species predominate, in addition to forages such as banana pseudostems, corn silage, concentrated feed and the remains of some crops.Regarding the mineral component of the diet, producers use external sources such as mineral salts and molasses to supplement these elements in the diet of their herds; in some more technified production units they resort to the use of multi-nutritional blocks in order to provide the necessary nutrients.
According to Shimada (2009), cattle require about fifteen (15) mineral elements in order to guarantee adequate nutrition and ensure efficient milk and meat production, including the following:
- Calcium and Phosphorus: they intervene in the speed of growth, weight gain, bone formation, reproductive capacity, milk production, among other important aspects in the animal's metabolism.
- Iron: transport of oxygen and carbon dioxide in blood Participates in the production of blood elements such as hemoglobin.
- Manganese: bone formation or hormone production.

Dear readers, these are just some of the minerals that cattle need for their growth, development and production. Undoubtedly, one of the most important links in cattle management is nutrition in order to achieve high production yields.

Thank you for staying until the end. Thank you for your support dear friends !

Thank you for your support dear friends !