gems.and.cookies in Wednesday Walk • 2 years ago

This week, I had the opportunity to see up close again the condominium Ecoland 4000. This is the first condominium built in our city. Photo below shows the place circa 2007, when it was newly opened. It consisted of two identical buildings, a swimming pool, a basketball/tennis court and a clubhouse. 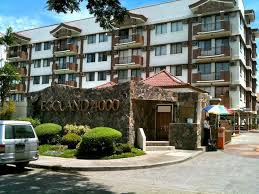 Last year in September and October our city was rocked by 3 big earthquakes, each measuring 6.3 or higher magnitudes on the Richter scale. The last one, on October 30 caused one of the buildings of the condominium to crash. I posted an article about this then, click here for the link to the post and this was how it looked after the earthquake. 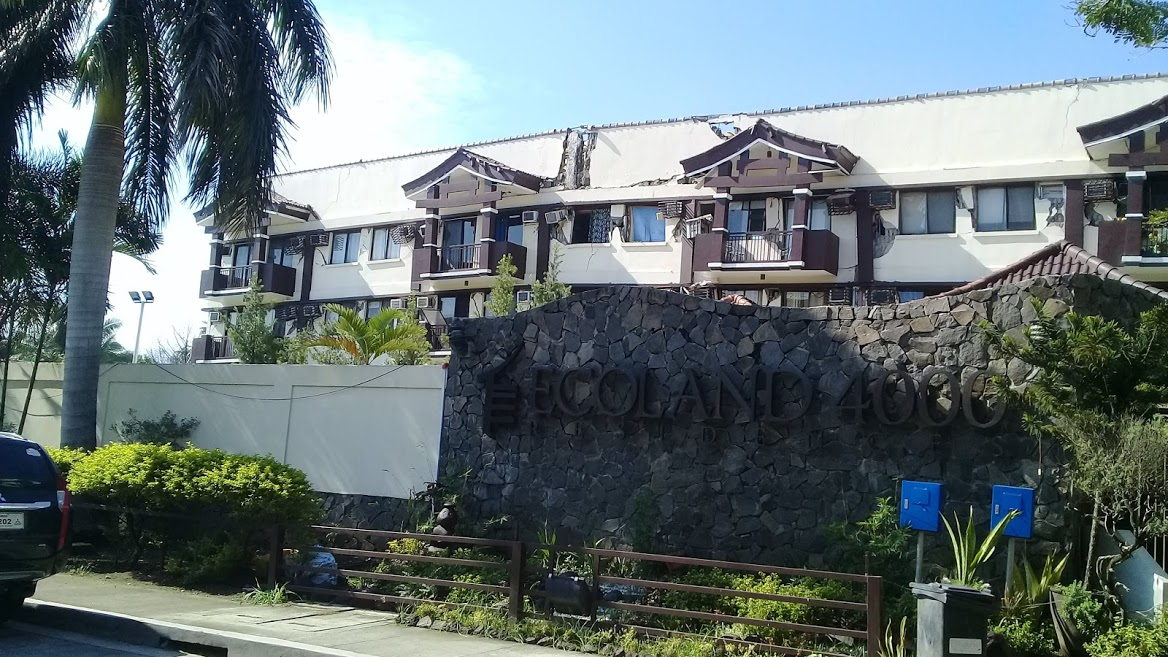 As can be seen in the photo above, the building on the left just crumbled, decimating the parking lot and the whole of the second floor. That's actually the 3rd floor lying on the ground. The other building was basically intact but upon inspection later showed signs of major structural damages as well. 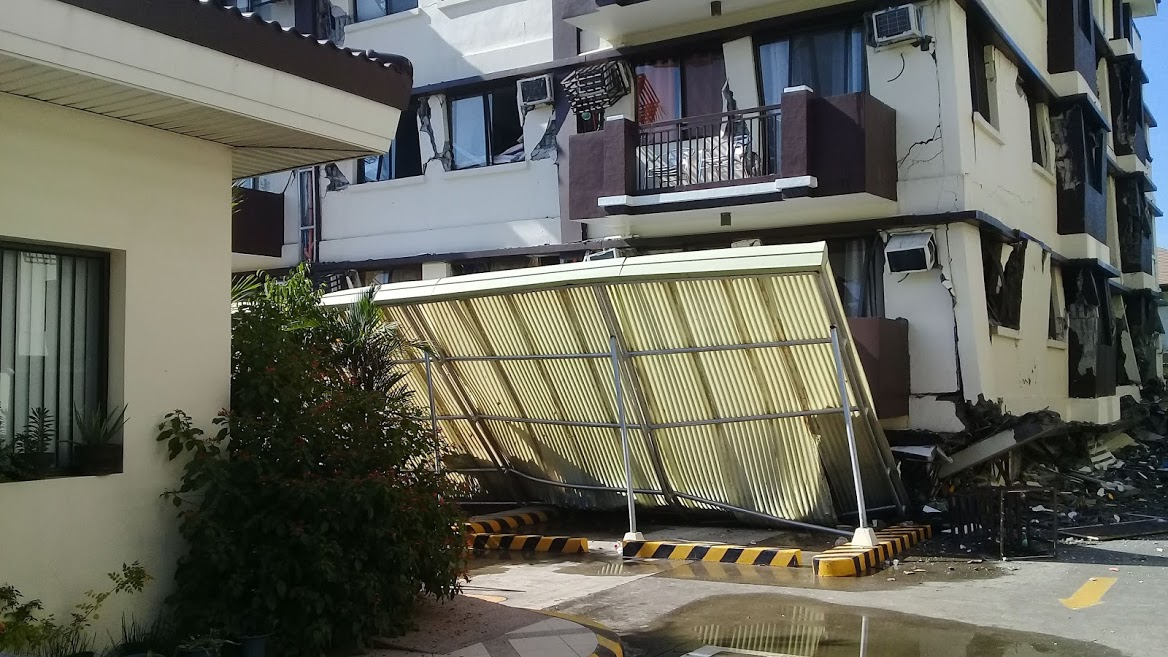 Luckily, no one was harmed in the incident. Most of the residents on the 2nd and third floors had already vacated the premises after the first 2 earthquakes, prior to the big one, had already caused damages to the buildings. Subsequent walks I did earlier this year before the quarantine restrictions in the city showed the building being covered by tarp from the outside. The demolition of the first building had begun. See photo below. 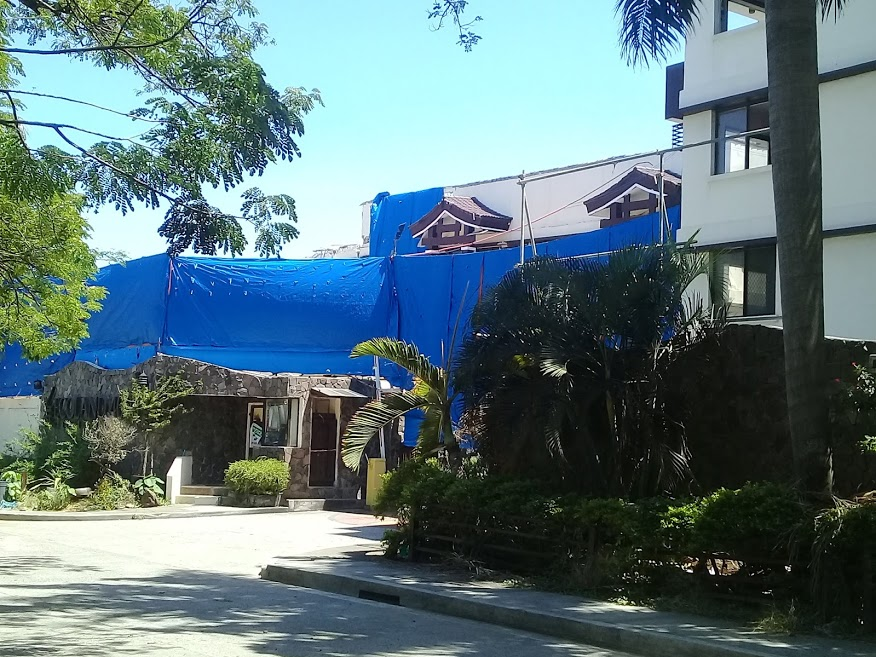 This week, as I mentioned above, I was able to visit the site and took some pictures of the ongoing demolition of the structure. See photos below: 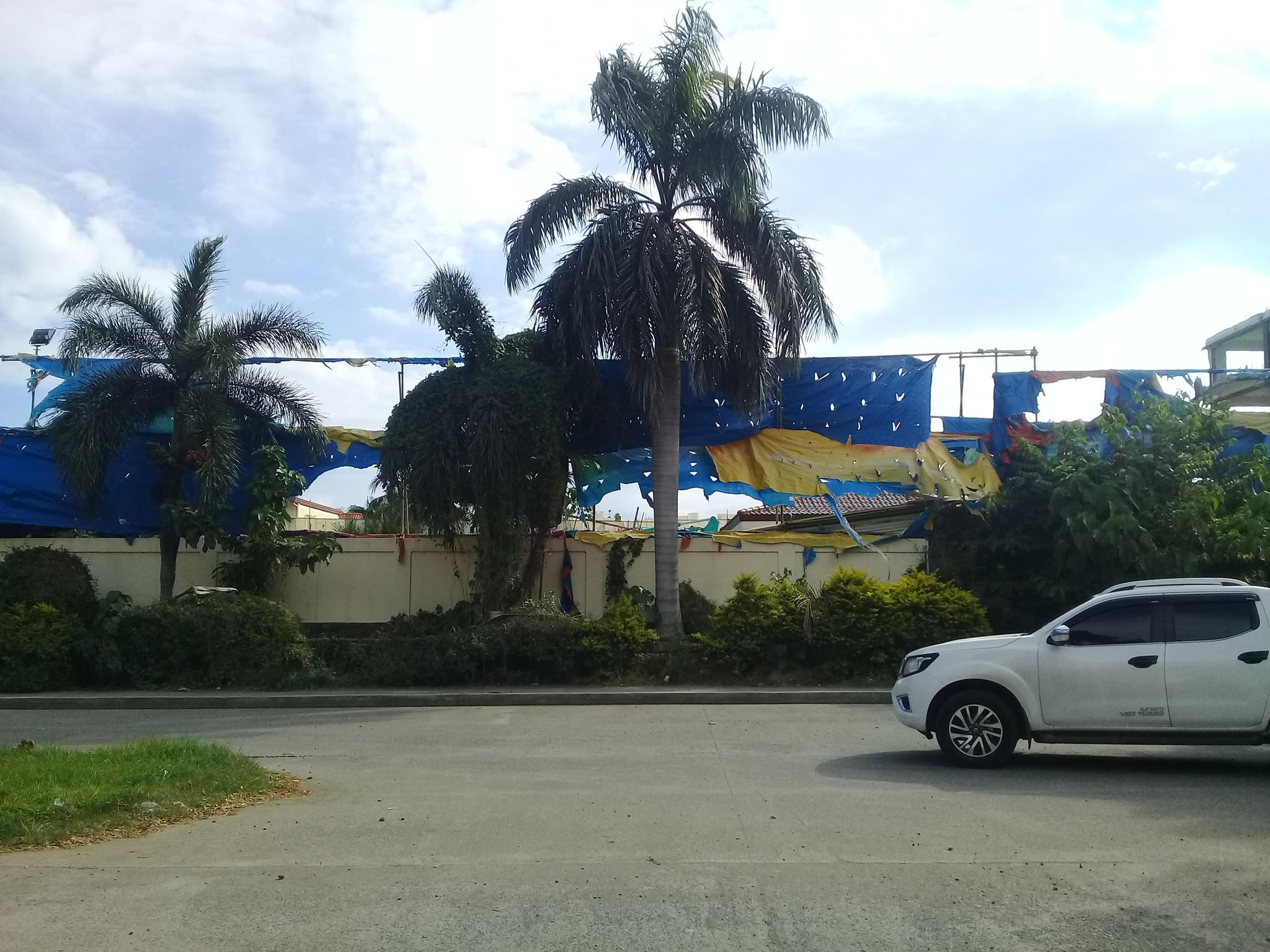 The first building is now totally demolished. The second building, which from the outside appeared not to be affected, was also condemned and ordered to be torn down. 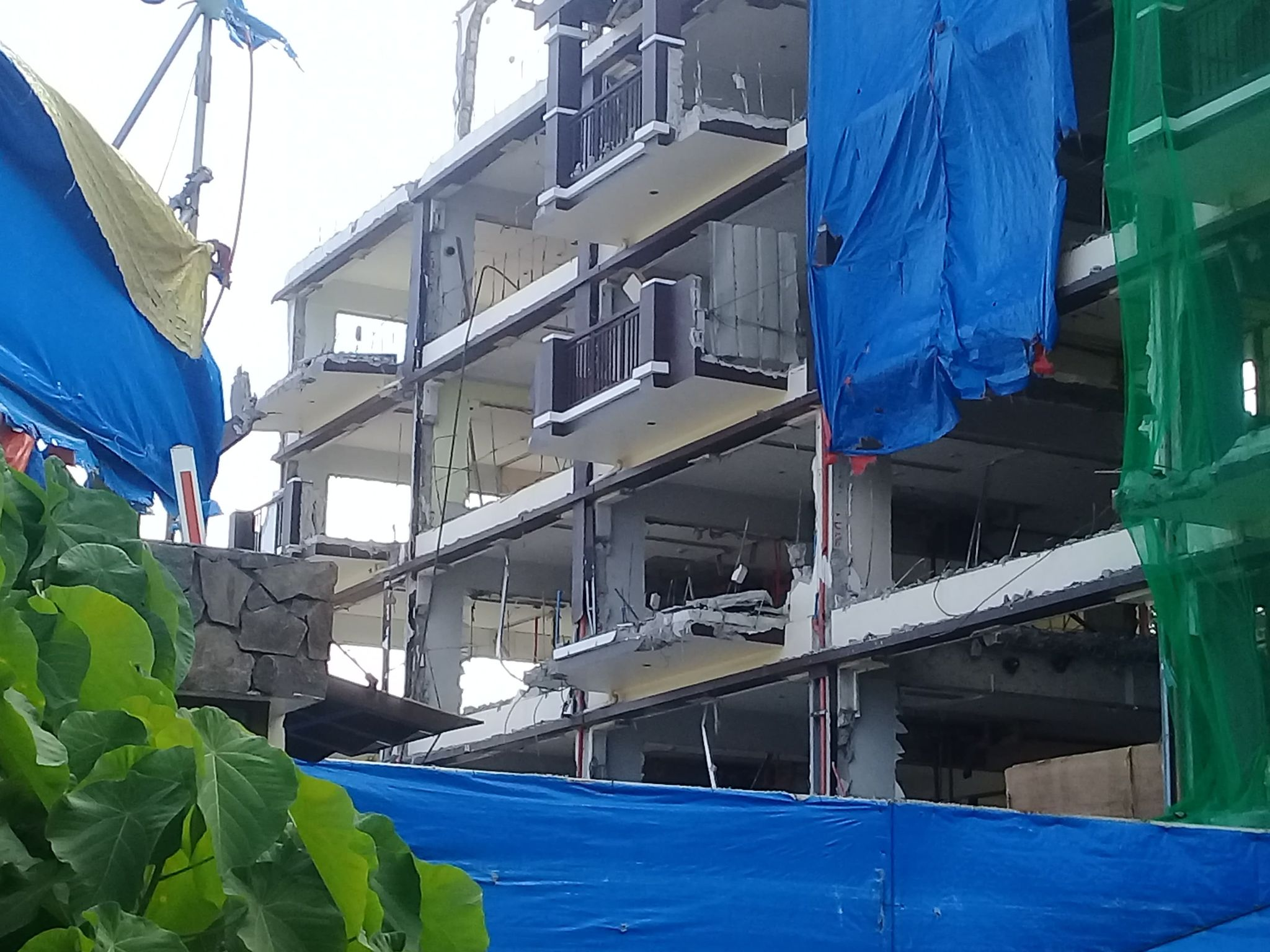 This actually caused a bit of sadness and nostalgia in me as I am now a witness to an end to a significant landmark in our city. The Ecoland 4000 actually started the condo craze in the city after its successful launching. Condominiums began sprouting left and right. In fact, directly across Ecoland 4000 is also a condominium. 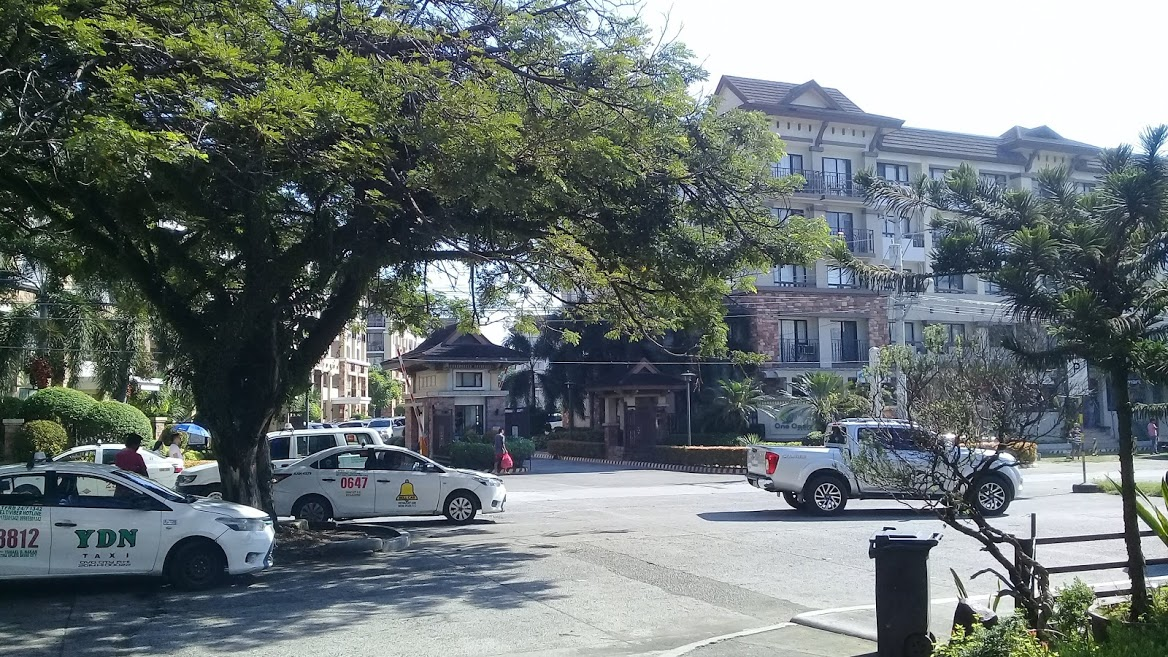 The condominium across is a complex of 5 buildings, each building bigger than that of Ecoland 4000. Yet, these withstood the earthquakes and are still habitable. Perhaps, there were issues about the design and quality of the construction materials of Ecoland 4000 so much so that the developer paid the condo owners 200% of the purchase price. Now what is left are these majestic palm trees which will probably be uprooted too.

Needless to say, sales of condo units in the city has suffered an all time low. Practically all construction works on condominium buildings have slowed down, if not stopped at the moment. And my guess is it will take a really really long time before it goes back to the pre-Ecoland 4000 level.

And that ends my Wednesday Walk post. Thank you for visiting and may you all have a safe and healthy week ahead.

(Unless otherwise specified, all photos are mine.)

such an interesting post thanks for joining Wednesday walk :)

My pleasure. You're welcome.

That appears to have been a great place to live... it's a pity to see it destroyed like that. What a waste. 🙄

I recall that there was a much taller building being constructed in the middle of your busy city that you showed n your previous #wednesdaywalk article. I suppose stricter building standards are being imposed some after the 3earthquakes?

WOW, earthquakes! I only have one experience of the earthquake, the last big one in San Francisco when a portion of the Bay Bridge collapse. I was in middle school, and my Mom and Dad brought me along with them to check out a possible private high school for me should we move to San Francisco. I recall that it was late afternoon after their meeting with the headmaster of the school, and we dropped by the St. Cecilia Catholic Church for a visit. (My mom believes that on the first visit to a church, you can ask a favor and it may be grated!) Anyway... the large crucifix suspended from the ceiling started to sway! My firs thought was that Jesus is showing us some sort of a sign,😱 hehehe... it was an incredible experience 😲of thinking that a miracle was happening right before my eyes. Hahaha.

Gosh, sorry.... I got carried away, and this comment is getting too long. LOL
Have a lovely weekend, my friend @gems.and.cookies, and take care 🥰🌺🤙

No reply is ever too long or too short. But I am much happier with long replies. They kind of linger in my mind much longer 😊.

Yes. After the third earthquake, all the buildings in the city were inspected and required a certificate of structural compliance from the city engineer's office before they could allow people back inside. Even my favorite mall had to close to undergo repairs.

That must have been a really big earthquake in San Francisco. From what I can recall from the news then, it said over 7.2 in magnitude. I'm glad nothing happened to you. Earthquakes are really scary. I'm glad I live in a one storey structure and not worry too much when earthquake strikes. Still, we all run outside the house everytime just in case something gives. So, did you ever transfer to San Francisco after your visit?

Yes, I was enrolled in a private school (not a parochial school, which here in the U.S. is considered semi-private because it receives public resources and funding from the Diocese). I loved that high school with a classroom size of not more than 5 and maximum of 10 for lecture and lab classes. After graduation, I then attended a private Catholic University in San Francisco ran by the Jesuits. I never left the Bay Area until I acquired my first home a couple of years after college.

Funny but I attended a Jesuit run school too, from kindergarten upto my graduation in high school. No wonder you look like you have a strong Catholic faith. Jesuits are very good educators and the foundation I had growing up with under their guidance is still quite inculcated in me. Problem now, though, is they're one of the most expensive schools in the country which is why in college I went instead to a government run school, the University of the Philippines.