REASONS OF YOUTH CRIME AND HOW TO MINIMIZE IT! IMAGE BY REPUBLICA FROM PIXABAY

WHAT IS A PROPER DEFINITION OF CRIME? Crime is usually defined by law. The law itself can be flawed or needs improvement. The colonization of black people was once legal. Providing shelter and protection to Jewish was illegal. WEED is legal in some parts of the world while strictly illegal in other parts. The same can be said about crypto. Law is not above all. It is dependent on us meaning the dependence on morals and ethics. The ethics and morals themselves can be different from person to person. There is no universal LAW(although religion and United organizations claim it anything that is not in practice and successful currently can't be a universal LAW) thus there is not a universal list of crimes too.

WHAT MOTIVATE PEOPLE TO DO A CRIME? The younger generation tries to do something new to stand out. When the cigarettes were new it was advertised as independent women's product. Unfortunately, as always, some got into the psychological trap (example of advertisement effects only). Same as this crime is catching an adventurous vibe and considered something cool especially mobile snatching at gunpoint. Tik Tok trends can be seen as an example of how youth can follow anything to be better than others in their imagination. Mant criminals' activities are a result of youth just being "ADVENTUROUS". LACK OF FAITH IN LAW:

Some of the times crimes happened because we lose out faith in the law. The recent incidents are the Farmer rally in India, the Canadian rally of Truck drivers, Pakistani vote of no confidence. Crime is controlled by the government and makes politics that we call law. What if something is wrong with the law itself? Anyone who challenges the law can easily end up being called a criminal. The crime itself is not always bad and it depends on perspective. Let's take the example of Robinhood. To some Robinhood is a HERO, to some, he is a criminal. Maybe some of us are making efforts on hive to avoid taxes legally but why even have a tax rate above 50%? Yes, in some places tax is above 50%. Mental health is vital to understanding crime. When we were kids somewhere in life we might have stolen money from our home. Some kids told us that it's normal and they do it too. The problem is a wrong start in life-related to crime, punishment is not a solution but with dialogue, we can correct this mindset in the early stages. "HOME SWEET HOME", and "MY PARENTS CAN NEVER BE WRONG" are overrated statements. Stress is one of the reasons for crime. A toxic environment can because by stress. The home environment or parents can be an underrated reason for crime because of stress. Also in many parts of the world mental health treatment is taboo.

HOW TO MINIMIZE YOUTH CRIME? HEALTHY ENVIRONMENT: Make sure that your home is free from a toxic environment.

ETHICS AND MORALS: Teach your new generation about ethics and morals, also let them decide for them self giving space for personality growth.

MENTAL HEALTH: Visit a profession from time to time. Also, spread awareness about it.

OBSERVE: Observe sudden behavior changes in the younger generation. Talk to them and try to guide them properly.

TIME: Spend time with your family. 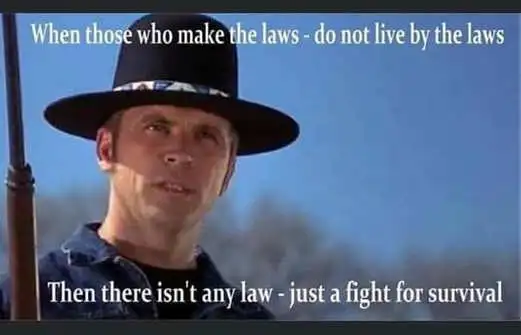 Thank you for your valuable visit on my blog. I will definitely try to read "THE IRON HEEL" and "LOOKING BACKWARD". These r books from 90s, is there any chance that they were famous in your time or your personal favourite?

I found Looking Backwards in paperback in a small, exclusive library.
I was not prepared for its conclusions.
As a life long crapitalust, and decadal convert to an-crap, finding that I was actually a communist took a few days to process.
I finally found why the old school anarchists were so anti-crapitalust.

I forget where I found The Iron Heel, somebody, or some book, referenced it and I researched it.
It does an excellent job of pointing out that crapitalism is designed to enrich the already rich and at the expense of everybody else.

I keep putting them out there hoping that the rest of the class catches up to what was known over 100 years ago but suppressed by the powers that shouldn't be.

I hope you tell somebody else about them, this one at at time thing I do is taking forever to change the mindset of the general public.

A better way exists.
One without war, poverty, and intentional tragedy.
We only have to adopt it as the new normal.

Archive.org is a wonderful resource.

Things are advertised the as if they are not real, look around how smoking and Ice evolved as trends. When someone is indulged in fantasy-based things it's a trap indeed. Don't hate the things only give them a try for adventure.

Stress is one of the reasons for crime.

Which type of stress can be the influencer?? Being opposed to creative or forbidden things can become a factor in engaging in crimes? I guess yes it's. Someone, we have related thoughts as we are the same component and survivor of the same society.
Well done !PIZZA !LUV

Don't hate the things only give them a try for adventure.

A mini trap that causes u to fall in big trap.

It's in our instincts that prohibited things fascinated us more, just like the crimes. A desire to know the deeper after committing that sin.

Observe sudden behavior changes in the younger generation. Talk to them and try to guide them properly.

I think this is one of the major reasons for the societal decadence. A lot of parents would never allow other people caution their children when they find them doing bad things. I remember growing up as a child, if I do something wrong and any elder sees me, he or she will caution me first before even telling my parents. But these days, if a stranger cautions a child, the parents will take it very personal with that stranger. Hence people have now developed a "it's none of my business attitude".

"it's none of my business attitude".

The same is about DVs on hive. If someone does plagiarism or tries to cheat the system by the wrong means, the majority will not react. Only the once might find them selfs with a lack of human resources as well as low mana issues.

MENTAL HEALTH: Mental health is vital to understand crime. When we were kids somewhere in life we might had stolen money from our home. There were some kids who told us that it's normal and they do it too. The problem is a wrong start in life related to crime, pushishment is not a solution but with dialogue we can correct this mindset in early stages. "HOME SWEET HOME", "MY PARENTS CAN NEVER BE WRONG" are overrated statements. Stress is one of the reasons of crime. A toxic environment can be cause of stress. Home environment or parents can be an underrated reason of crime because of stress. Also in many parts of world mental health treatment is a taboo.

Many crimes stem from justifications for the crimes they have committed. but if the justification is not done, then criminal things will not happen.

“We Are Just Ordinary People Driven To Revenge In The Name Of Justice. But If Revenge Is Called Justice, Then That Justice Breeds Yet More Revenge And Becomes A Chain Of Hatred.”

A very meaningful quote my brother

Infact, you have said it all your definition for crime is lit and all you said was on point thanks for sharing.

Thanks for reading my thought on crime. :)

You have really said well thanks for sharing

I totally agree with the government and mental health being responsible for the way most youths get involved in crimes. For me, I believe it starts with the mentality first and builds to other factors until the youth goes on without stopping

What do you mean by "government" word used in your comment?

Government in the sense of governance- the bad policies,the use of youths as instruments for destruction or plots..Even the Creation of most policies would make youths try something to oppose it

I try to less blame it on government, apologies if u think I blame on government instead I am against blaming on others. The blog is about self awareness and self improvement on personal level so I see no point to blame government policies nor I said or mention it in blog. If I do mark it, I will rephrase to make my meaning more clear.

No, not at all..i get your point of view. I am simply considering from my own system or society over here. But i totally get the angle you added