A new University study shows dramatic increases in smoking and drinking alcohol in Great Britain during COVID19 lockdowns. The resulting death toll could be as high as 8000 people annually. 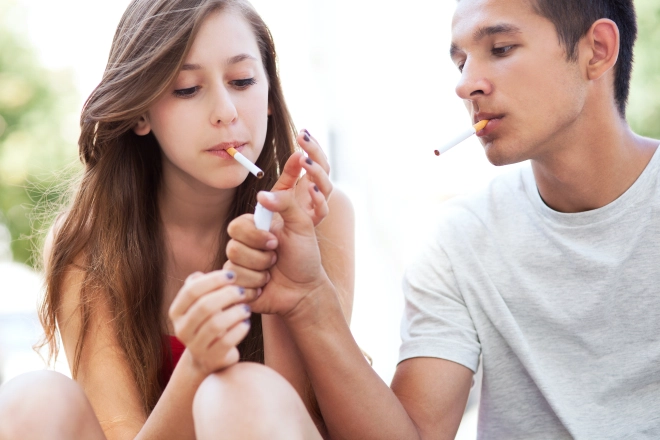 University College, London (UCL) states that "over 652,000 more young adults smoke, compared to before the pandemic" and "over 4.5 million more adults would be classed as high-risk drinkers".

Some rough calculations based on population data (a mixture of UK government data from 2017 and 2018 for smoking and drinking alcohol) shows me that:

Possible increase in annual deaths due to new smokers: 6722

Possible increase in annual deaths due to new heavy drinkers: 1117

So we have a total estimated new death count every year of around 8000 people in the UK alone.

This is classed as being in direct response to the lockdowns and associated challenges.

Smoking and drinking alcohol are two of the most damaging addictions and their mechanism of attraction is particularly nasty, since regular users perceive that the drugs 'feel good' but in truth they are mostly only getting relief from the body damage that these drugs do when they use over and over again. The false sense of stress relief and benefit are unconsciously integrated into daily life and become a habit that is relied on to try to feel better. From experience, a nutritious and balanced diet that meets our real needs, sunlight exposure, oxygenation and exercise will achieve a much better and more sustainable 'high' than these drugs can.

Deaths due to COVID19 Policies

From the beginning, myself and many medical/scientific researchers, doctors and professors have stated openly that lockdowns will do more harm than good. This is for a long list of reasons, but huge increases in addictions, mental health problems, domestic violence and poverty are among the knock on effects globally. It is estimated that around 100 million people have been forced into poverty by the restrictions.

The UK data alleges that 132,000 people have died 'with' COVID19 so far. It is important to understand that this is not the number of people who died 'of' COVID19, but the number who tested positive via a PCR test and who then died. Many of these people died of unrelated causes but were logged as deaths from COVID19 when really they were not.

We do not know how long the psychological effects of COVID19 policies may carry on for the UK population, but if we assume that it might take another 18 months for life to achieve something approaching a recognisable normal, then it might be reasonable to say that the increases in new smokers and drinkers might continue during that period and we might end up with an even higher number of new deaths per year as a result.

Let's take a conservative figure of 10,000 new deaths per year moving forward for the next 18 months. That would then be a total of 3 years and around 22,000 possible deaths. The length of time this might be spread over might be much more than 3 years because people don't generally die within 1-2 years of drinking heavily or smoking, though it can happen. In many cases people will remain smokers for many years or even for the rest of their lives, so mortality increases may take some time to show up.

The UK's vaccine adverse event reporting system has logged around 1500 fatalities associated with vaccine use. As stated by this UK Doctor, the reporting system is overly difficult to use and many Doctors simply do not use it or even know about it. This means that the UK system, as with the US And European systems is likely to be heavily under-reported - perhaps by as many as 100 times.

Given the huge potential for error in the logging of deaths from vaccine injury, it is a major challenge to accurately state the deaths caused by COVID19 responses, but it is reasonable to me to say that it is perhaps a minimum of 15,000 in the UK so far. This is not including elderly people in care homes that died due to contracting COVID19 when sick people were pushed into carehomes by government policies! This is also not including people who have died due to not receiving essential healthcare for non COVID diseases due to treatment cancellation.

At the very least it is clear that contrary to the vocal opinions of many people on social media, the perceived need for controls, lockdowns and behaviour modification may very well not be justified by the data overall. When all is said and done I remain fairly certain that the mistakes and deceptions involved right throughout this COVID19 experience will result in historians concluding that the response was worse than the disease.

Not at all surprising!

Yes, at a more accelerated rate than usual!

We are beyond 1984 or Brave New World. This was faster and easier then I ever thought it could be! We must unite and pushback. It’s far worse then I ever imagined. Many People wanna build there own prison

The reality is that most problems faced by humanity are the result of humans and their unconscious conditioning - so it should be no surprise how much worse things can get once people are pressured in ways that demand conscious response and balance.

I have said for many years that everyone is better off if they remove consent from anything that controls them!

that is an interesting findings. Yes This covid and all of the procedure followed realky has a great impact on our life