New evidence of millions of dollars of ongoing funding by the US for Coronavirus/Bat research to be performed in Wuhan, China has been exposed by a FOIA lawsuit by The Intercept. The NIH continued funding Eco Health Alliance and development of chimeric viruses from SARS CoV2 even after COVID19.. Continuing to this day!! A prominent US Biology Professor has stated that this proves that Anthony Fauci lied to congress by stating that no such 'gain of function' research was taking place, when it was and potentially still is! 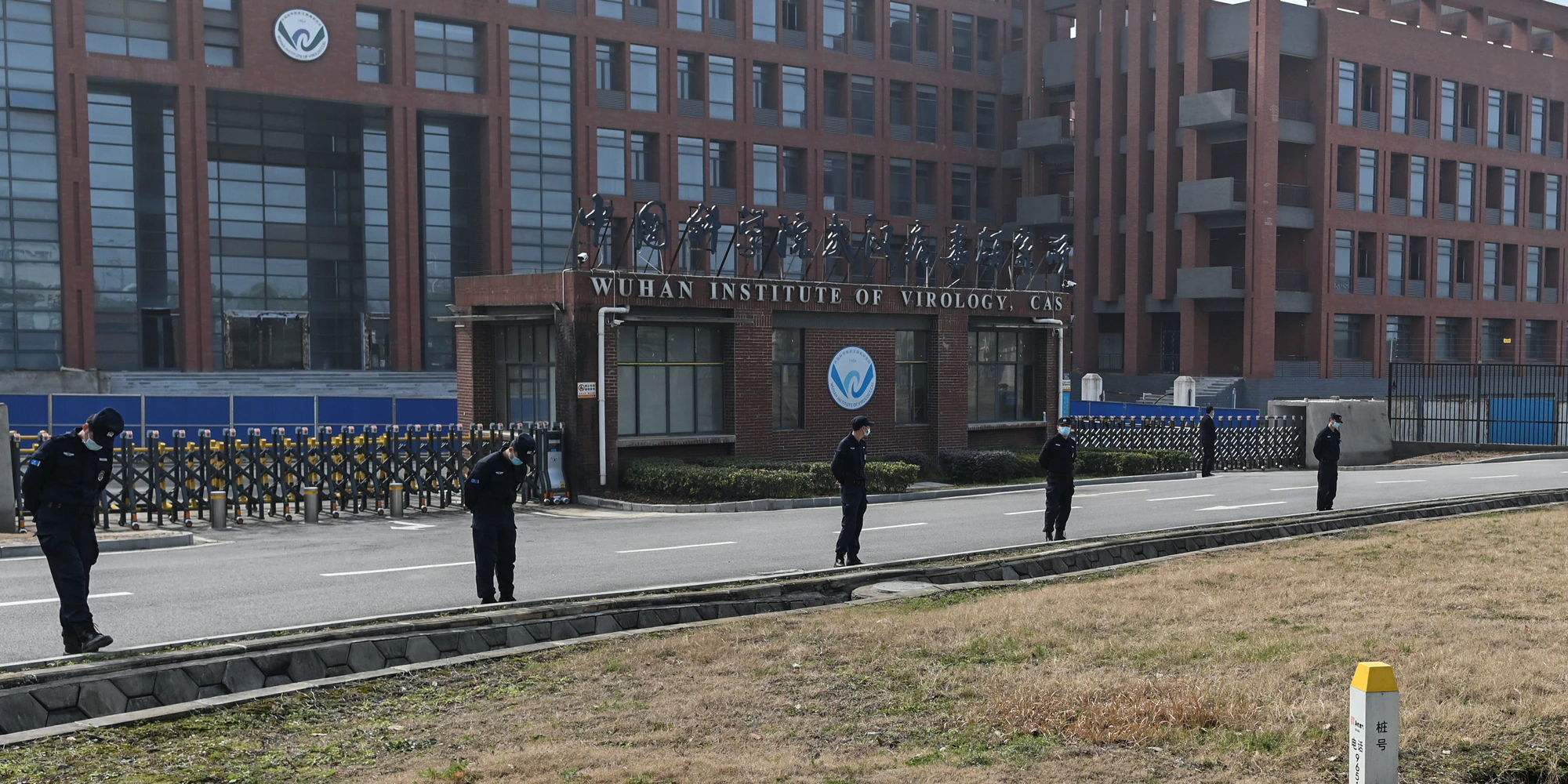 I first reported that scientific studies showed that bioweapons grade 'gain of function' research into Coronaviruses from bats was being performed in Wuhan China back in March 2020. Professor Francis Boyle, author of the US and world legislation on bioweapons spoke out to highlight the numerous scientific papers that made this clear at that time. He was heavily censored in mainstream media and even after Senator Rand Paul and others highlighted this research in the US congress, key voices such as Boyle remain silenced in the public arena.

Now, more than 900 pages of grant/funding information has been released due to a Freedom of Information Act Lawsuit in the US initiated by The Intercept.

In the two large documents (here and here), we see that not only that the US NIH funded Peter Daszak's Eco Health Alliance organisations in 2014 with millions of dollars to specifically engineer synthetic SARS CoV viruses and to hunt for viruses in bats in China/Wuhan, but that amazingly they have issued a new grant that came into effect last year to the same organisation for even more money to create new viruses based on SARS CoV2!

The following section makes clear that the project that is currently live and funded by the US NIH may involve the development of new viruses based on SARS CoV2:

Alternative approaches to those referenced above, including building chimeras based on SARS-CoV-1, SARS-CoV-2, and MERS-CoV, may be subject to the DHHS P3CO Framework and must be submitted to NIAID for review and approval prior to the work commencing.

So on the one hand we have Anthony Fauci stumbling over his words in Congress trying to claim that Gain of Function research on Coronaviruses didn't happen and wasn't funded by the NIH - then being forced to admit that such research did happen but then claiming it wasn't 'gain of function' - while at the same time, a large grant is live to fund the same people involved to work on potentially the same kind of work EVEN NOW!

According to The Intercept article, Gary Ruskin, executive director of U.S. Right To Know, a group that has been investigating the origins of Covid-19 - stated:

“This is a roadmap to the high-risk research that could have led to the current pandemic,”

They also quote Alina Chan, a molecular biologist, who said that:

The documents show that the EcoHealth Alliance has reason to take the lab leak theory seriously. “In this proposal, they actually point out that they know how risky this work is. They keep talking about people potentially getting bitten — and they kept records of everyone who got bitten,” Chan said. “Does EcoHealth have those records? And if not, how can they possibly rule out a research-related accident?”

Professor Richard Ebright of Rutgers University stated in a series of tweets that the documents prove that the research yielded at least one viral strain that was more dangerous than the original strain and thus we can translate this to confirm that 'gain of function' research was indeed taking place and may still be to this day! 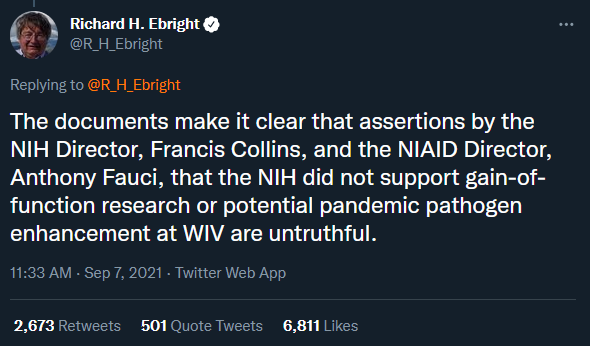 Will this result in prosecution of Dr. Fauci? I think at the very least there needs to be a serious investigation into the topic and especially into just how the US is apparently continuing to fund such research even after the spread of COVID19.

That said, the above findings would not surprise me if true.

There is a very large ongoing court case against the government and Fauci in the US that does go into a lot of detail on numerous points. Most people will not have heard of it. The media is extremely censored!

The intercept is the publication that handled the Edward Snowden leaks, they might not have a 100% track record, but they are probably better than the mainstream by a long way.

Well, I was gunna say, I do not consider mainstream media reliable or authentic by any stretch! LOL.

A d why isn't he in prison and allowed to hold office?

Absolutely, I am interested to know what happens once the blatant wall of denial crumbles!

I'd really like to know how much money we gave China to start this pandemic.

And I still say that we should just nuke the Wuhan infectious diseases institute. Everybody has 1 hour to get safety. No one is allowed to take anything from the Wuhan infectious diseases institute under pain of carpet bombing. The citizens may leave. And everyone working for the biological weapons engineering program needs to be identified tracked arrested and extradited to the Nuremberg War trials.

We have some serious crimes against humanity going by unpunished.

Do you think they made this in a lab creating markers of the HIV 1 gag virus for the glycoprotein to latch on to the ACE2 receptor? Population control on a whole new level?

I read comments from people more expert in cellular biology than I am and they often refer to HIV components that appear to be involved. One theory is that SARS CoV2 originated from an attempted HIV vaccine. I can't really comment as I don't have the experience to.

Blame the American people who closed down fort detrick as well as the research going on there and transferred it to a leaky Wuhan infectious disease institute. This is what happens when you outsource important work to the absolutely lowest bidder. China screwed over the French who were helping them build this entire complex. And it is no wonder how badly they are willing to screw over the rest of the world.

China is a blight upon the human race.

Technically, the 'outsourcing' happened because the work was extremely dangerous and outlawed. I think the problem is more that the work was happening at all than that it was outsourced.

Seriously? Don't we have enough viruses already?!?!?! Why do we need to make more?
!PIZZA and !ALIVE