PROOF OF "A man cannot be a human being without humanity"

topbooster in Proof of Brain • 5 months ago (edited)

Humanity is the sum of human qualities by which a person can be called a human being. The qualities are compassion, love, kindness, non-violence, benevolence, etc. The qualities that are not present in any animal together. That is why they are not called human. So we have more responsibilities as human beings. 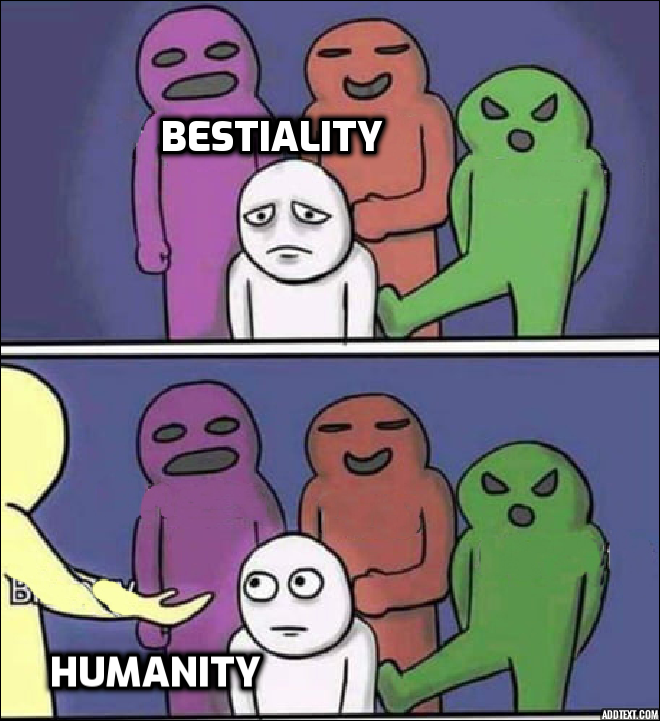 The world is full of people in human form. It is very difficult to find real people. Why real people are lacking. Why aren't we all good people? At this age you will easily find evidence, many bad people live around you. Maybe they are treating you well but lurking to hurt you. They will harm you whenever they get a chance. Then their masks will be removed. Their true appearance will be revealed. Suppose a man comes and rescues you from those bad people. He risked his life for you. Helped you financially if you suffered financially. If you are injured, take him to the hospital. Served you until you were well. He finally delivered you to your house. What would you tell him? If you want to appreciate his work, you have to accept that he is a superhuman. And a superhuman is a human. Isn't it?

A man cannot be a human being without humanity (Proved)