The day to day of those who work in electronics and its derivatives is to diagnose, repair and solve failures in equipment, appliances and others. Every day you learn something new and you never stop studying. A new component, or some pieces that you have never come across are the everyday in this type of work. 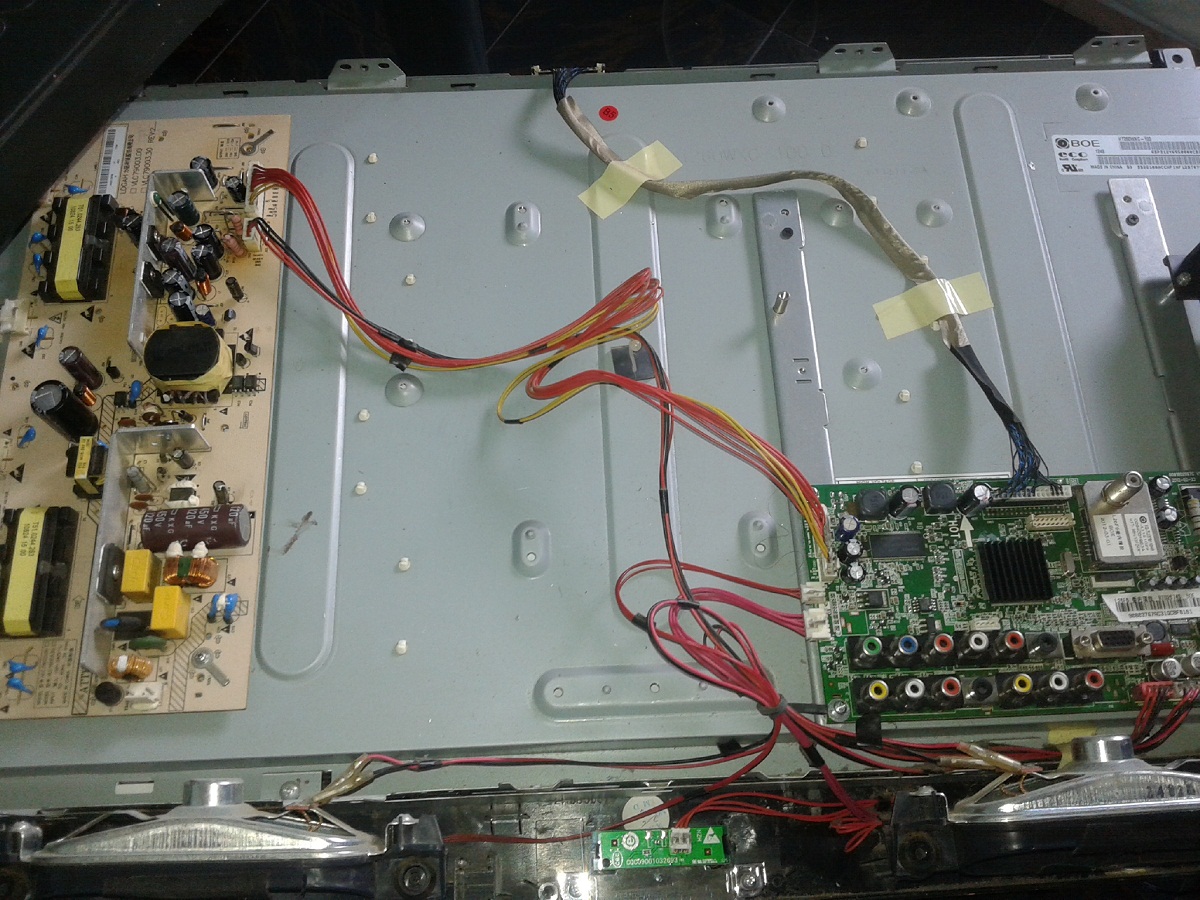 This time I was given a complex case of misfire of a 26-inch HAIER TV, model L26F6, which did not turn on. The owner of the equipment explained that before completely parking the image was blurry and slow, and one day it just did not turn on again. Obtained the explanation from the owner of the equipment, he proceeded to carry out the respective inspection and check of the electronic components closest to the fault described.

After the inspection I was able to verify through the measurements that many capacitors were devalued and that this caused deficient voltages in the power supply of the TV. Also that this failure caused the video card filters to also be devalued, causing the image to look blurry and slow, but also that the T-com card, in the screen honeycomb, lost connection with the COF cards, side from the screen. 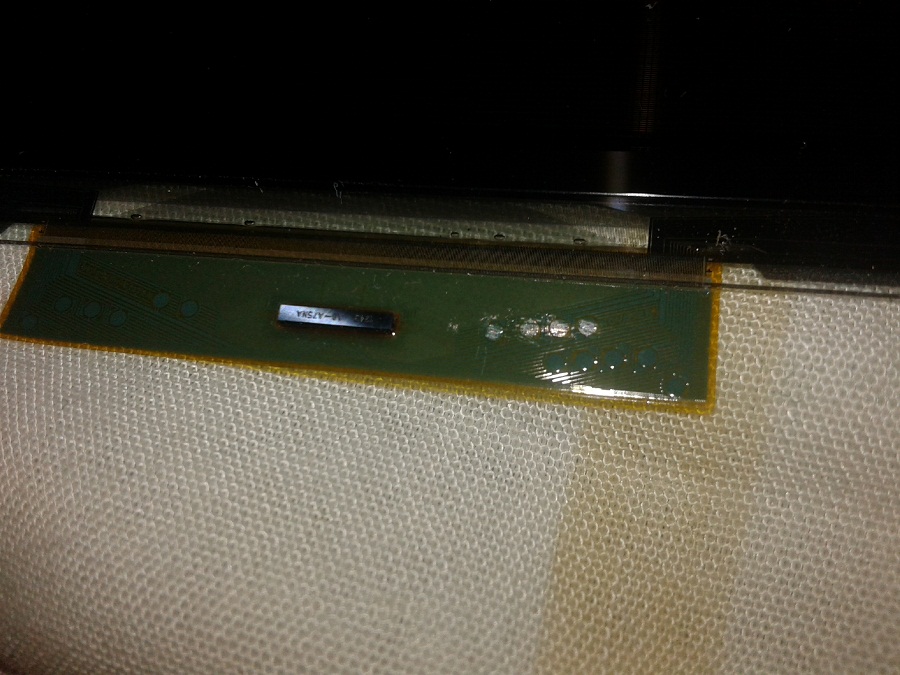 And for the Tcom card and the COF, it is enough to make a bridge with an enameled copper cable between the lost communication of VGH between both cards. 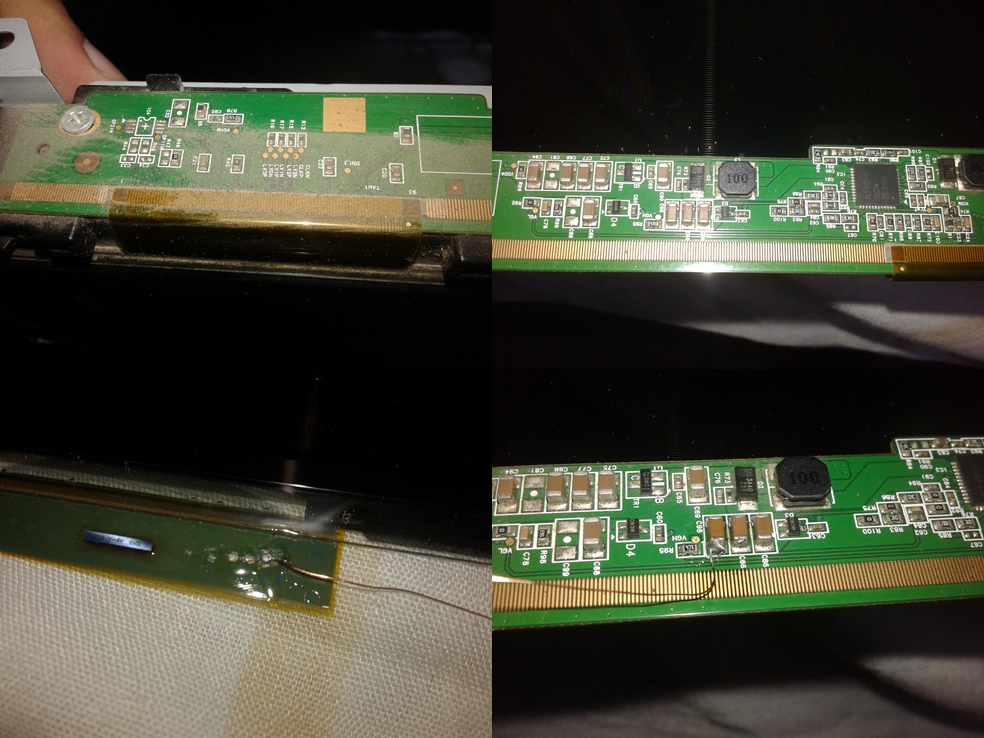 Once all the corrections were made, the TV turned on correctly and the work was solved. Thanks for reading and supporting. Write me if you have any doubts or questions to ask.

All photos are my property, taken with my Samsung GT-I9063T phone.

I am facing the same issue on my samsung 40 in LED TV. I wish to find a competent mechanic to resolve my issue.

oh my friend what a problem your tv presents. Let's see if we reach a diagnosis together

It is showing black screen on switching on. I bought it to mechanic for repair. He diagnosed that it may be due to card issue or backlit issue. Thanks for showing your concern. Stay blessed @rubenmedina182

usually 40 led TVs burn out their lighting LEDs and replacing them is a delicate process but not that difficult. just be subtle to remove the screen and check that the LEDs are in good condition. This in case it is heard but not seen. But if it is completely black you have to check your main card. There is also the possibility of the Tcom card not turning on the led lamps. Well there are so many things that are presented in electronics. If I were near you, I would be happy to help you. Greetings and many blessings for you too.

Thanks for your valuable input and guidance. Stay blessed.

but you turn it on and it can't be heard? or simply goes black and does nothing!

It goes black and does nothing.

your failure friend is complicated. take it to a trusted technician. Some solder on the video chip may be cold.