rubenmedina182 in Proof of Brain • 9 months ago 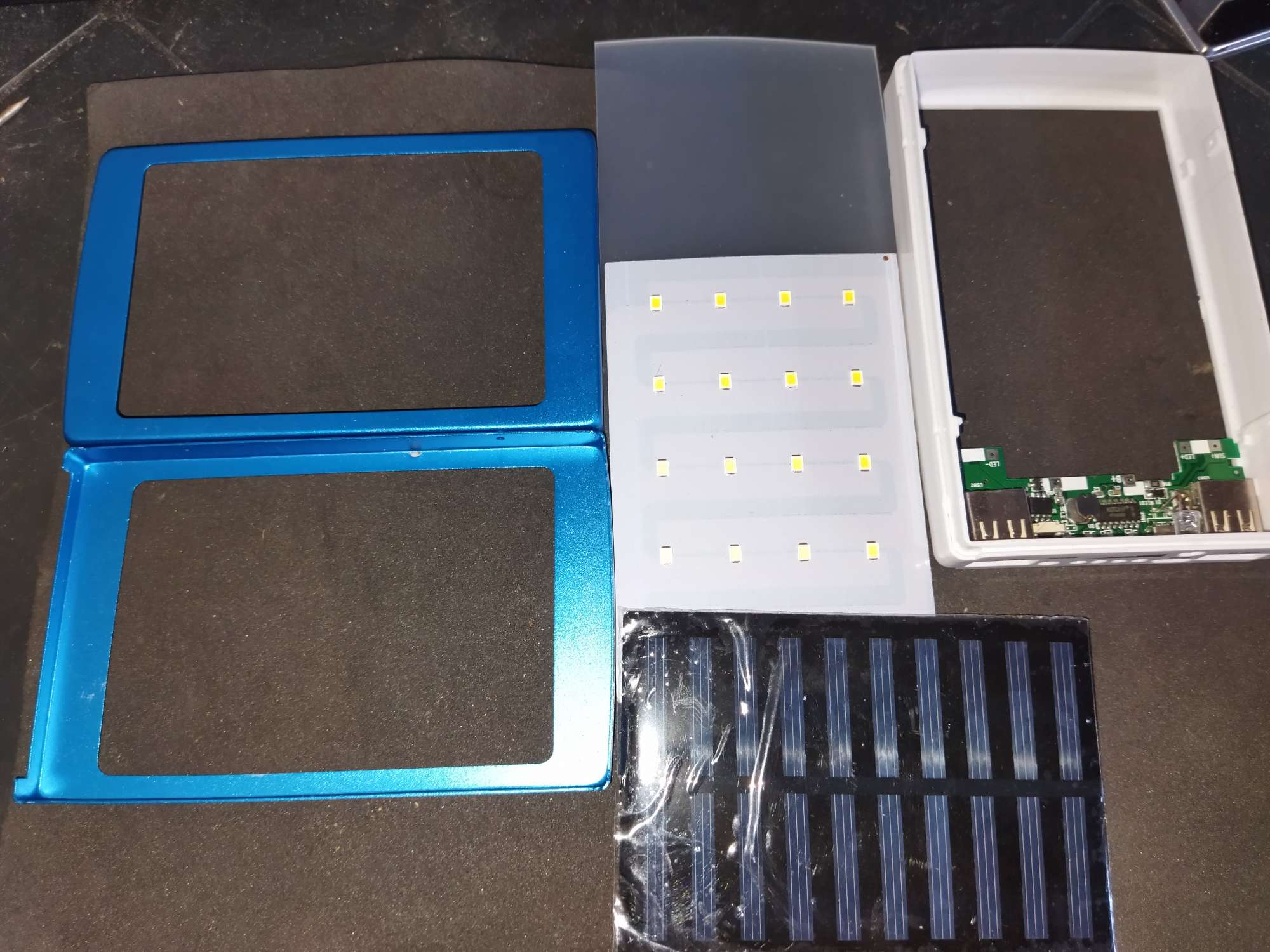 This power bank was bought online but apparently they forgot to add the batteries, and the owner did not know what to do so he came to me to help him assemble it and solve the battery problem.

In the first place, assembling this type of device is very simple if you have the necessary tools and experience, and secondly, getting the right batteries can also be something simple.

Many of us have batteries from old telephones that are deactivated and that these can be used to replace any charge storage system in electronic devices, as long as they are the same approximate voltage values. Telephone batteries handle a nominal voltage of 3.7 volts and it is generally the same voltage that Power Banks handle, so just get some batteries and make the appropriate calculations and connections and we will obtain the approximate storage value that we need for the charging device. 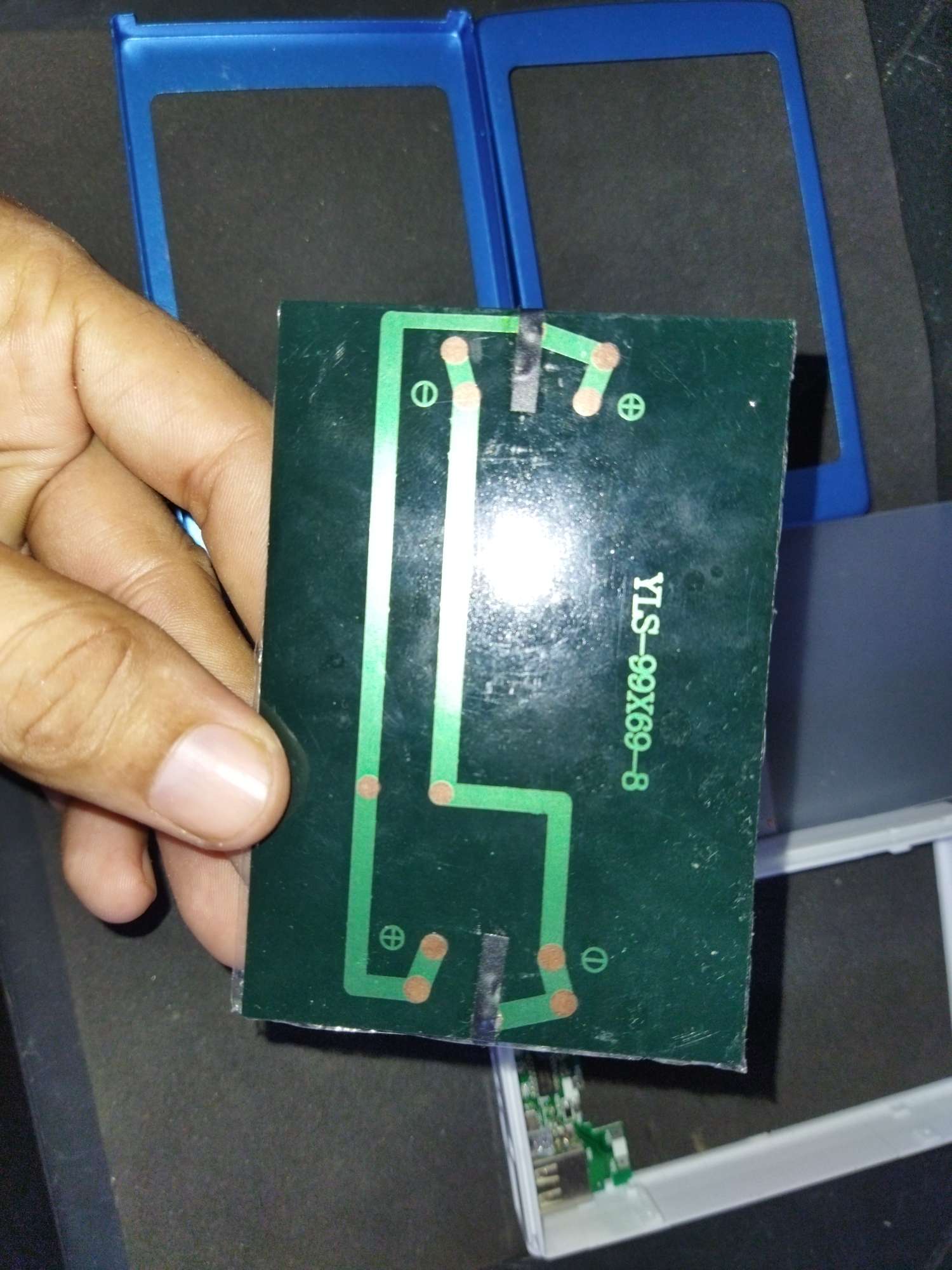 This charging device has a solar panel system and a very wide led band, also with usb ports for 1 amp and 2 amp loads, depending on the required need.

Assembling was simple, it was enough to get a thin cable, it could be a USB cable that is not being used, so we will use only what is necessary. Having the cable now, it only remains to make the connections between the controller card, the LEDs, the solar panel and the respective battery. 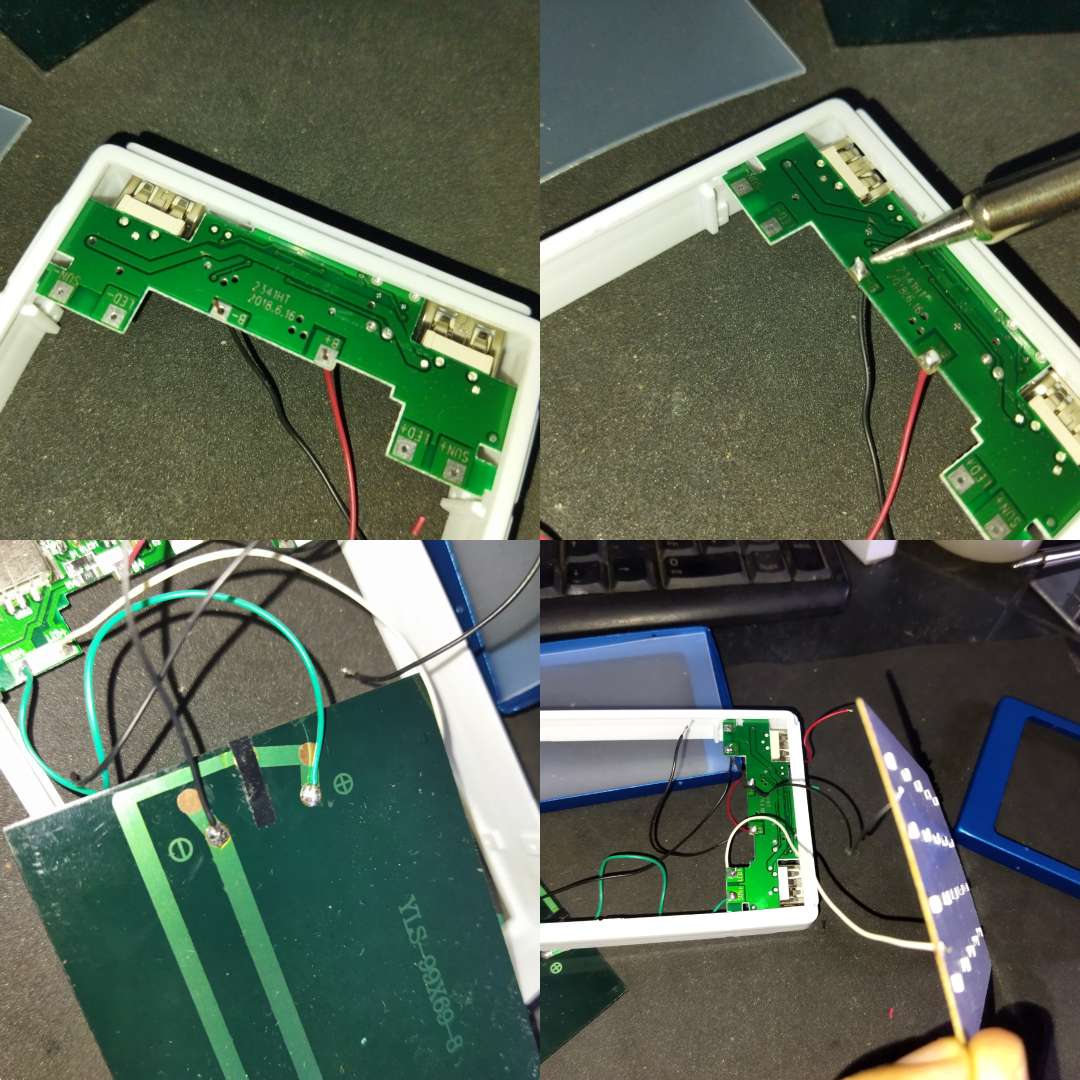 Once the solar panel and the LEDs have been connected, now it is time to place the batteries. 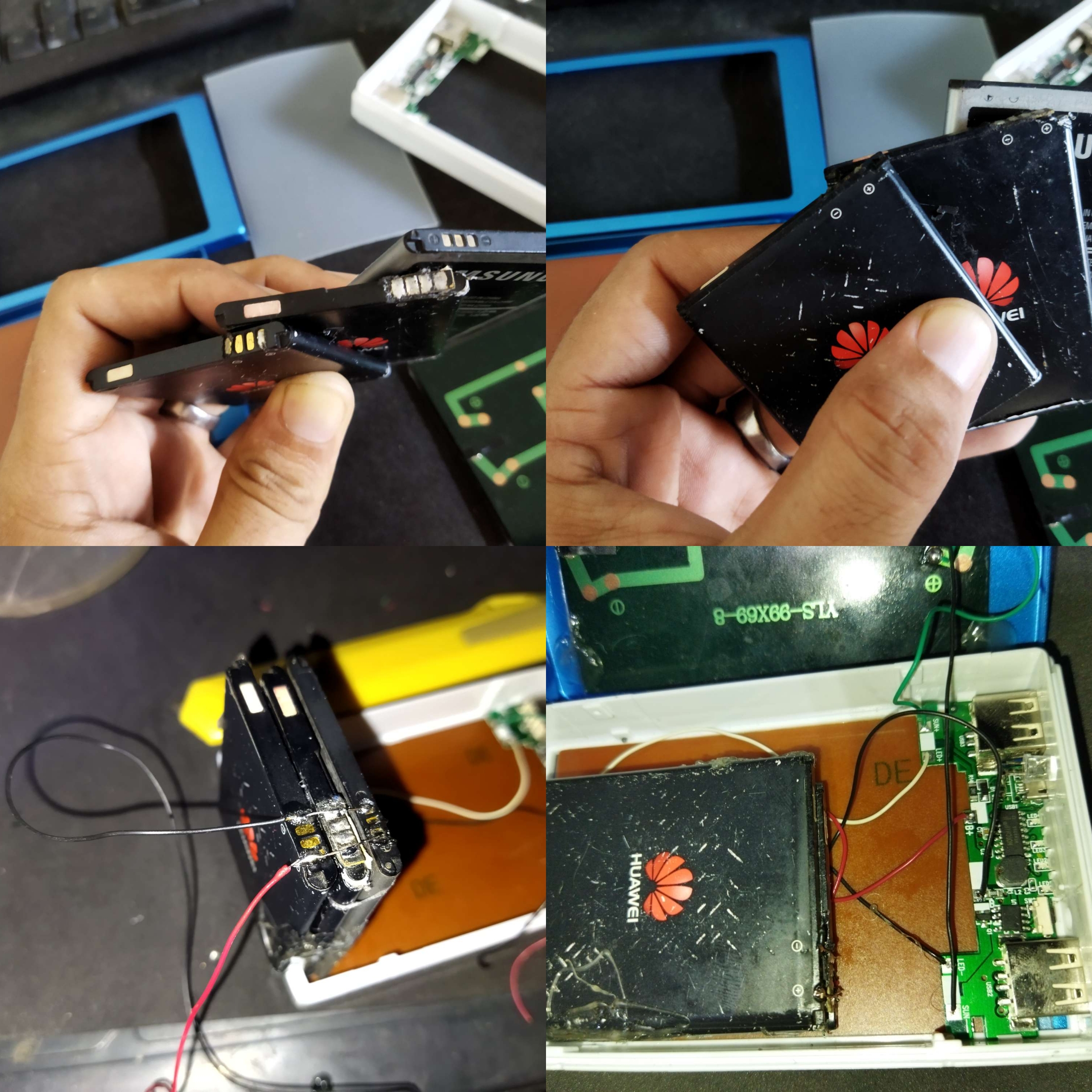 This connection is in series, I was able to get three old cell phone batteries, with a storage capacity of 2000mAh, for a total charge of 6000mAh, which is a good storage capacity of charge, for a phone with a battery of 3000 gives for approximately two charges. After connecting the batteries, assemble the rest of the device frame and secure with its screws. 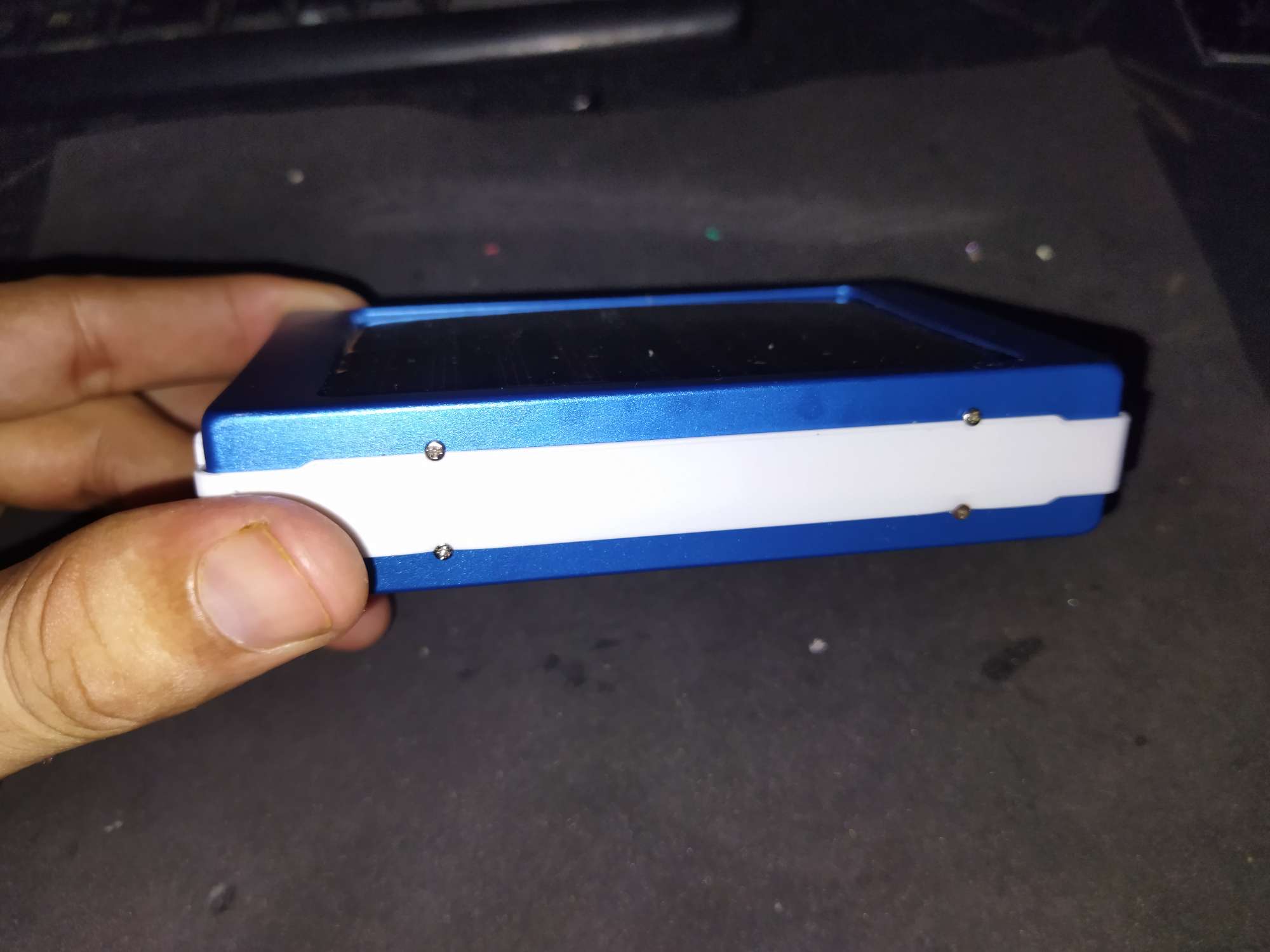 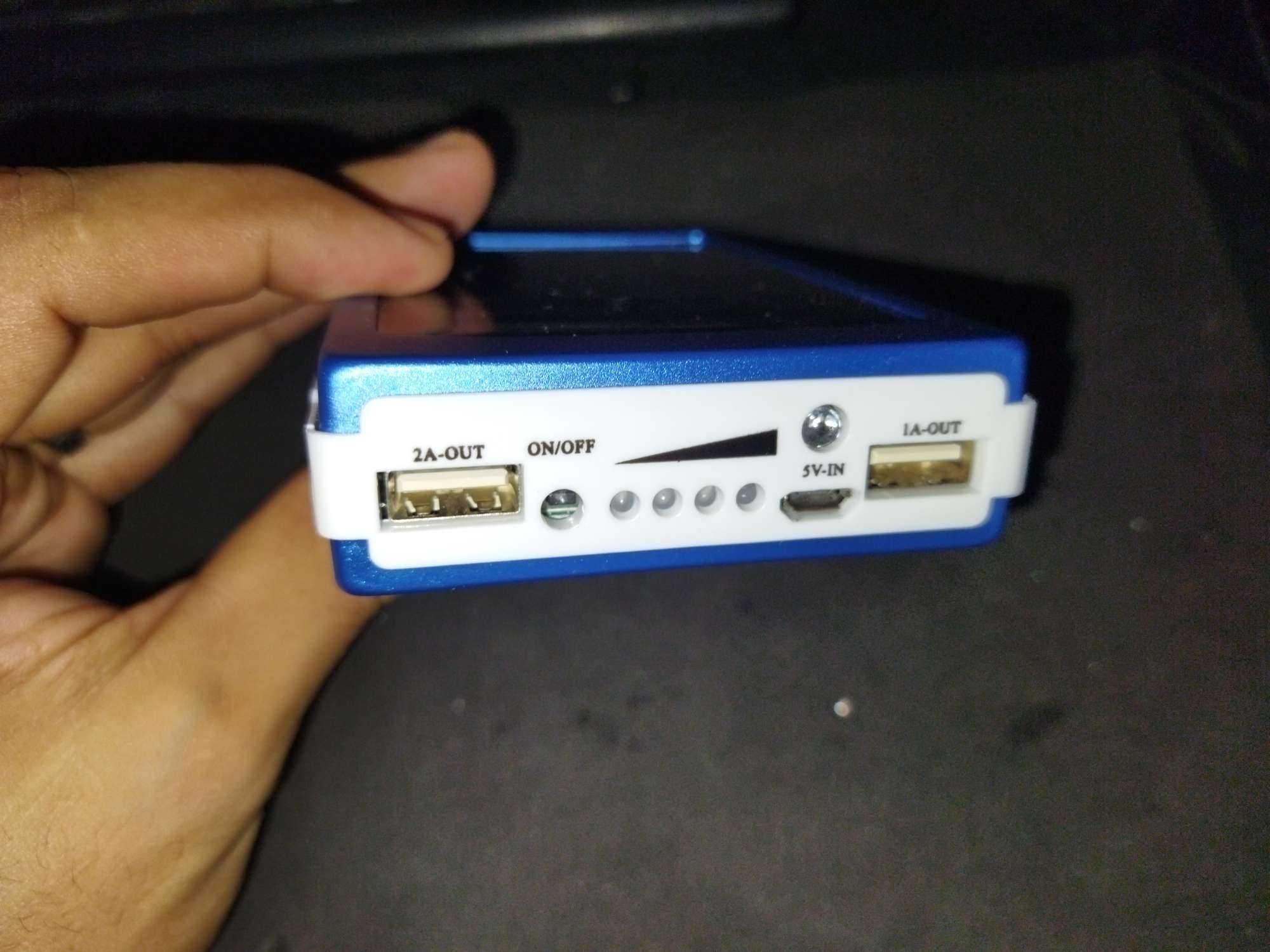 Everything was great, the device also has a blue light bulb of those to check bills and other things. In the tests everything worked great, here are some photos. 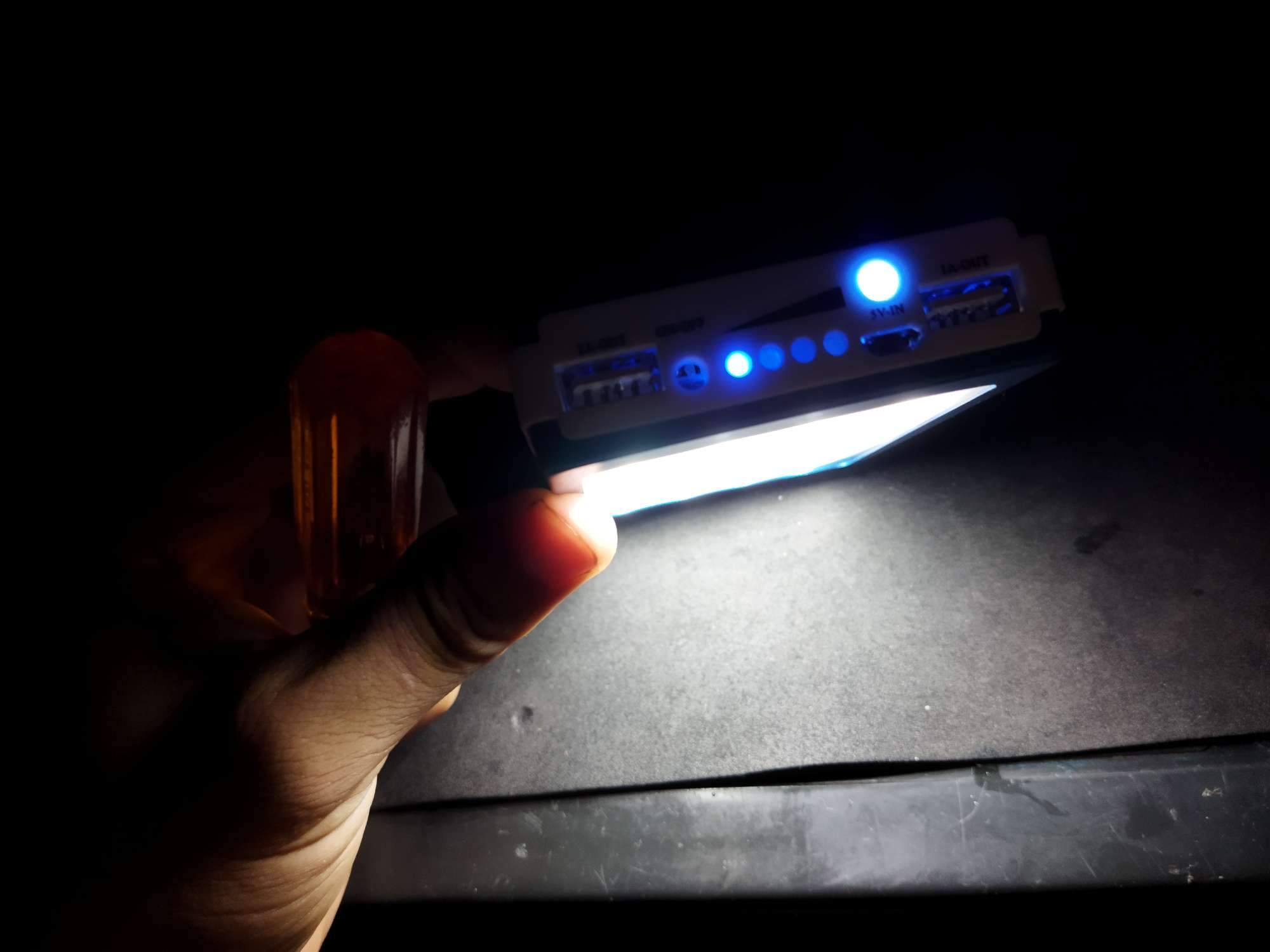 I hope it will help you and it will be of some use to you, and as I always say, recyclable materials were used that instead of going to waste and further polluting the planet, they were given another use.