Tracing your family roots with DNA 🧬 on FamilyTreeDNA.com

Are you interested in learning more about your ancient family roots ?

I was doing some research into my Dad’s family Tree since his great grandfather was adopted in Calabria Italy in the early 1800’s. I learned that my paternal DNA is Haplogroup E1b1b1 a1b … or EM35 …

Many interesting historical people belong to this Haplogroup. The Wright Brothers, Albert Einstein and a few other less savoury characters.

Through this DNA test on Family Tree DNA I have found many long lost cousins and am learning more about my ancient family roots and stories here in Canada.

I have learned that my maternal Ancestors were a mix of French and Algonquin voyageurs and Trappers now called Metis and even obtained my Metis Citizanship here in Canada. This gives me certain rights to Hunt and Fish which will come in handy as we continue to make our plans to move off the grid.

Anyway, if you are ever interested to learn more about your ancient past I do recommend the Y-DNA and Mt-DNA tests with https://FamilyTreeDNA.com 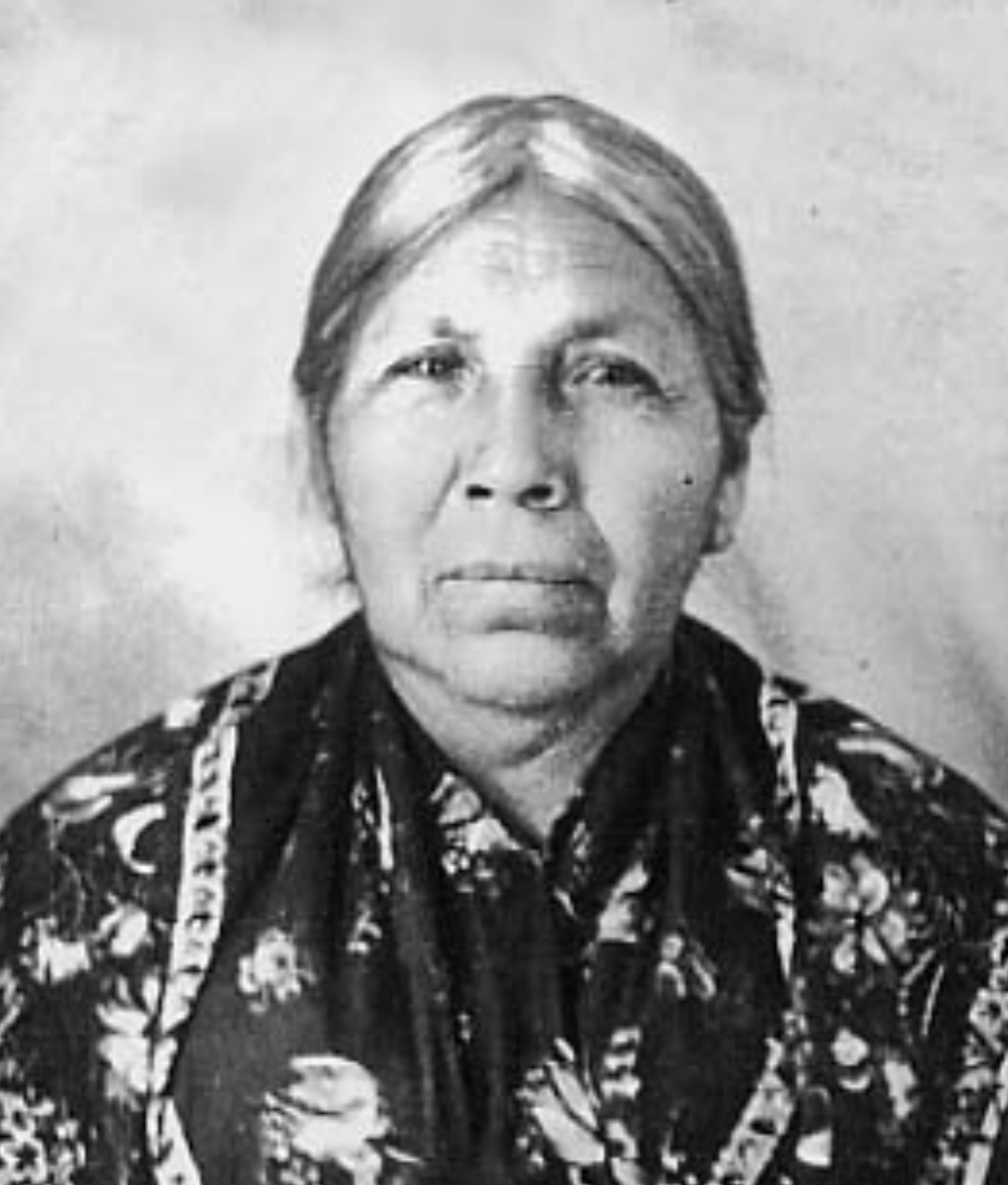 For some reason the map shows that my “Native American” roots (3%) come from South America which is very weird since we know our oldest Ojibwe Family ancestors came from around the Great Lakes ??? 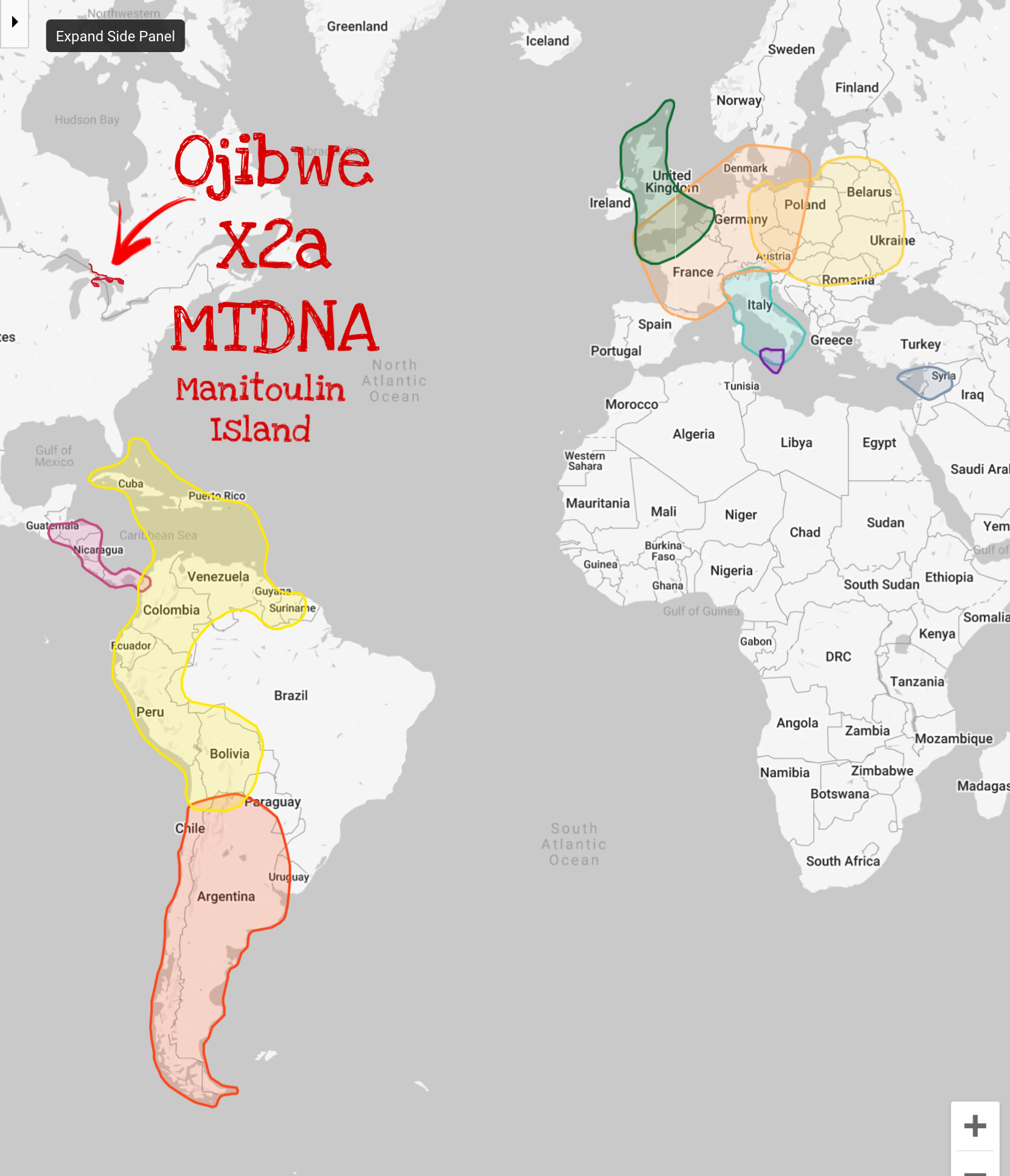 Further information: Genetic history of indigenous peoples of the Americas

Haplogroup X is also one of the five haplogroups found in the indigenous peoples of the Americas. (namely, X2a subclade).

Although it occurs only at a frequency of about 3% for the total current indigenous population of the Americas, it is a bigger haplogroup in northern North America, where among the Algonquian peoples it comprises up to 25% of mtDNA types.

Unlike the four main Native American mtDNA haplogroups (A, B, C, D), X is not strongly associated with East Asia. The main occurrence of X in Asia discovered so far is in the Altai people in Siberia.

One theory of how the X Haplogroup ended up in North America is that the people carrying it migrated from central Asia along with haplogroups A, B, C, and D, from an ancestor from the Altai Region of Central Asia.Two sequences of haplogroup X2 were sampled further east of Altai among the Evenks of Central Siberia. These two sequences belong to X2* and X2b. It is uncertain if they represent a remnant of the migration of X2 through Siberia or a more recent input.

This relative absence of haplogroup X2 in Asia is one of the major factors used to support the Solutrean hypothesis during the early 2000s. The Solutrean hypothesis postulates that haplogroup X reached North America with a wave of European migration emerging from the Solutrean culture, roughly 20,000 years ago.[20][21] a stone-age culture in south-western France and in Spain, by boat around the southern edge of the Arctic ice pack. Since the later 2000s and during the 2010s, evidence has turned against the Solutrean hypothesis, as no presence of mt-DNA ancestral to X2a has been found in Europe or the Near East. New World lineages X2a and X2g are not derived form the Old World lineages X2b, X2c, X2d, X2e, and X2f, indicating an early origin of the New World lineages "likely at the very beginning of their expansion and spread from the Near East".[10] A 2008 study came to the conclusion that the presence of haplogroup X in the Americas does not support migration from Solutrean-period Europe.[15] The lineage of haplogroup X in the Americas is not derived from a European subclade, but rather represent an independent subclade, labelled X2a.

The X2a subclade has not been found in Eurasia, and has most likely arisen within the early Paleo-Indian population, at roughly 13,000 years ago.A basal variant of X2a was found in the Kennewick Man fossil (ca. 9,000 years ago).

Wonderful research, I must say you must have put in a lot of work when working on the research. Congratulations. I'm proud of you.

That's a really clear photo of your great grandmother. I met my great grandfather and explored of family history. My parents are still alive and my older brother carries most of the documents. I decided to start a new history for us.

The world's earliest successful photograph was taken by French inventor Joseph Nicéphore Niépce in 1826. As such, Niépce is considered the world's first photographer and the true inventor of photography as we know it today.

You never cease to surprise me with these things. I wish they had some pictures of my family in Italy. The only pictures I have are them when they came to America.

Yeah. I’d like to find some from Italy too. 34% of my DNA is from Italy. 62 % from Central Europe … France/ Germany/ England … probably mostly France

Ha!!!! I thought you were like half native and half French. You are just as much a mutt as I am. !LUV

I think by now everyone is a mutt…. My DNA results say I am less than 3% Native …. Which is weird since my mtDNA marker is X2a … Ojibwe … but many generations ago…. With direct maternal link

Congratulations @offgridlife! You have completed the following achievement on the Hive blockchain and have been rewarded with new badge(s) :

For me this is the ideal thing for the potential fathers.