Throughout my 21 years of life, I've come to believe that religion is composed solely of blind faith in one, or multiple, supernatural beings. The faith that the metaphysical, everything underlying it also, is governed and adjudicated by omnipotence. I, however, ultimately believed in a more scientific approach in regards to the abstract concept of God. I did think that science had a more codified outlook than what the scriptures presented: If science cannot establish a foundation for the existence of God, then it's unreasonable to espouse such a defunct conception of God. 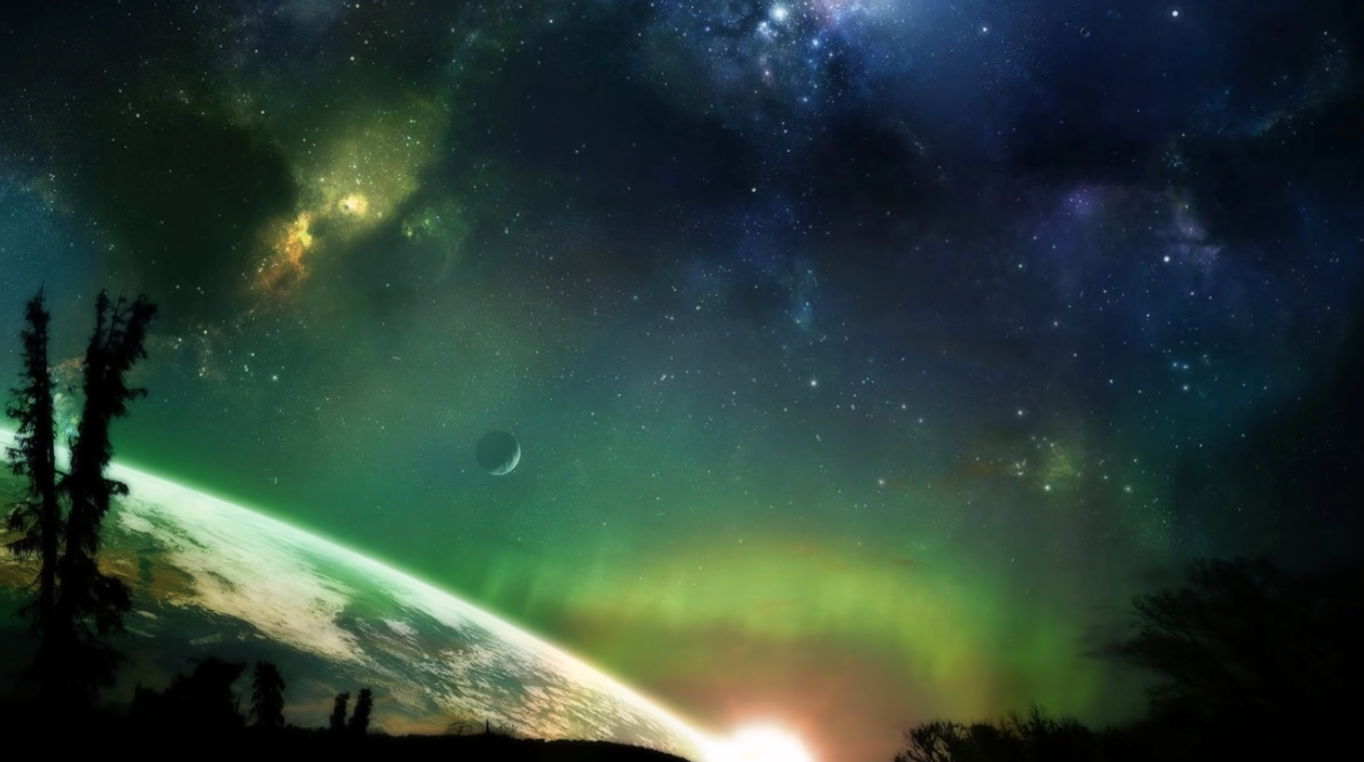 Moreover, this is further cladded with arguments that God's merciful traits contradict human suffering and tragedy, alluding to the problem of evil. As well as the dubious morality involved in some of the teachings and revelations, considerably in the New Testament. All of which is further complicated by fact that God cannot be proven incorrect or falsified, if not proven to exist anyway. This has all been used as ammunition against Abrahamic religions, notably Christianity, leveled on its failure when it comes to aligning with our natural moralities independent of religion. Considering all of the aforementioned, it becomes unreasonable to believe in such an outmoded conception of reality in which God is the center of. Out of the many publications I've read tackling subjects of religion in tandem with atheism, one has stood out for me in regards to leveling those arguments in disbelief of God.

Perhaps the ultimate asymptote towards the truth in the dynamics between God and humans comes from the late Dr. Paul Kalanithi, a neurosurgeon: The inherent problem that buoys itself upon championing atheism by way of science is that, by the same token, you are forced to abandon fear, love, hate, hope, meaning and all that makes us fundamentally human altogether. If the argument is that science cannot prove and quantify the existence of God, then wherefore can it not prove and quantify the existence of our emotions? "In other words, existential claims have no weight; all knowledge is scientific knowledge."

Science is bordered within nature, inapplicable to our most visceral feelings, and certainly inapplicable to God. Even within those boundaries, we can only asymptote towards the Capital-T Truth with our methodologies and approaches. Yet, I do still hold the belief that there is much more insight to be harvested if we synergize both science and religion. Therefore, we assume that there is no clear demarcation between science and religion. Both are obviously based on reason, but only one is spearheaded by empirical observations whilst the other by leaps of faith. Science is defined as "knowledge that has been tested and confirmed through observation and experimentation." Therefore, as Kalanithi concluded, science is the production of "manufactured objectivity."

The natural next step of this conclusion, however, is that science cannot be used to extrapolate and make sense of our innate, human feelings and emotions. This is where religion, and the associated discovery of our souls, come about to fill that gap. In embracing religion, perhaps we do not just embrace the sole controversial belief that God created the universe, but also we utilize God as a supervising body to uphold the core values all religious scriptures preach—Generosity, love, courage, respect and peace—which has made the subject of religion a very interesting topic to indulge in for me.

Furthermore, I think the definition of God has become bloated, at least eerily misrepresented, in modern times. Then, the prototypical God, I propose, is seen as the projection of our very own sentimental need to believe in something. The belief that we will be rewarded each according to the weight of our actions amongst each other in the afterlife.

Ultimately, it's my opinion that it's much too optimistic to think that science will eventually answer all of our questions, especially regarding the existential. Many questions will remain unanswered. As Kalanithi lamented, the realm of the existential is governed by revelations, out of the reach of the empirical.

Throughout my 21 years of life, I've come to believe that religion is composed solely of blind faith in one, or multiple, supernatural beings.

I am curious as to your definition of "blind faith".

I would not describe my faith as blind. If that which I initially affirm as true based on faith does not fit with all that I observe around me, then I abandon that presumed truth and continue seeking. I consider myself an eternal skeptic -- always questioning the veracity of whatever truth claims come my way -- and always evaluating those with respect to what I have observed and experienced (and against future observations and experiences). Does that make me 'scientifically religious'? Maybe, I'm not sure ...

What I find very interesting is the number of so-called 'scientific' truth claims that many widely accept as 'truth based on science' even though they are not "tested and confirmed through observation and experimentation". For example, if one takes the contemporary 'scientific' belief in the origin of species all the way to its presumed starting point, one must abandon everything that has been "tested and confirmed through observation and experimentation" because one must assert that at some point in the past there was an event where life sprang from non-life, even though all scientific observation has been to the contrary -- that life comes solely from life.

This is not to say that life cannot come from non-life, for we cannot prove a negative. Rather, I am merely stating that the contemporary view for the origin of life requires FAITH for its starting point. So, the one who holds the contemporary view does so out of faith. Similarly, the one who holds the 'religious' view (that an Almighty God created everything from nothing, ex nihilo) also does so by faith.

Ultimately, it's my opinion that it's much too optimistic to think that science will eventually answer all of our questions, especially regarding the existential. Many questions will remain unanswered.

Yes, I think you are correct. And I would go a step further to say that we will continually find out that many of the 'answers' that we previously accepted as true were, in fact, wrong. This is why true 'science' must embrace skepticism. And that's why the phrase "the science is settled with respect to ________" is completely and utterly ridiculous (and non-scientific at its core).

Hi. Thank you for stopping by, professor.

I expanded on that 'faith' in the next sentence, that having faith (with zero evidence to upkeep that faith) in an invisible, all-powerful God being the arbiter of the metaphysical realm inherently requires total blindness, but this definition is in the much smaller context of God. In a wider context, such as religion wholly, I describe blind faith as not having sufficient information to determine whether or not the beliefs espoused by religion are valid, but since these beliefs seem to be outsourced towards a positive step in the direction of some ultimate goal of which people have become personally enamored by, then faith in that religion becomes compelling.

What I find very interesting is the number of so-called 'scientific' truth claims ... I am merely stating that the contemporary view for the origin of life requires FAITH for its starting point.

But see, the core trait that distinguishes those 'scientific' claims is that they are very much open to falsification, whereas outmoded concepts like God are not. Who knows, a publication could come out tomorrow saying that a bunch of atoms just so happened to have coincidentally aligned itself into a configuration that supports life, therefore falsifying the claim that 'Life always springs from Life.' The starting point of having FAITH, in the context of the empirical world, could be quickly turned into incontrovertible TRUTH.

That is why I think that the two disciplines that complement each other are 'science' and 'faith'. We need to know where the empirically observable world begins and where the unobservable ends. We do not want to just be 'scientists' or just 'believers', but we must be well informed 'scientists' and well informed 'believers.' And I think being the 'scientifically religious' is the best way to go.

Thanks for the clarification.

I would say we all need to be serious truth-seekers, and 'science' and 'faith' are both an important part of that journey.

I am actually thinking about doing a book study with some students this semester on Science Set Free by Rupert Sheldrake. I haven't read the book yet (so I may change my mind after actually reading it), but he takes a skeptical look at many of the scientific dogmas that are 'taken for granted' but have never been "confirmed through observation and experimentation".

My point is not to convince students to accept any particular viewpoint, but to get them to think critically -- not enough critical thinking happening on university campuses these days.

Critical thinking is quite an important skill to have, and I wish high school stressed it on us harder before going to university.

I've actually been thinking about this topic heavily since my last post. I think taking excerpts of a critical analysis of a piece of literature, then attempting to sort of 'reverse-engineer' that excerpt down to its thought process alongside your students is an interesting way of teaching critical thinking. Essentially, you work your way down the process from the final result rather from the ground up. I don't know if this method of teaching critical thinking works well in practice, but I'd love to see it in action.

I'm disappointed that I missed your earlier post about the problems with 'science' in its current practice. I would've been happy to give it a healthy upvote to get it more recognition and engagement.

Talk about religion, religion is not made by anyone or constructed by anybody,but my own understanding of religion is a unify system of believe is what you believe that is going to work for you.

The existence of God has been a mystery to mankind from the beginning of creation, via religion it was said in the scripture and I quote" in the beginning was the word, the word was with God and the word was God" while science contradicts the opinion by saying God doesn't exist and everything came to be on existence spontaneously, for me as a Christian I believe God exists