UFO sightings in eastern Germany: The secret X-files of the Stasi

koenau in Proof of Brain • 7 months ago 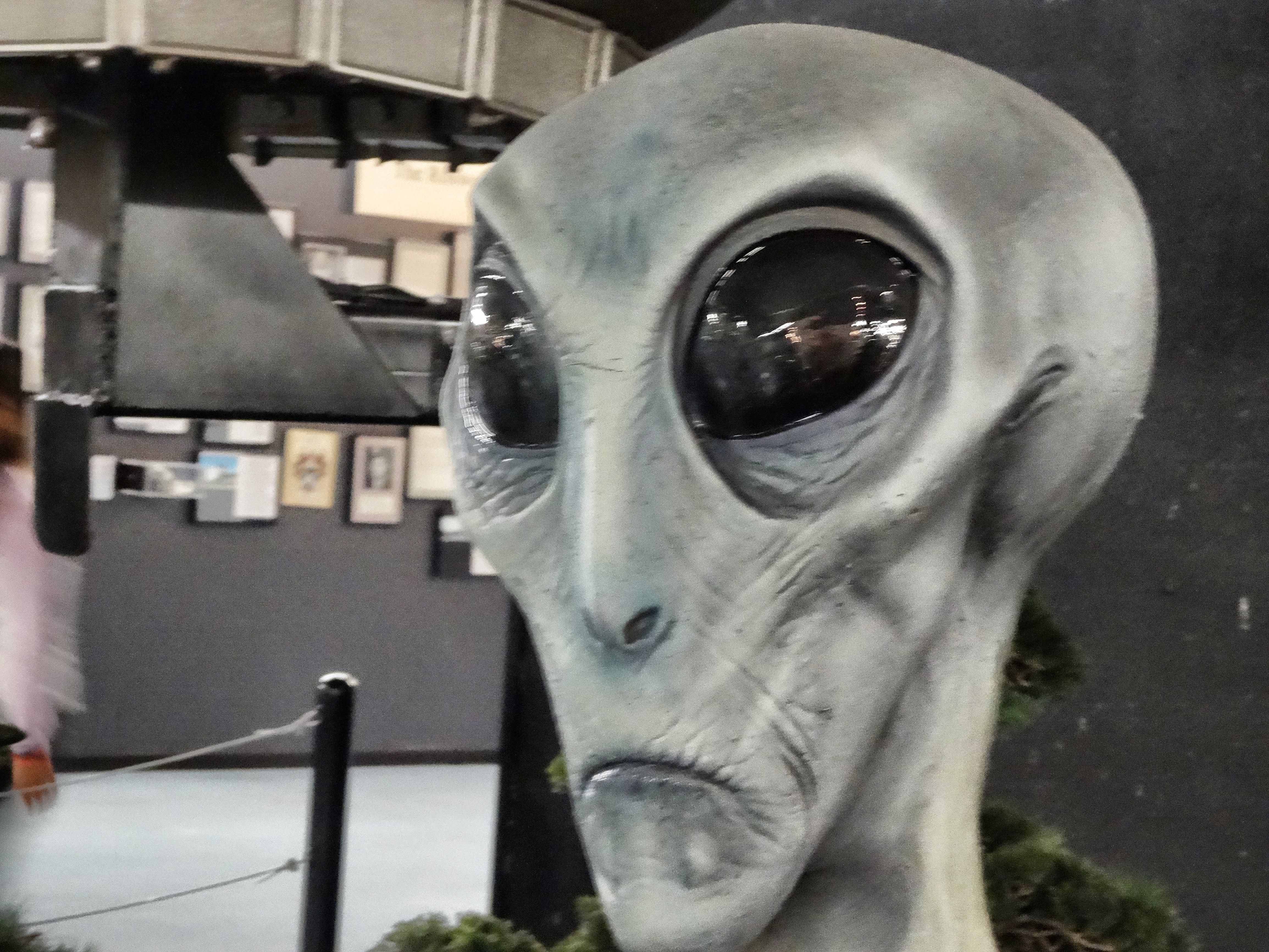 It's really true: in a few days, the U.S. intelligence agencies plan to publish a report on unidentified flying objects that will confirm or refute all rumors, definitively and for all time. The UFO scene is in turmoil, because soon everything fans and admirers of extraterrestrial life have always believed could come true. But it could also have been all wrong, although even ufo-skeptical investigators like those of the East German secret service Stasi thought it possible.

Is was at the beginning of the July 1952, when the first UFO made a landing in the GDR public. Ant the US-secret service CIA immediately wired the news to Washington under the report number 00-W-23682: An ex-mayor of the small town of Gleimershausen 50 kilometers from Oberhof, who had fled the Soviet occupation zone, had said he was an eye-witness with his daughter, like a flying object of unknown origin in a forest landed.

This man, named Oskar Linke, was the first eyewitness to report what happened behind the Iron Curtain, reminiscent of the observations that have held America under its spell for years. The UFO fever was triggered five years earlier by the amateur pilot Kenneth Arnold with a sensational report of an alleged encounter with saucer-shaped flying objects near Mount Rainier near Seattle. Oskar Linke, who fled East Germany with his family of twelve, is the GDR's Kenneth Arnold. He has amazing details to report, as evidenced by the 1952 protocol now published by the CIA. The Stasi-files: Five officers of an police command has seen an flying object in 1985

While the media in the GDR declare the "flying saucers" to be the problem of the imperialist countries, the CIA notes exactly what the 48-year-old says. After a flat tire in the middle of the forest, his daughter Gabriella only noticed movement. Even then, as he approached, he recognized two men in shiny metal suits. "I was only ten meters away," assures Linke, "and then I saw a large object with a diameter of about 15 meters that was shaped like a frying pan."

The aircraft had rows of holes 30 centimeters in size, and on the top there was "a black tower about three meters high". A picture-book UFO and, according to research by the US secret services, the first to honor the workers 'and peasants' republic. It is true that the US Air Force's secret service had already been informed about UFO flights near Leipzig by a Norwegian visitor to the Leipzig Exhibition Center in 1948. But the UFOs could quickly be identified as models of the flying wing model AS-6 designed by Arthur Sack for Hitler, which had been tested at the Brandis-Waldpolenz airfield in the early 1940s. Left report, however, is also confirmed by the eleven-year-old daughter Gabrielle. The silver men were four feet tall, they wore glass-like helmets and flashing blue lights.

"When someone suddenly turned in our direction, my daughter gave a suppressed sigh," remembers Oskar Linke. The strangers then ran quickly to their vehicle. "The square tower slowly disappeared into the structure," says the witness. The aircraft then rose from the ground and began to rotate like a top. "It rose 30 meters and shot away." Oskar Linke, not only a person with a fantasy, but also a courageous man, investigates the incident more closely. "I went to the spot and found a depression in the ground that was fresh."

There was nothing more left. Linke and his daughter seem to have terrified the aliens badly: neither investigations by the CIA reveal any further landings in the GDR, nor are there any other eyewitnesses. The world is kind of divided in two these days. While reports of new UFO sightings are received almost daily from Sweden, Belgium, West Germany and Brazil, the aliens do not even fly over the east. The CIA is alerted. In a memo that can be read in the CIA archives, the US government is warned of the double danger from space.

On the one hand, reports about UFOs, if taken seriously, could unsettle the population. On the other hand, you have to take all reports seriously, because if UFOs are real, there may be a real threat of attacks from space. A dilemma from which the GDR escapes through stubborn disregard. It was not until nine years after Oskar Linke's experience that the State Security took care of a case of alien abduction for the first time. The then 18-year-old Norbert Haase, according to his own account, is first frightened by a "big, glaring light" while ice skating on a lake near Stendal. He can just barely see that the light source hovers five meters above the trees. Then he becomes senseless.

When Haase wakes up, he is about 150 meters away, has a severe headache and his watch is still reading 6.40 p.m. even though it has become midnight. The Stasi hears the extraterrestrial kidnapping victim several times, but comes to no conclusion. There is no public reporting, but the number of sightings over the territory of the GDR is now increasing steadily. In 1976 three UFOs are guests, in 1983 already four. The last obstacle fell with the wall: in 1990, the last year of the GDR, 25 UFOs were sighted over East Germany.

Congratulations @koenau! You have completed the following achievement on the Hive blockchain and have been rewarded with new badge(s) :