How serious Are the Health Risks of Smoking Marijuana?

judicious in Proof of Brain • 10 months ago

Marijuana is a mind-altering drug and is a mixture of dried, shredded leaves, stems, seeds, and flowers of the hemp plant. Marijuana, which can also be called igbo, ganja, weed, morocco, indian hemp, pot, hash, cannabis. The main active chemical in cannabis is THC (delta-9-tetrahydrocannabinol). 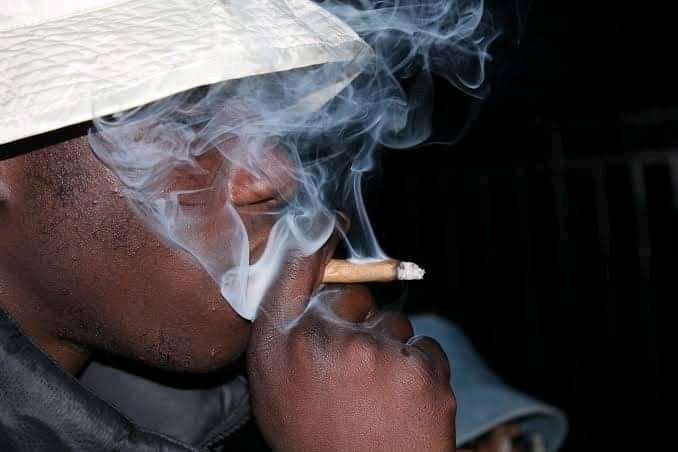 The effects of cannabis on the user vary depending on how much THC it contains. Marijuana smoking can produce a distorted perception and cause feeling of anxiety, sadness and euphoria which can make users to misbehave. The part of the brain that control emotions, memory, and judgement are always affected by cannabis use. Smoking marijuana cannot only weaken Short Term Memory (STM), but can block information from making it into the Long Term Memory (LTM).

Use of cannabis can interfere with performance at work or at school and lead to increased risk of accidents if used while driving. Long term heavy use of cannabis has been found to produce abnormalities in certain parts of the brain.

Cannabis use is associated with other mental health problems. People who use cannabis are more likely to suffer from a range of other mental health problems, including anxiety and depression. Also cannabis use by adolescents and young adults has been found to increase the risk of developing psychosis, particularly in persons who are vulnerable because of a personal or family history of psychosis.

➡ Strategies for the prevention and control of Cannabis use (Marijuana).
◼ Government at all levels in conjunction with National Drugs Law Enforcement Agency (NDLEA) and other relevant law enforcement agencies should work aggressively towards the eradication of all illegal sources of hard drugs including the farms where they are planted.

The marijuana is bad to our health, this have killed many people, But they are still smoking it.

Some don't believe that it kill, but they forgot that, it doesn't kill a day but step by step.

It affects the kidney, liver, and so on and the more the smoke the more their health is harm.

Exactly sir! Marijuana smoking may also have a wide range of mental or psychological effects. These effects can include paranoia, psychosis, irritability, restlessness etc.

There is a Government Cannabis shop on every corner these days here in Canada. During the Pandemic many people are stoned all the time…. Especially Lots kids .. 18 years old.

I cannot consume cannabis since it causes extreme anxiety and paranoia.

Yes oo...more often than not, marijuana users end up in loss of memory and premature death.

Congratulations @judicious! You have completed the following achievement on the Hive blockchain and have been rewarded with new badge(s) :

This things need thorough and serious regulation in some countries to prevent the abuse of these drug. In some foreign countries, the government are doing really well in paying to this things so the society does not turn into a menace.

I don't think this things can be eradicated has they have certain health benefits also. It's just control that is needed in this matter.

Exactly sir! Effective drug monitoring especially when imported should be before getting to the market

I don't know if you have been addicted to something before?, but if have you would understand how difficult it is for the people that smoke marijuana to abstain from it.
You know, to them it's just something that makes them feel good,happy, and some people would say it inspires them, so when you talk about the health implications they don't seem to be interested because they can't do without it, some might want to stop but can't
That's the level of damage it has caused to human race and the world at large

Behavioural personal discipline is another way of preventing and controlling marijuana smoking. Yes! Individual need to enhance their decision making capabilities which will prevent the bank wagon effects.

Finally you are fulfilling what I forseeen after I commented on your introduction post the last time and it is very good to have see you come up with this .

Smokers are liable to die young is what we all do see on the packet of the cigarettes and lot more but still will still find lot of people do this act.

Lot of people out their as been seriously affected by this act and as turn alot promising youth into a wandering person in the street.

To me it won't be a bad idea if this is totally ban in the country and people who sell or smoke should be charge to court,cause the rate of kidney damage and lot other heart sickness attached to this act of smoking

Thanks sir! People who want to stop smoking marijuana may be discourage from doing so because they live or work with people who smoke and who are not supportive of their quitting.