I can not resist myself from comparing the performance of POB with other tribes. I always search different data to compare. Today, i figured out that the domain name of #pob community proofofbrain.io has finally started ranking on Alexa. 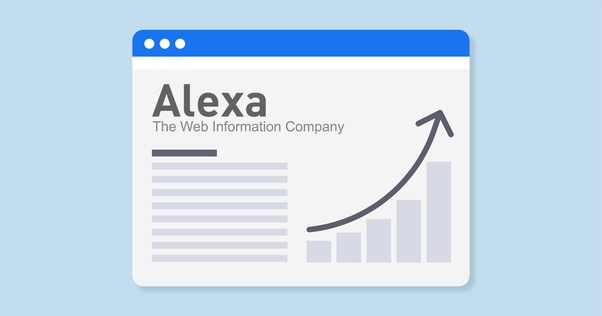 By the way alexa is the service owned by Amazon which ranks all the websites on internet based on certain parameters such as traffic.
In global internet traffic and engagement over the past 90 days, POB site ranked at 534,021.
Just in less than 3 months the site ranked below 600 thousand. The site gets most of its traffic from just two countries United States and Greece according to this portal.
The rank may not look impressive when its analysed on stand alone basis.

Looking at the above ranks, POB seems to have already entered the club of the top three websites related to hive, where the top rank is obviously retained by the hive.blog, second slot as expected is with leofinance community and the new entry at the third place is #Proofofbrain.
In just three months achieving this rank is an incredible job and indicates the power of the community.

Your posts are always something different. They speak about something unique and are pleasure to read. This comparison is really an eye opener. #pob at 3rd position in the hive tribes is a good achievement in itself. Rank below 600 thousand on alexa in just below three months is an example of the benchmark it has set for itself. The competition is not with any other tribe, #pob will evolve and will compete with itself.

Yes technically POB is the second most popular tribe and 3rd website in Alexa in terms of the ranking. There is no competition in real sense with other tribes, they all are front end of hive finally.

Wow ! This is a brilliant comparison of the tribes. I really was amazed to see this. @ctp is close competitor of #pob. I was not aware of the ctp activities though. #leofinance is far more superior in terms of traffic and the alexa rank in all the tribes.
Trying to call @vempromundo.pob to curate this. He initiated this new project to engage with contributors.

Thank you @coffeelovers for calling @vempromundo.pob to curate this post. He did curate my post. I am really looking up to him to be someone like him who can generate enough income to make his living on the POB or hive token income. He is one very important aspect of the pob ecosystem, who finds out different ways to innovate.

Congratulations. You got 30% vote. You have also earned 5 CENT Token. You can trade tokens on Hive-engine.com, Tribaldex.com and Leodex.io

This seems to be your own currency, i just checked my wallet and yes it appears to be in my wallet. It has already started trading but I could not figure out how to earn this currency or it has to be only purchased ?

Hello there. I just made the introduction. Small buy and sell transactions have been going on for a while. I also made price-setting transactions several times a day. I enter market maker orders.

So far I have sent some posts to content owners that I liked. However, many features are not yet active. Stake, liquidity pool etc. For now, you can enter small buy-sell orders before / after market maker orders.

The lower alexa rank is the more popular on search engines. It will be a powerful campaign for POB.

Yes lower rank will be required for the #pob community to attract more digital marketers to the website who are in search of visibility and backlinks for the content of their clients.

The site gets most of its traffic from just two countries United States and Greece according to this portal.

Sometimes I wonder if I am the only one in Germany who uses the POB interface. But I am surprised that Brazil is not included or any other country in Europe apart from ... Greece? 😅

Looking at the above ranks, POB seems to have already entered the club of the top three websites related to hive, where the top rank is obviously retained by the hive.blog, second slot as expected is with leofinance community and the new entry at the third place is #Proofofbrain.

F**cking amazing! Congrats to the community!!!

Me too from Germany and several more

Oh yes! Sorry to forget about you man!!!

I was talking more about using the front-end from POB directly and not only the TAG. Evidently you do it, like me :) but ... several more?

I thought so but probably one for a research :-) - @thatgermandude are you using the PoB frontend or only the tag?

I barely use the frontend. Maybe twice a week that I look whats trending there. I use the tag quite regular tho.

I reduced it as well - i vote via peakd and try to comment at least via the UI, using the tag I realized my content is not brainy enough haha :-)

I also find so many Brazilian peeps on the website. I thought they were loading the POB site with heavy traffic.

Already today proofofbrain has dropped below 500k and the climb will continue quickly! Come on POB Community! This is interesting.
Proof of brain has been takes as storm. A lot of people joining it and this was one of the fastest growing tribe I guess.
Well don’t to the whole team.
!luv 1

You may be shocked to know that after i made this post ( when the ranking was 534021) the website has moved up in the alexa ranking substantially as it has reached the heights of 481452, which is quite a bit of upward movement in the ranking.

you have initiated the Alexa feedback loop. upwards from here.

Yes, I hope the rank will go upwards from here. Thanks for giving this feedback.

Getting ranked on alexa is a good thing for POB,it will also help to create an effective SEO which will help to increase the popularity of POB..

Yes this is a really good development in terms of the ranking for the #pob community. This will make the site more visible and the contributors to be more famous.

Can't find proofbrain in the stats or anywhere mate

Here is the screenshot of the rank of #proofofbrain

You can check the rank here https://www.alexa.com/siteinfo/proofofbrain.io

One of the things that reduced the growth of hive.blog is the little or no SEO...so POB should ensure it works on an effective SEO....@interpretation

Yes I do agree that the #hive community lacks in the SEO efforts and POB will have to pick up the SEO smartly if they have to distinguish themselves from other tribes and keep the prices of the token upwards.

I've visited proofofbrain.io everyday for a few weeks now. It just sort of happened. I didn't really think about it but I guess I should. I didn't know PoB was already the third most visited HE tribe. That's impressive I gotta say.

Seems like keywords haven't been registered by Alexa yet. Will be interesting to see what people search for when they visit the site.

I'm going to be real with you. In SEO and marketing myself Alexa rankings are trash and don't mean much lol but it's still a way to compare against other tribes and communities. My hopes are these front ends become something more and in doing so allow for the opening of new people getting involved and on the backend hive just becomes the groundwork.

Yeah I know, its of not a great help when it comes to SEO but Alexa rankings act as benchmark for the competition with the similar websites. The purpose of writing this post was to understand how #pob ranks against all the other tribe sites.

Great to see proof of vrain heading in the right direction, Lol, onwards and upwards. Pob

That's truly awesome for a project barely 3months old. One can only imagine how it gets better in the coming months. POB to the world

There are many Hispanics who have PoB as our first choice for our publications. Excellent tribe, we move on so that spanish language stands out in PoB and the tribe continues to climb in Alexa Rank

Yes, probably we have a lot of community members who speak Spanish and have a lot of influence on the POB already. May be next times when I make a post, Spain would be the country providing the maximum number of readers.

Really impressive indeed. Looking at it on stand alone basis shouldn't even be done, at least not yet. It should be in comparison with other front ends like you have done here.

Before the end of this year I expect things to be wilder than this, the pace of this community is actually awesome!

Already today proofofbrain has dropped below 500k and the climb will continue quickly! Come on POB Community!