DO YOU KNOW WHAT HE WANT ?(Can this be true)

firstborn.pob in Proof of Brain • 6 months ago

Most people only based their reasonings and judgements on report from CNN, BBC and comments from posts on social media
Most of these people are 1990 and 2000 kids who don't know their left from right, yet kids with IQ not more than the atomic number of an hydrogen, honestly replying them is a waste of time and data... This fight has been since world war 11 after world war 11 before the dissolution of USSR,it was agreed that USSR release Germany only to join NATO and agreement was made that NATO will never expand further East,

but did NATO take to the agreement? "No".

What is NATO doing in Ukraine, why didn't Judge Bush allow Russia to Join NATO then?
Why does Europe hate Russia so much?

Our people should go and read history...
Russia has been warning USA for the past 50 years to honour their agreement and not go further East to the USSR county, for how long will USA bully Russia and other part of the world.

Thank God we have a president and a country like Russia and Putin who still has the power to put USA in check...

USA has been trying to seduce Finland, Poland and Ukraine into joining NATO...
let people come out and tell as there ever been any country where USA have interest in the natural resources and the country ever remain the same? Iraq, Pakistan, Afghanistan, Libya, Ethiopia e.t.c.
By the time they left,the whole country become desolate... 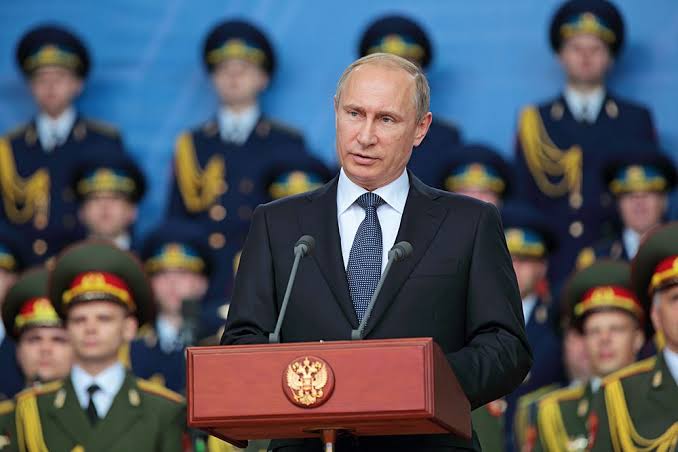 The president of Ukraine should come out and declare that Ukraine is no more joining NATO and return everything he has collected from Bidden then the war will cease...

Trump was able to make peace with Putin, China, North korea and they try to impeach him twice.

Now, Do you know what Putin want?

If all the disbanded USSR countries come together again against NATO power will shift away from the west, and that's why USA as been going all round to woo the small USSR countries, Finland was the first.

Russia is fighting for Ukraine,but Ukraine didn't know this fight by the Russia is for their own good.

Of course this can be settle mutually between the two neighboring country,But USA took advantage of this,offer to charge them lesser despite the fact that Russia supply USA unrefined liquefied gas,Now USA promise to supply Ukraine refined gass with lesser charge than Russia.

Europeans are funny and they have smart mindset,If Russia decided to woo Mexico who is a border Neighbor to USA will they agree?

What USA is trying to do is a slap on Russia and Putin Cannot take that.

Russia has their own Internet called RuNet,
it only work in Russia and even if Russia is disconnected from the entire network, RuNet will continue to work,with this, Russia can launch assault to any country and nobody can launch on them because of this RuNet.

Russia is waiting for USA to launch attack on them in defence of Ukraine then other 8 Countries in NATO can support but Joe Bidden knows this is a trap and won't launch an assault.

The fight is against USA even before our fathers were born,not against Ukraine.

Russia cannot destroy Ukraine but they are just waiting patiently for USA to make one stupid step, then dem go hear am.

10,000 USA cannot withstand Russia even with the help of NATO and isrealites, USA know damn too much that they can't withstand assault from Russia.

Forget about the news on BBC and CNN,their press and media are part of their wickedness.

Am in darkness after coming across this,so how true this is.

Special thanks to my friend who came up with this information.

I might be on different view from you. While I really hate most of the politicians, and also the power hegemony of superpower country I would also condemn the attack made by Putin.

we all know these two countries are having a link in some of the conflict in the world. But starting a war is never a good thing from my view.
If Russia is so much afraid of western power, they should build the power within their border, so that any nation that has a slight desire to attack will think twice to do so.

But starting a war just to have power over the proxy nation is never a good idea, because its a politician who started the war, but the civilians who pay the price. And in this case its the Ukrainian people, not the Russians.