Some considerations on embryo transfer in bovines

amestyj in Agricultural Mindset • last year
Dear readers, previously I described one of the most used technologies for a long time for bovine reproduction, artificial insemination, but nowadays it is not the only technique, since there is also embryo transfer in animals considered of great value for producers, due to the fact that this technique can facilitate the conservation of maternal genes and the production of more than one calf per year.
Donor embryo collection 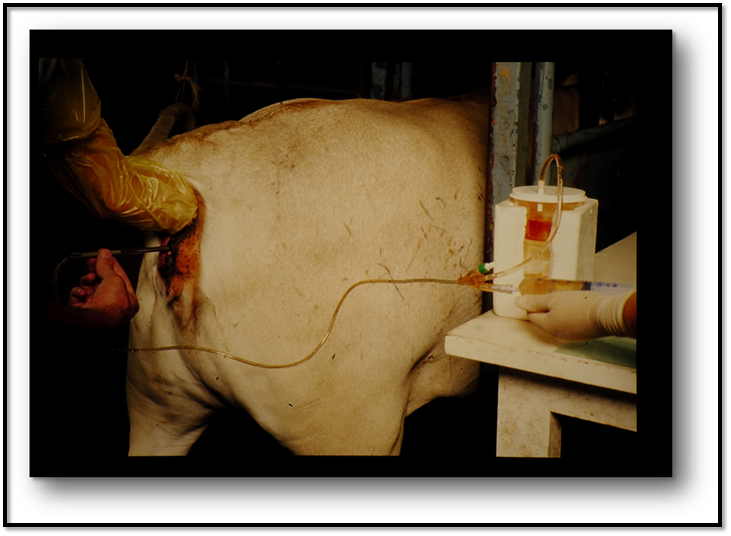 Public domain image under Creative Commons Attribution 4.0 License taken from Flickr Biblioteca JIRCAS
It is necessary to begin by pointing out that, according to Selk (2002), this technique began in the 1890s, but it was in 1950 when it was implemented in cattle. Currently, some publications state that the conception percentage is between 40 and 70%, depending on the size of the embryo and other variables.
On the other hand, according to Nuria (xxxx), the genetic selection of the animal must be considered, since it is a costly technology and it is not worth using it in animals that the producer considers not to have any genetic importance. Other conditions that must be taken into account are the animal's health in order for the transfer to be successful. According to some specialists in the area, a cow can be a donor if it is free of tuberculosis, brucellosis and other pathologies of agricultural interest, and the cow must also be in good body condition.
After verifying the aforementioned, the embryos are extracted and then evaluated according to some criteria already established by specialists in the area, among these criteria are the shape and size of the embryos, color, presence of abnormal cells, among other characteristics. After evaluation and the required studies, the extracted embryos that comply with the quality standards of this technology may be transferred to the recipient female or they are preserved in cold storage for later use.
Imaging of bovine embryos Public domain image under Creative Commons Attribution 4.0 License taken from Flickr Biblioteca JIRCAS
Dear readers, after performing all the process described above by the specialist to implement the technology, at the time of implantation in the recipient females there must be a synchronization with respect to the estrous cycle, since, at the time of transfer the animal must be on the right day so that the embryo reception is as simple as possible.
*Selk, G. (2002). Embryo transfer in cattle. Oklahoma, Oklahoma state University
*Ponce, N. (2015). Embryo transfers in bovine cattle. Cardenal Herrera University. Spain