Intended to be controlled by an AI - Passion for discovery

electronico in GEMS • 8 months ago (edited)

The discovery is something we are passionate about, who does not want to find something interesting? I am sure there are many hands raised, and if it is something innovative much more.

This passion is demonstrated in our history and technological evolution, since the invention of the wheel, gunpowder and so many innovative advances each one for its time have been adding a countless number of discoveries, so many that I am sure that today there are technologies that we still do not know (here I am speculating and I base myself on the fact that the military do not reveal all the technological capabilities they have, this for strategic convenience).

But it was not until Edison and Tesla began to make great advances in the use of electricity that everything began to accelerate because being able to manipulate electricity opened doors to a huge number of applications, it did not take long to begin to appear machines and equipment that take advantage of this energy to provide productivity and facilitate the work of day to day. However, it was not enough to create motors and machinery, they began to create elements capable of automatically controlling the operations of these machines making in some cases that human intervention was no longer necessary during the operation of the same.

Then came the transistor in 1947 from the hand of physicists Walter Brattain, William Shockley and John Bardeen at Bell Labs, this device revolutionized electronic inventions and the world in which we live today, is the main element in the design of any intelligent equipment because integrated circuits such as microprocessors and even processors are made up of millions of these transistors, if I list all the devices created from the transistor may not finish writing this article this year, and yet I do not have them all at hand because there are so many but what I want to take into account is that the discovery of the transistor has brought us devices capable of making calculations like computers (understanding by computer all those that include a processor and / or microprocessor and are capable of making computations), this discovery is important because computers have served to accelerate the process of improving our technology, this is where the machines begin to be more useful than humans for specific tasks. On the other hand, we also began to advance in the field of telecommunications, we put satellites in space and began to fill our spaces with radio frequencies to provide coverage to our devices, those devices initially only served to make calls but little by little we improved them not only at the device level, We added notable improvements in the platforms that provided services to these devices from the first generation networks to the current and powerful 5G network and our communication devices went from only making and receiving calls to sending text messages, multimedia, video calls to being able to transmit any amount of data at high speeds.

Then we started adding communication capabilities to other devices whose specific purpose was not to communicate such as home appliances. But it was not enough with the capabilities of our devices, we also created something we call ARTIFICIAL INTELLIGENCE, we made them able to "think" and make decisions, before we told them what to do now we ask them what we should do, where to go, if there will be rain and so many consultations have made that little by little and without realizing we are making them superior to us (who says what to do is superior to who obeys).

Right now we are working against the clock in the quantum race, and technologies as innovative as unknown to many as nanotechnology, we are exploring the universe as never before, even simulating black holes in a collider and our desire to discover seems insatiable, but believe it or not all this has a purpose and a purpose, when we get there we will have reached the goal and we will have what we create exercising control over us. Follow me for the next installment where we will be going a little more in depth. Don't forget to leave your comment because I want to know what you think!

Previous readings that are part of this article
PROLOGUE
INTRODUCTION 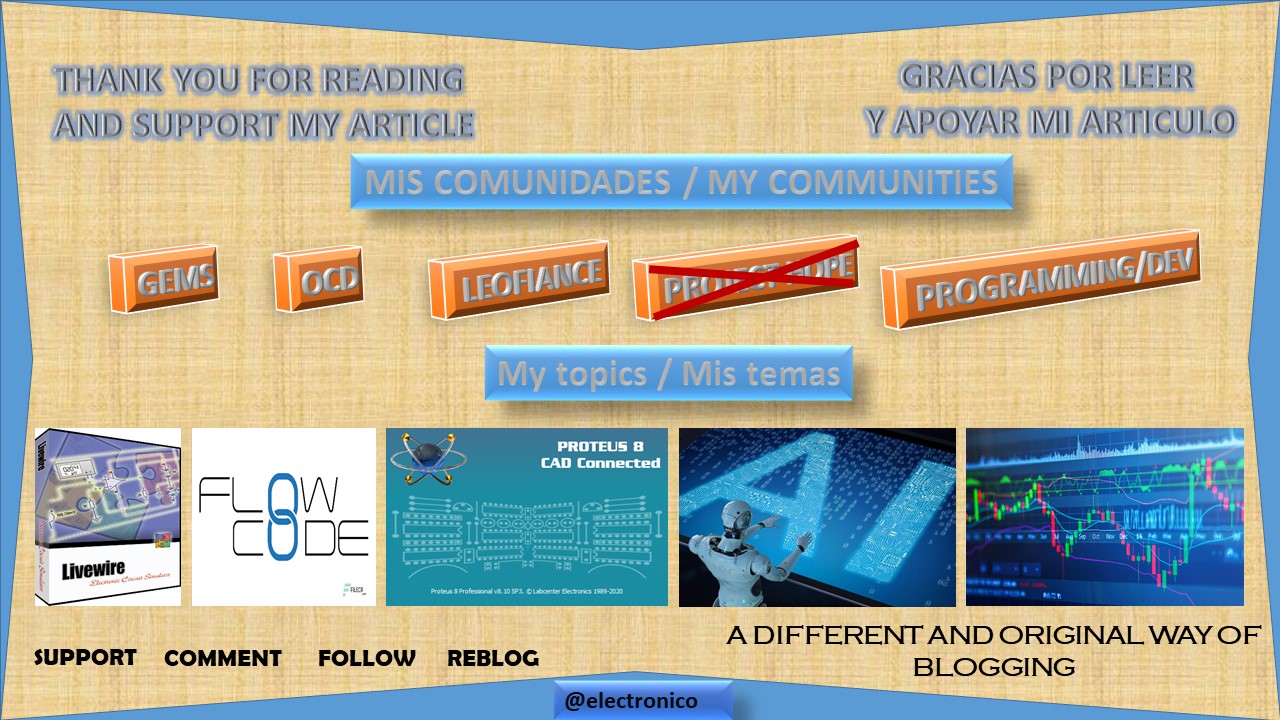 Congratulations @electronico! You have completed the following achievement on the Hive blockchain and have been rewarded with new badge(s) :

I notice that you keep track of my achievements on the platform, I find that very useful. Thank you very much!