About the nature of the angels; Their origin, their language, and how you are making opening for them!

digi-me in GEMS • 3 months ago 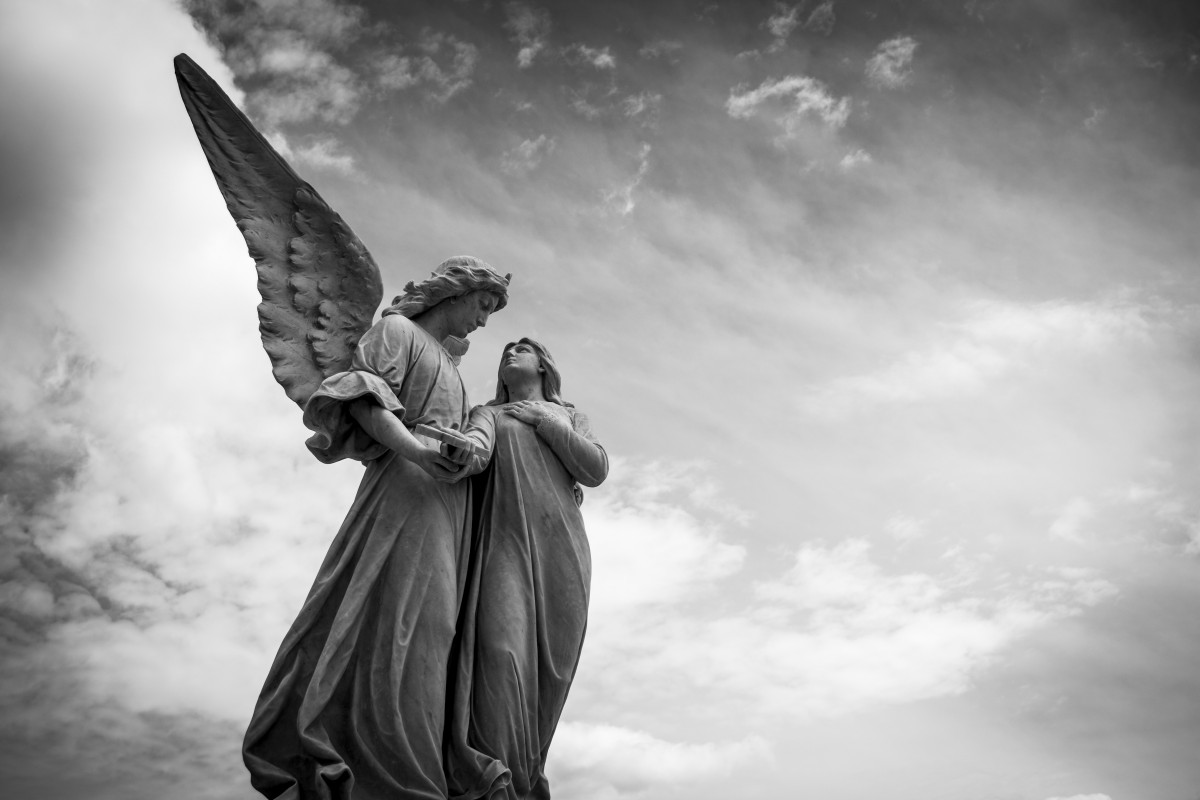 Nobody on earth can explain the nature of the angels today; But we know that they have a nature with God and one nature with the humans, just as Jesus Christ. But exactly how the angels are operating we do not know, but we can think and speculate as humans, and maybe we find some solutions of it, although not everything to any time can be explained on the planet, and some books have also been burned during history.

In the beginning, there was darkness around and inside the earth, and the Holy Spirit was over the waters on the planet, both the oceans and the lakes. And in the start, there was a battle or fight between the good and the evil angels, and the evils angels were going down to the hell, while the good angels stayed together with God in the heaven. And the angels are having a divine nature and a human nature. And the good angels are together with God, and the evil angels are together with the devil forces in the universe and at the earth. We cannot know for sure if all these things are happening, but the Bible is writing about it, and we can believe what the Bible is telling us, or we can ignore it.

The angels were there to send the messages from God to the earth, and their supernatural spiritual being is serving God, and we know there was an angel there when Jesus Christ was died and lay with his body in the grave. From the beginning, the angels were together with the humans, and together they got children, and these children became some some giants on the globe. And God did not like this development, and the giants were killed and some of them died during the flood that was on the earth.

We do not know too much about the nature of the angels, but we are trying to understand them, and people at the earth have seen angels during all the history of time, and they have said that to authors, and they have written about it, and some books have also been burned through the history of time. On earth, time and space cannot be assessed separately, they must be assessed simultaneously!

So, speaking the language of the angels; That is about speaking with tongues of praise, and speaking of tongues as the words are transmitted from humans to humans, just as they also are among angels. So, when coming to life, you determine what to do and why we are doing as we are doing. So, the angels, they are often friendly oriented, and they need to give messages to the people living and working on the earth.

So, how should we open for communication among and from the angels? Well, we should know that we are never alone, and we should embrace it. And this is about using our hearts, our souls and our minds, and we must have competence on high level to be recognized and valued where we are from time to time. The next thing is to take personal time when things are tough. It is about making quality time for your soul, and we should also use meditation. And we should love the people we are meeting, both with and without any knowledges, and we should use the courses we have been given through all times. The third thing in communication with the angels, is about giving permission. Angels will often give you vital information. And the fourth thing is to change the channels. And last but not least, it is about asking an expert.

So, which humans are we really? And can we know anything unless we have courses in the colleges, the business schools and in the universities? No, we cannot. We should collect knowledges in life in general, and we should listen to the angels, and what they are telling us. And the angels can be visible or invisible, and when Jesus Christ was dead, the angel in the grave was white as the snow!

Latest article, check out :
The world inventions; The history and the case of the DNA testing and sequencing, and this is about human genome mapping!