yohanhive in Splinterlands • 11 months ago

Splinterlands is an NFT collectible card game based on blockchain technology. In the game where you create a collection of cards with different figures and different abilities and use them to fight with other players in skill-based matches. Using blockchain technology, players can freely purchase, sell and trade their digital assets as if they were real cards and all transactions were recorded on the blockchain. 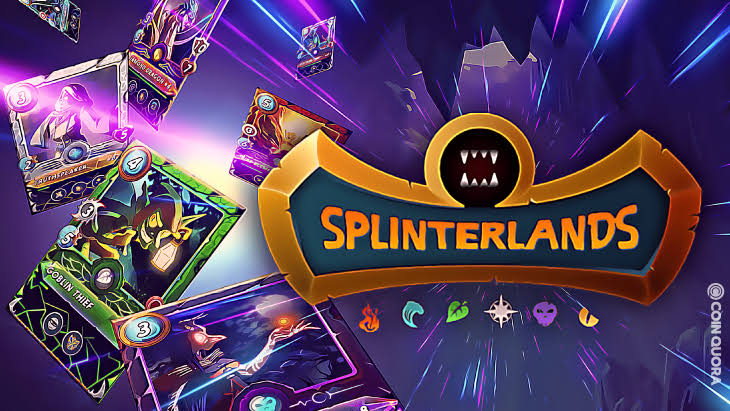 Yes, Splinterlands is primarily free play. This is the key for new players who want to get acquainted with the game and play some battles to test the NFT game.

All in all, if you want the ability to search daily, seasonal rewards, unlock cards, buy / sell in the market and earn DEC currency, the initial investment is only $10 USD. This value is required to buy summoners manual.

How do I play Splinterlands?

When a player enters a battle, he can only use one splinter, that is, the battle cards must include all fire cards, all water cards, all earth cards, all life cards, all cards from death.

Or all must be dragon cards. It is not possible to shuffle fire and water cards in a group. However, if you use a Dragon Summoner, you can use dragon cards as well as barbs chosen for battle. The game of Splinterlands consists of two types of cards: the convener and the monster. Each time you fight in a rank-and-file battle, you can select cards that are part of your deck. Your deck will have a caller up to 6 monsters and the Summoner card has the power to affect the monster cards.

Your Summoner card has powers that affect the whole monster team. Healthy summoning cards can enhance the health of monsters and fight against them. Your Summoner only has this effect in the game, so you won't see it in battle. Tyrus Palladium, for example, can provide +1 armor (highlighted below) in battle to all friendly monsters summoning life splinters. Standard cost to use in Monster and Summoner card battles. The battle you will play in Splinterlands will have a random cost and it will affect how you build your team. When we reach your first battle we will expand it further.

Speed ​​statistics determine the order in which monsters attack. Some power (speed) makes it difficult for monsters to hit.

The monsters can't lose health until they lose their armor. If a monster has 4 health and 2 armor and is hit by 4 damage attacks, it will destroy the monster armor. The health of the monster can be seen under the shield. The healthier the monster, the longer it can fight.

Stat values ​​represent the character's physical strength, speed, stamina and health. Physical strength indicates how much damage your monster will handle by turning against the enemy monster. There are 3 main types of attacks: blows, ranged and magic. Battleship attack from position 1 on the battlefield. The rarity of the card is displayed in the middle icon. There are 4 different card rarities in Splinterlands:

Experience statistics indicate the level of experience of the card. Increase the level of the card by matching it with a duplicate Monster or Summoner card. As you level up your card, different abilities can be unlocked, more health / damage / armor can be achieved.

Most monsters will have different abilities. Powers are listed at the bottom of each card. You can turn on the ability to see the name of each on your Monster or Summoner card. Visit the Splinterlands game page for an overview of all the different skills currently in the game: https://splinterlands.com/?p=gameplay

The Battle of Splinterlands

With the knowledge gained in the previous section, you should be ready for the first battle. Go to the Battle page and click the "Classified" button. The battle engine will now look for a battle to compete with you.

Once it finds a suitable match, it will display the following pop-ups: There are three main things to keep in mind when it comes to mana caps, playable shards and rule sets. Mana Cap will determine which monster can be brought into battle. Playable splinters are splinters that we can use in battle, for example, in this battle, death splinters are not available for use. Finally, the rules (or set of rules) are the special rules introduced for warfare, for example the Even Stevens rule set allows monsters to be used in battle with a uniform allowable cost.

End Of Today See You In Next Part.