luecas in Amazing Nature • 2 months ago 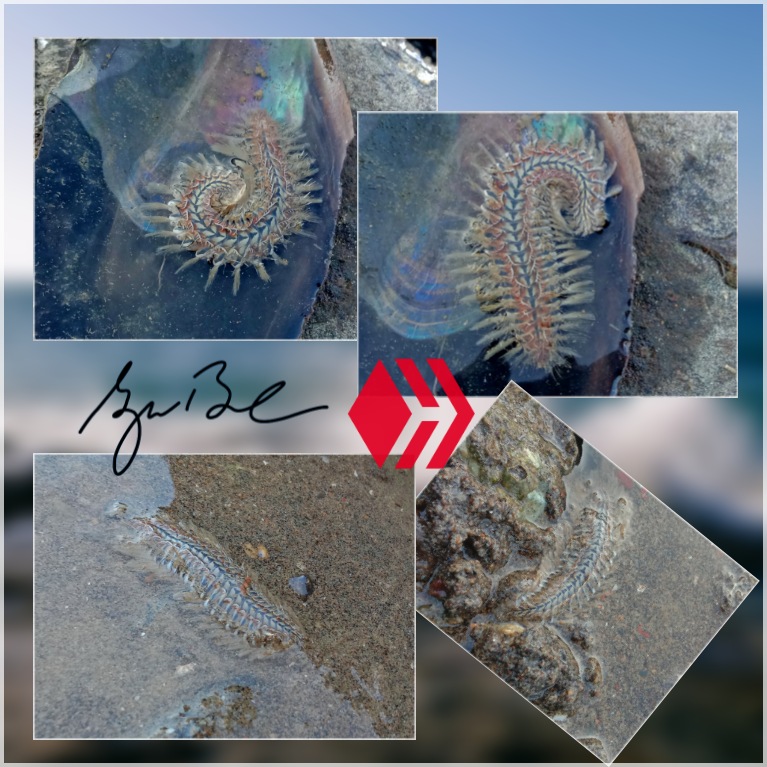 Have you ever seen this water animals?

If you live in an area far from the sea or beach, of course, it is very rare, or have never seen one in your life.

However, for those of you who have never seen it at all, here is the right place to see it in adding scientific insight.

However, for those of you who have played by the sea or whose house is on the beach, of course, you will be familiar with these aquatic animals.

Alright ... Let's get to know him more closely, in this my blog. 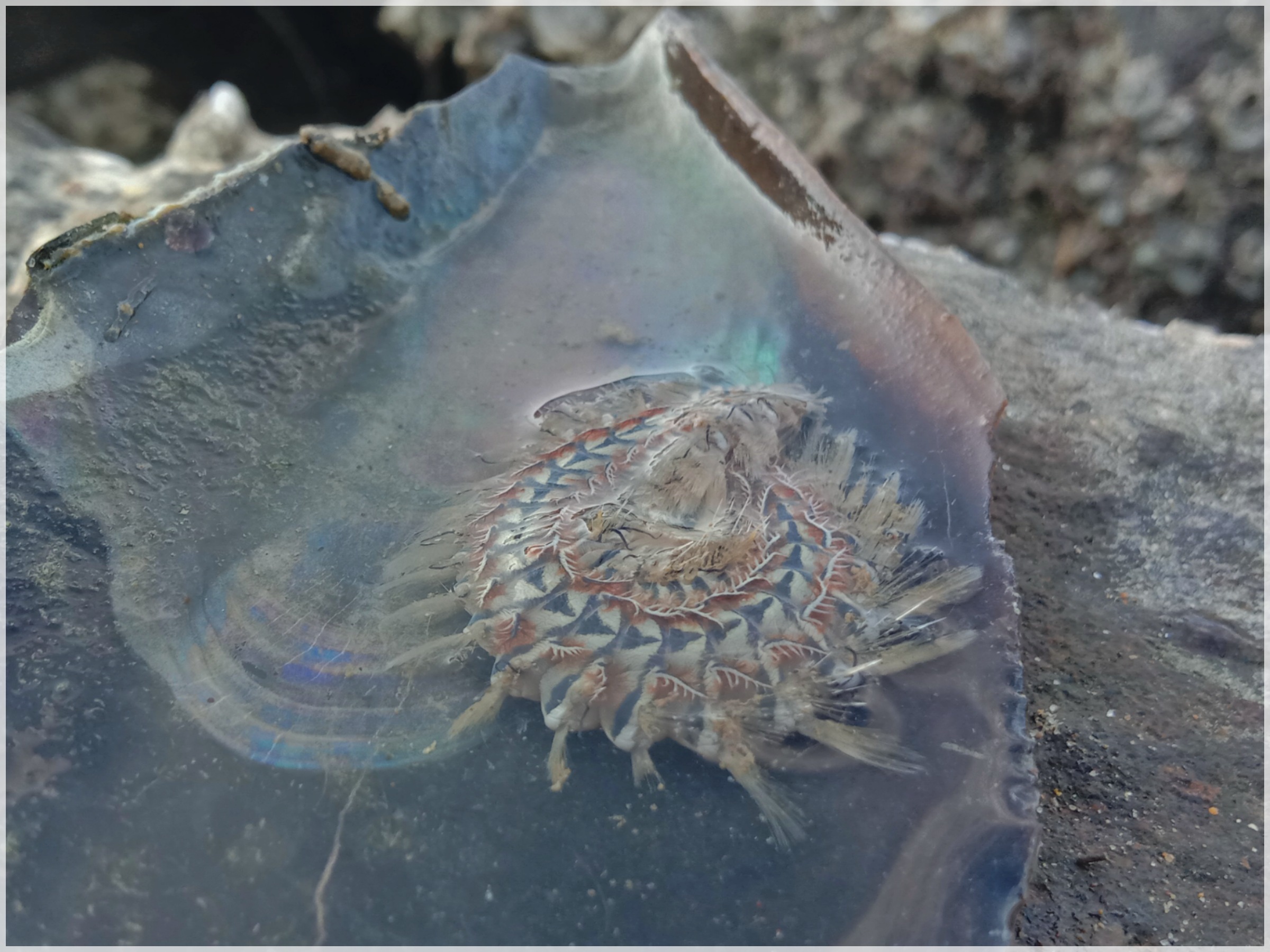 As in general, the life of creatures on this planet earth, knowing something about the object, of course, has a general or special designation. Either in non-verbal language or in verbal language (standard) itself.

Then what about the name in the common language of the world or in scientific language, I don't know it yet, this is because it is very rarely studied by experts, why?

Because, this dragonworm is one of the creatures that rarely appears in the world of research studies. Moreover, he is also very rarely seen on the surface or within the shore. Then why is it visible today, it is due to the influence of the big waves so that he was knocked from the rock bottom to the edge of the beach.

Thus it can be concluded that the name Dragonworm or Uelat Laoet is mentioned by the coastal community which has been known for a long time. Although we know him here by the names mentioned above, of course he has his own scientific name, but I myself do not know his name in scientific language.

Likewise things like the one above, if an object has a name, of course that object also has a nest location, especially if the animal also has a nest location. Well, in this case I will mention some of the locations where it breeds. This dragonworm is a marine animal that can live in two places both on land and in water. But on land it can only last a few hours, even then there must be water to wet it, if it is stranded on land without water, then an interval of 1 hour will die because these animals need water to take shelter and avoid drought around their bodies.

This problem is often seen by reef fish divers, they always play on the edge of the ocean where there are corals on sandy soil, they really like to bury themselves in the sea of ​​sand which is located on the edge of the beach or rather in loose sandy soil. So it is very difficult to see them playing on the surface of the water, but when they see human feet walking in the water, he will appear (come out of burying himself) then he immediately runs away and looks for another location, to bury himself with the same goal, this is done to protect themselves from other water predators. If they nest in a location that does not have coral then they will look for a location on the shore that has large rocks or on any pile of breakwaters.

Sometimes they will also take the opportunity to hide in their shell or clam-like appearance or in a closed location so that they are out of sight of predators or human sight and activity.

This dragonworm, is a species that resembles other aquatic parasites, but what distinguishes it is its character in everyday life, meaning that it has a very flexible and hard body if it wants it, when it is cornered by something it will shrink its body in the form of a caterpillar or like the characteristics of millipedes on land, well, when this happens, people will know that they do not like the situation around them.

Then what is unique and extraordinary is that this dragonworm is a natural detection tool or a signal of a horde of fish coming ashore (approaching the coast), for land fishermen (traditional land trawler fishermen) always hope that it will always and soon appear on the surface of the water (beachside) because if it appears above the surface of the water or comes out of hiding then this is a sign or the right signal that there will be many small fish playing on the beach, so in this case the fishermen will immediately take a lucky moment to then carry out their mooring activities with fishing trawlers in areas where there are many Dragonworms. 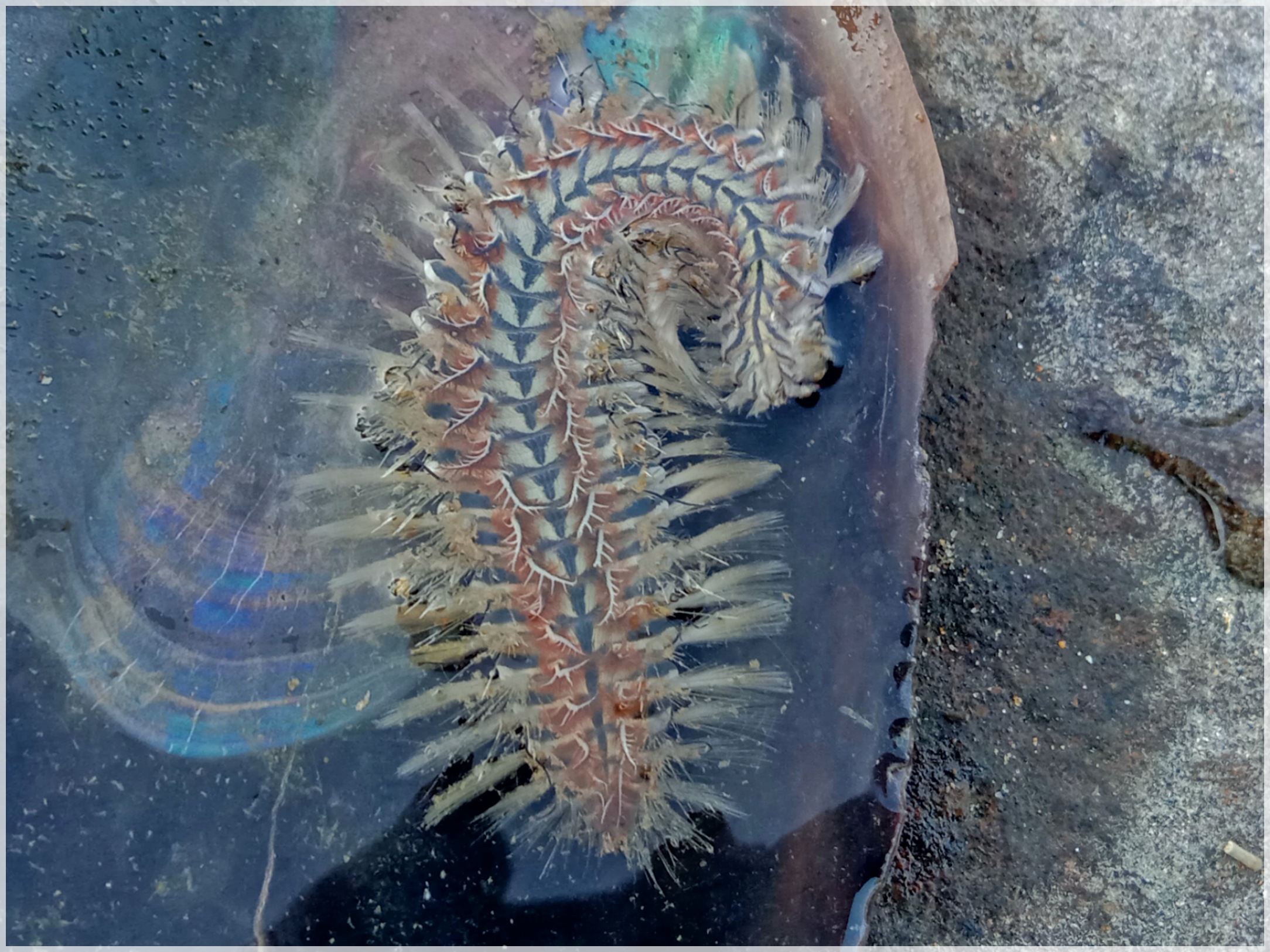 It has a unique body against the following backgrounds.

The question above has become an experience for me personally because when we were little we had experienced things that were not good. At that time I was about 10 years old, and my father took us to play by the beach, because young children are always curious about their surroundings, so when I saw him (at that time) appear above the surface of the water (beach) then I caught it with my own hands without tools to protect my little hands. As soon as I caught him, he automatically wrapped around his body like a millipede, then at once the palm of his hand was pierced by its sharp thorns. Then I saw that his hand was covered with fine thorns that had loosened on his body. I shouted loudly and cried heartily because the soft thorns were left inside the inside of my palm. It was very painful, the pain was like being pricked by a needle and the throbbing pain (pain) would not stop for 2 hours.

My father tried to help me by removing the venomous thorns with makeshift tools. The fine thorns numbered in the hundreds, so it was almost an hour that my father pulled them out from the hand that had been planted with his poisonous thorns.

My hand was swollen even though the doctor had given me anti-pain medication but I still felt pain and itching for 2 days. 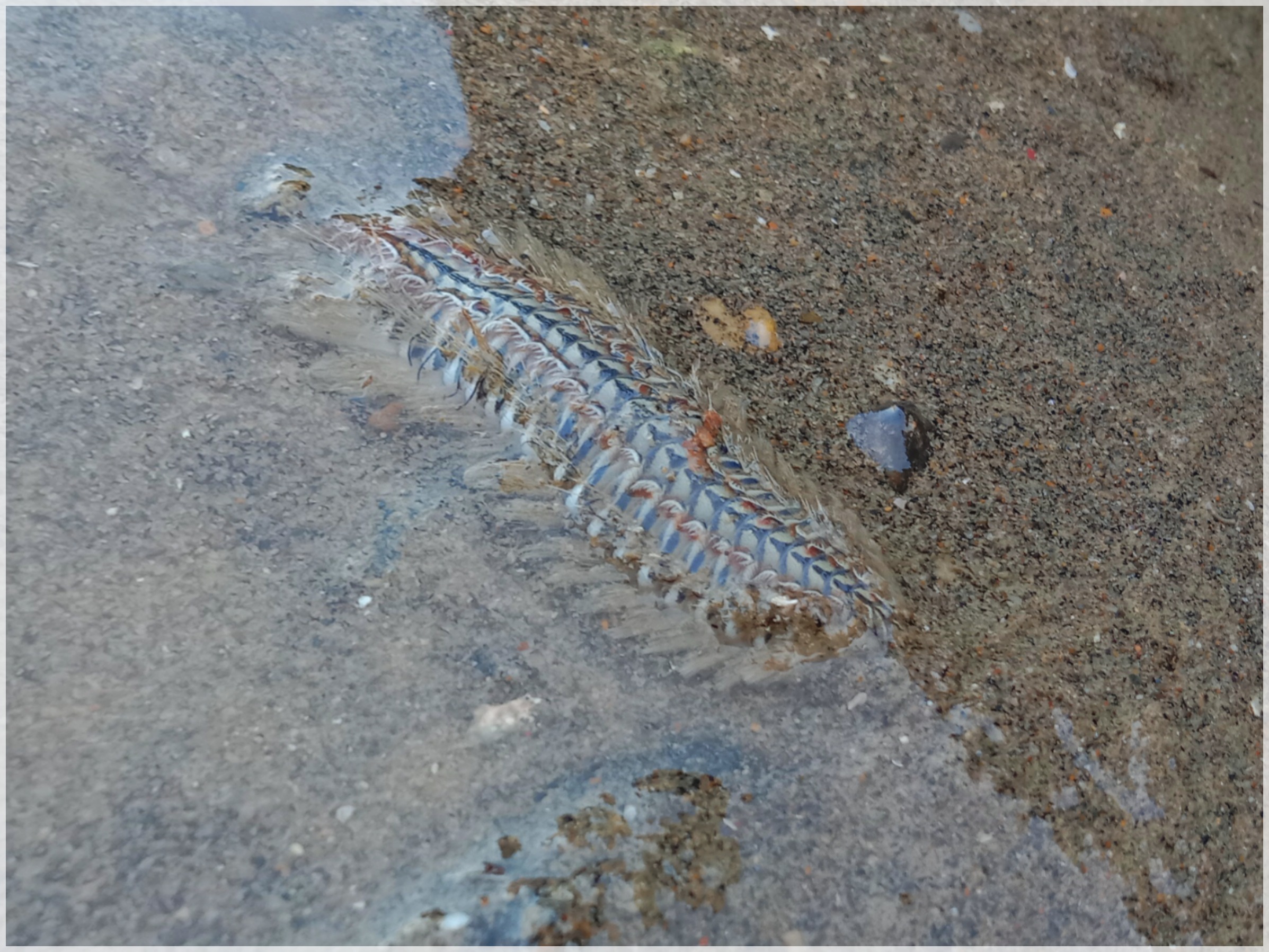 So if you meet him on the beach don't approach him, let alone catch him with bare hands, if you want to take a closer look, you should use tools such as wood or other tools around him or never catch him directly, because the toxins in the body are very itchy and sore when they stick to the skin of the your.

5. Is his presence useful for human life?

Every living thing that has been brought to this planet earth, of course, has advantages and disadvantages depending on the species of creatures themselves. Then what about this Dragon Worm? Of course, they also have several benefits for human life and other aquatic animals, even though the thorns have dangerous toxins (like what I have experienced), but the explanation will be conveyed in the next season because too many explanations have been written. And of course with the same title and also on the same blog.

Thank you very much @discovery-it :-)

Congratulations @luecas! You have completed the following achievement on the Hive blockchain and have been rewarded with new badge(s) :

We appreciate your work and your post has been manually curated by @nelinoeva on behalf of Amazing Nature Community. Keep up the good work!

Thank you so much @amazingnature and @nelinoeva, for choosing me in this. I was very happy when you visited my blog.

Thank you for showing us this amazing dragon worm with such detailed descriptions on it ^^ .. this one stimulated my imagination highly, hahaha .. it could be an alien worm parasite ;)

Thank you so much @adalger! Have visited my blog, your presence makes me happy, you are very kind, I hope your days are always in good condition :-)

Thank you for this great explanatory post on the dragon worm ^^

We appreciate your work and your post was manually curated by @adalger from the DNA team!

Thank you very much @dna and also my best friend @adalger! Have chosen me in this, have a nice day always