How Do Birds Survive the Winter? 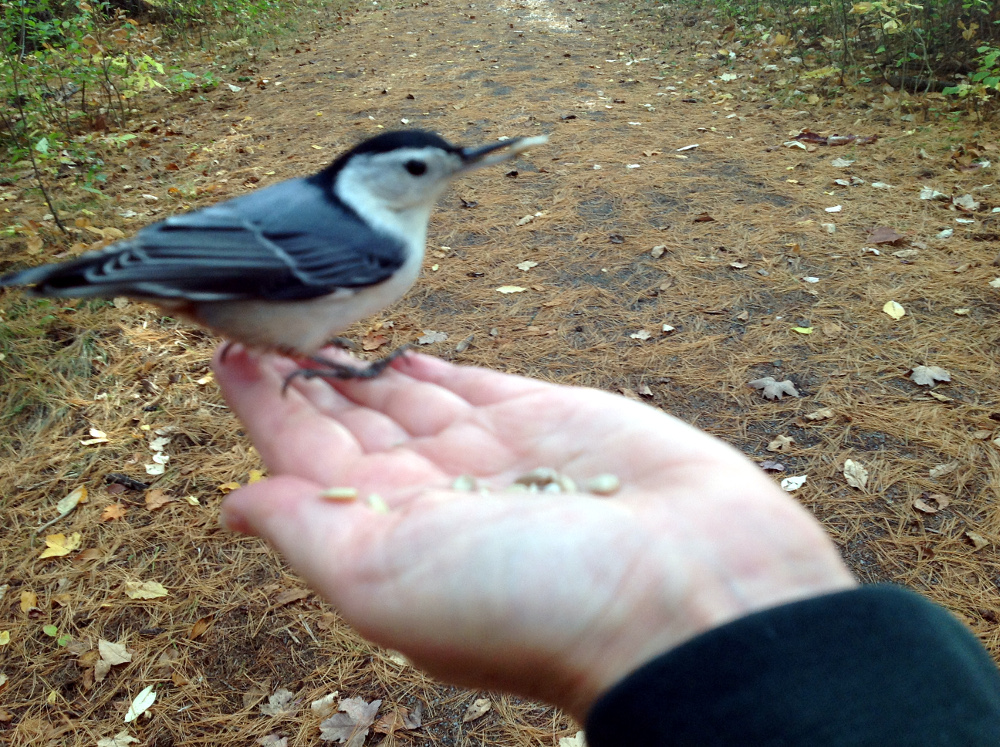 At this time of year, walking the trails in my area, you're bound to see some of these little guys. This one is a white-breasted nuthatch. In the autumn they form mixed flocks with the chickadees and that helps all of them with winter foraging; when one spots a food source, the others join in. That's how we ended up with ten little birds landing and snatching seed as fast as they could.

As the temperatures have dipped for us lately, we started wondering how creatures so small survive the cold. After all, they're warm-blooded, like us, with a body temperature that stays a pretty constant 105 °F (41 C). If they don't fly south, how do they survive? As it turns out, in colder weather they employ many strategies, some similar to what we might do and others that have evolved specifically for their survival. These birds, above and below, are the tough little black-capped chickadees. (Incidentally, the collective noun for chickadees is a "banditry," probably referring to their little black bandit masks.)

Some birds grow more downy feathers for winter. Others, puff out their feathers to increase the insulation around their bodies, like us wearing a jacket. They can huddle together to share warmth and they tuck their heads in to decrease surface area. Thick brush and crevasses provide shelter.

Some birds spend a majority of their days finding fatty food sources and putting on fat for warmth and energy, but not the little ones. Too much weight and they wouldn't be able to fly! 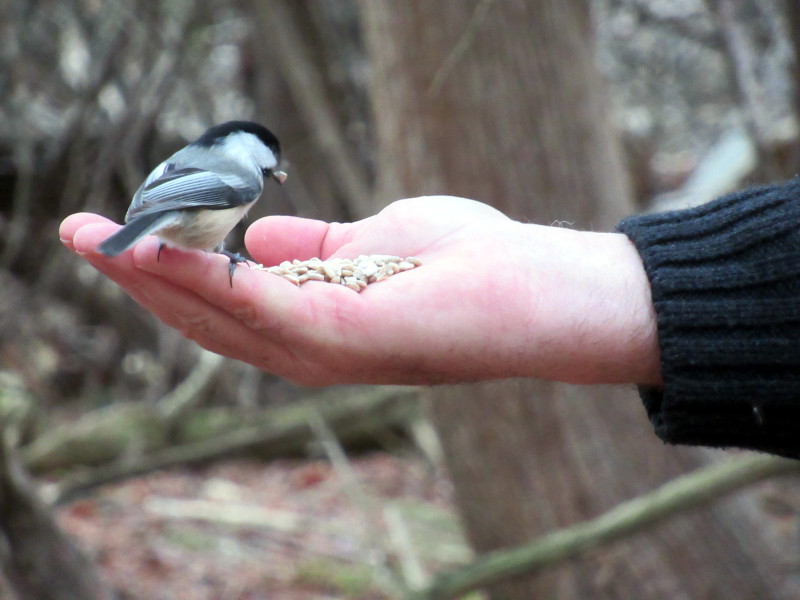 The chickadees have some ingenious features. They can shiver by activating opposing muscle groups, and unlike with mammals, there isn't a visible shake and it's better for heat retention, but they may have to feed all the next day to replenish the fat lost through shivering.

Their feet are maintained at a temperature near freezing, much cooler than their core, and a continuous flow of blood to their feet with arteries and veins near each other, allows the veins to reclaim heat that might have been lost. On the left, above, a red-breasted nuthatch shares a meal with a chickadee. 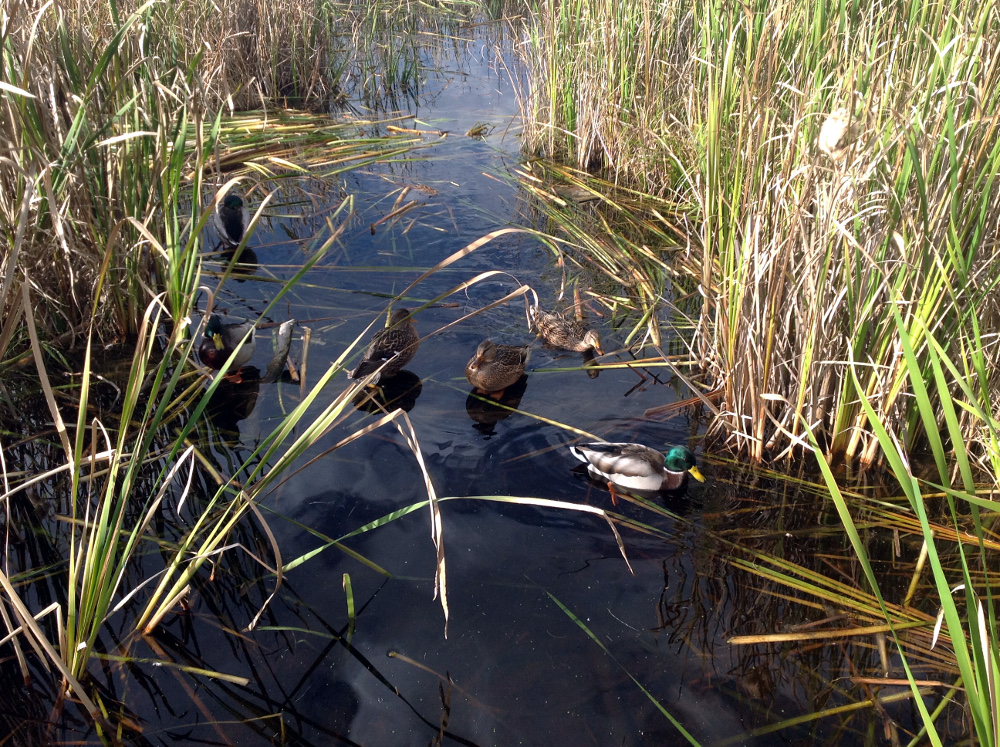 Ducks, like these mallards, are an example of a bird that keeps warm blood circulating around their internal organs while having their feet in cold water or standing on ice. As long as they have an open water source, food and some shelter, they can stay warm through the winter. Most still fly south. It's important that birds find food through the winter and we can help by putting out bird feeders for them.

Most photos from my Canon SX620 HS on the Old Quarry trail and photos #1 and #5 from my iPad on the Sarsparilla trail in the greenbelt, Ottawa, Canada.

There are also these birds in Cyprus, they are pretty.

Thank you. I think I might have posted it in the wrong place and don't know how to cross post yet.

Peru in May… mtb biking, this new variant, who knows now..
Got a ton of air miles I am itching to use… lol

Very cool! The South Africans were calling it a mild variant but it's true you never know how weird the world's reaction will be.

Yes, that's the thing we don't know.. could be a stay in Canada vacation again, which is ok too...

You had the trip of a lifetime going to Oz...anything else would seem pale compared....lol