Did you know that rats can laugh and giggle?

ablaze in Amazing Nature • 6 months ago 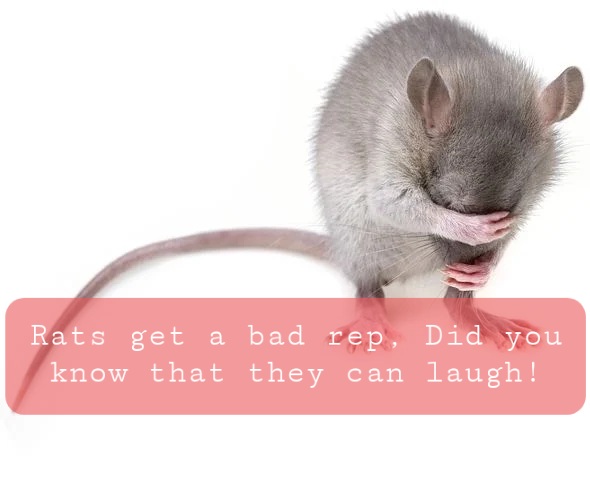 Ok so I realise that due to the subject matter, I'm going to lose some of you even before this opening sentence. Just the sight of a rat will make some peoples skin crawl, but that's just conditioning from society and a rat deserves as much respect as a cat or a dog if you strip away our preconceptions. They are a living, breathing, giggling animal just like the others.

Yes, i surely did. Rats actually giggle when they are tickled. There has actually been numerous studies carried out on this very subject. So that's where all the tax money goes to then. How random is that! Giggling rats who are ticklish. Maybe if more people knew this, they wouldn't be so terrified of the little guys. Mind you, I have seen some terrifyingly big ones during my time in Cambodia, but sure had I known they giggled, I might have had afternoon tea with them. Let's call a spade a spade now though, there isn't a marketing department in the world that could save the rep of the aggressive and destructive colony of rats and a colony it is, with estimates putting the rat population at a staggering 7 billion or one for every man, woman and child on the planet. But if there was anything that might help a would be rat marketer, then the laughing, giggling and tickling would be a pretty good angle. 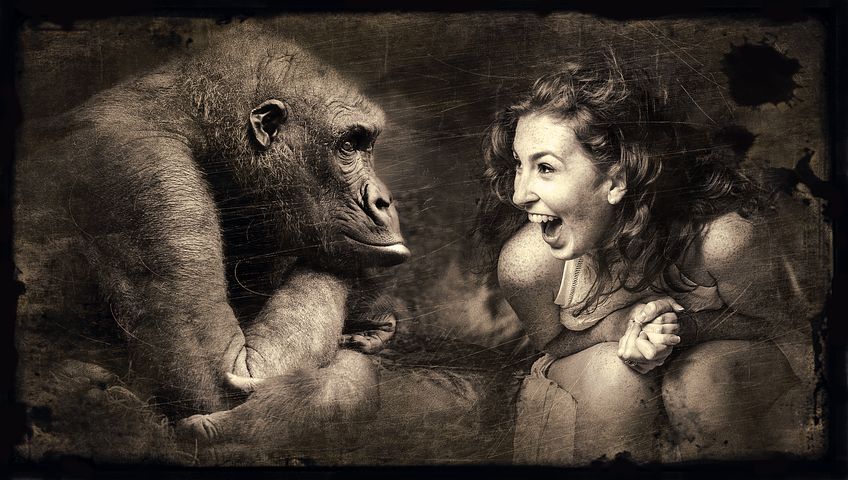 Laughter is a bit of a mystery, we do it and some of our close relatives like gorillas, orangutans, chimpanzees and bonobos laugh too, especially when they’re tickled. Now it seems we can add rats to the list. I found this info online when someone mentioned to me about laughing rats recently and I had to look it up!

Researchers have long observed the pleasure rats seem to take at playing with human beings—running to a human hand to elicit a sort of chasing game and seeming to delight in having their abdomens tickled. In both cases the animals appear to express pleasure with high-pitched vocalizations and with excited jumping, the last known as Freudensprünge—which is the kind of delicious word you can go your whole life without hearing and then, once you do hear it, can’t imagine how you lived without it.

Freudensprünge, however, is common among many animals; the laughter is rarer and that’s what the researchers who wrote the Science paper—Shimpei Ishiyama and Michael Brecht of the Bernstein Center for Computational Neuroscience in Berlin—wanted to study.

Ishiyama and Brecht implanted minuscule electrodes into the rats brains. They choose the somatosensory cortex, because it’s the largest sensory center in the brains of mammals and because studies in humans suggest that it may be where tickle-induced laughter is processed. Unsurprisingly animals are not going to be to happy about having anything implanted in their little brains. Any subsequent experiment based on fun is unlikely to be successful, so the researchers allowed the rats all the time they needed to recover after the implant and only then began to familiarize them with play at this stage.

Once the rats were prepared, Ishiyama and Brecht stimulated them in three ways: with vigorous abdominal tickling, gentler tickling and chasing games. In all three cases, neuronal cells in the somatosensory cortex increased their firing rate—by 77%, 67% and 80% respectively, which is really interesting.

The Vigorous tickling is the bit where the little guys laughed a skittish little rat laugh. Incredible. The laugh is hardly susceptible to the human ear
Byt the ultrasonic vocalizations (USV’s) at a frequency at 50 kilohertz could be detected and rendered hearable with a little digital signal processing. So there you have it, rats csn laugh, and so in a sense rats can feel, there are not so different to you and I if we break it down. So next you see a rat, tell him your best one liner and see do you get a chirpy 50kilohertz laugh out of the little guy.

That's it from me. Thanks for stopping by.

The photos used throughout this post are not my own and were sourced on my copyright free website www.pixabay.com

Well that's cute, that rats can giggle. 😊 I had no idea.

I'm not one of those rat-squeamish people -- I've had pet rats and mice before. My last pet rat lived to the ripe old age of 3 and a half, ancient for a rat, and he was beautiful. Not sure I ever made him giggle, but he was a friendly little fellow!

No way, that's cool there's no way we could have pet rats or mice in my house. My wife would freak out, she's scared by the sight of them or even the thought of them 😁

The first animal, is the way you see yourself. The second, is how people see you. And the last one, is who you really are.