Impact of Ethereum 2.0 on Hive! Are you moving too? 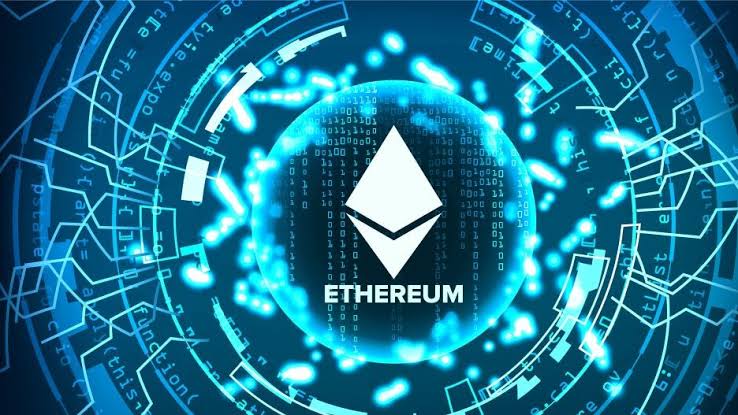 Hive is pretty fucked if Ethereum successfully ports to ETH 2.0, okay, maybe that was too harsh, Hive and the likes are pretty screwed if Ethereum Blockchain successfully ports over from POW to POS. One of the features Hive boasts about in its tech is its fast and feeless transactions while this has been a huge bone in Ethereums throat at its present state, its about to come to an end.

Another thing Hive is known for is its fairly large but vibrant, active and diverse community among the POS faction.

When it comes to communities on POW blockchains, obviously Bitcoin takes the lead, then Ethereum follows right after, what do you think will happen when an already existing popular-smart-contract-capable community ports over to a technology that has been modified to be fast and almost feeless? Imagine cryptokitties, but fast and feeless.😲😲

Now look at this.

By the time the entire Ethereum community with its ecosystem of Dapps perform the migration to 2.0, transactions on the blockchain will be extensively cheap, the sharding feature on the ETH 2.0 will allow 64 chains to run in parallel, meaning that the speed of the transaction throughput will be considerably increased.
Source

Its no news that the POW state of Ethereum has led a lot of dapps to pools of congestion and has subjected its users to facing fluctuations and ridiculous high gas prices repeatedly, POW isn't just fun point blank, however, if this ship sails, it might very well be moon time for Ethereum as most of this short comings will be eradicated. On the very basic level, "Hive is an open-source blockchain, forged in years of development to bring Web 3.0 to the world. With a diverse community of stakeholders and without controlling bad actors, individuals can experience true ownership in a decentralised blockchain & cryptocurrency".
Source

Firstly, this caption does not justify the capabilities of Hive to a layman and should be re-written but then again who fully understands what Hive is? secondly, this POW-POS migration does not come that easy, to participate in Ethereum 2.0 staking protocol, you need to stake a minimum of 32 Eth, it reduces the cost of infrastructure and electricity but it doesn't come at a cheap cost.

So the solution to this is what they call pooling, where you can stake any amount of Ether but in a pool with other people like yourself under a centralised third party application, and then the mining dividends will be split around each contributor based on their inputs. The downturn to this is that this operation will be on a side chain and won't embody Ethereum's intricate security and can lead to loss of funds just as we've been seeing on many ERC20's.

It is also a fact that pooling can lead to centralization where more people commit their Eth's to projects that offer the best incentives or returns. Everyone conversant in the crytosphere knows the fears of having a decentralized ecosystem become centralized, in fact it is considered an attack in some chains and raise heavy red flags. It is yet to be known how this flaw will be mitigated if it happens on Ethereum but the possibility of it is non debatable.

This is different from Hive where users don't have to trust any third parties before they can participate in Defi!

In conclusion, I honestly wish Ethereum blockchain a successful transition, because in all honesty, this is like a patient going to have a heart transplant, its 50-50, at worst though, they will perform a roll back, and immutability will be lost forever on Ethereum.

On the bright side of things, I might be surprised at how many people are in possession of 32 ethereum or are on the way to acquiring it such that the possibility of such centralization cannot take place.

In my opinion, I'd rather Ethereum leverages Hive rather than build from scratch for its scalability issues, but only if wishes were horses, Eth 2.0 is already in testing.

Also, Ethereums move to POS is going to do Hive a major publicity because it will make more people aware of alternative POS systems, especially with Dapps like Splinterlands topping the charts every now and then.

Lastly, this is Hives 3rd and almost 4th year in development in this whole POS shit, Ethereum is just about to step in, when Ethereum was on POW and miners determined shit, all was fine and rosy, now lets watch Ethereum deal with the human factor associated with human beings when dealing with this POS shit. Ethereums case reminds me of SMTs on hive, make it or break it fella's. Lol

I take back all I said in the beginning about Hive being fucked, I just wanted to get your attention.
😘

Disclaimer
I just had a blunt of hive, I might be seriously Hive(Pun intended). So kindly do your research before making your investment decisions. 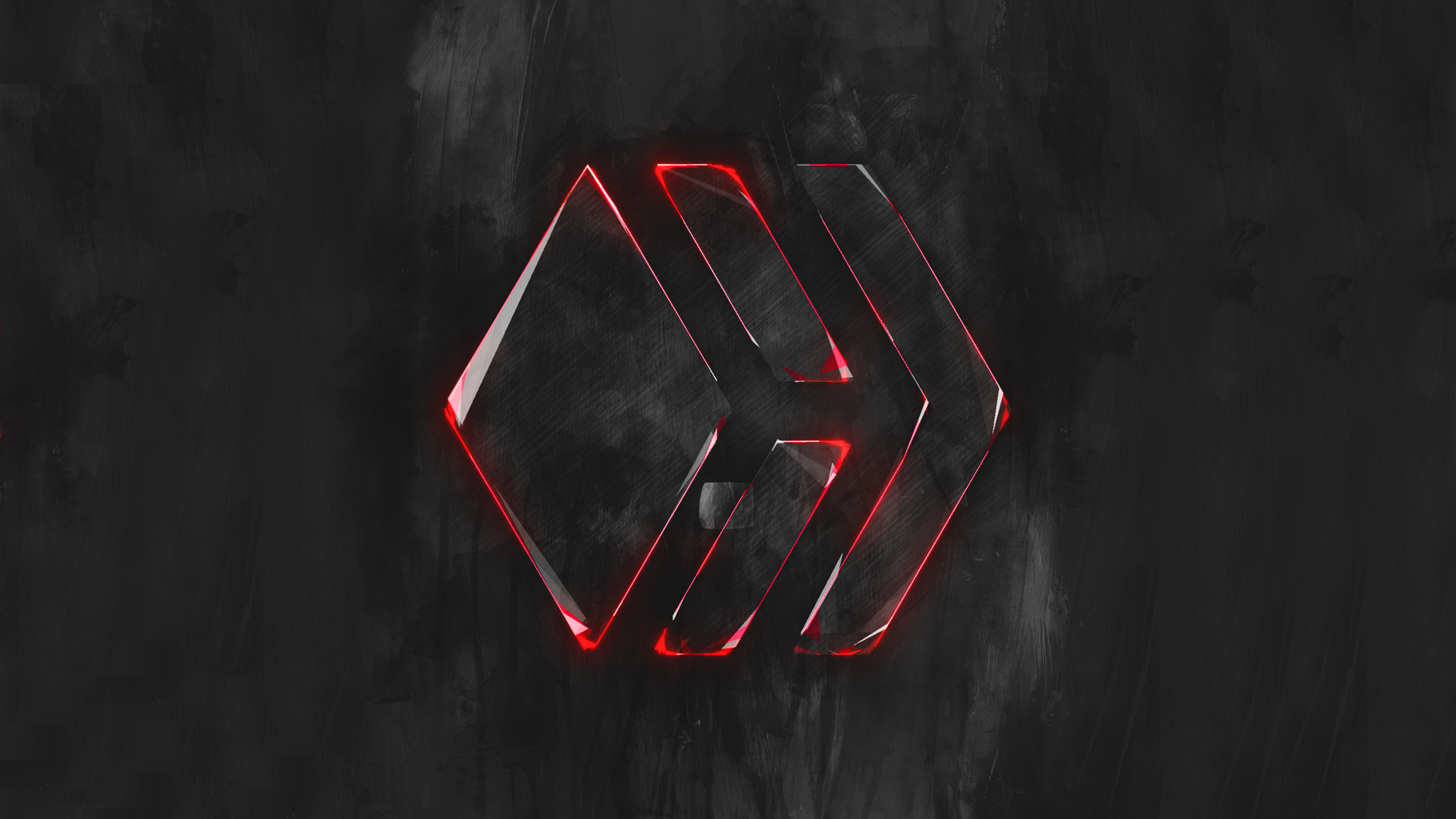 Wow! Quite the amazingly entertaining and educational post on Ethereum. The guerilla in the room always and the legacy favorite. We May all be piddling in the wind on other blockchains. A very serious post, very needed wake up call and important points though. Ethereum is poised for world domination if 2.0 cures its ills. But it’s going to be funny as pluck when they have to deal with the poop storm of human emotions on DPOS. You made me LMAO

Glad you enjoyed reading my thoughts, first mover advantage will always come in to play, hopefully Hive can harness the opportunity to show the world what its capable of. Appreciate your comment shorty 🤗

Lol....this is a blunt statement of facts. It sounds scary with the way u put it. I really appreciate this piece of facts and eye opener. Knowledge gained

Glad you think so, do come back for more awesome stuff!/

Yeah man I hear you, Ethereum will need to work out a lot of the kinks that we've worked out. Then again, Eth has an exponential higher amount of developers. It's all good though, I think it will just better position places like Hive. People will be looking for DPOS options once they start to become aware of such a big one that Ethereum may bring.

Don't even get me started on SMT's. That acronym just pisses me off, it's constantly dangled like a carrot infront of a damn horse on a stick. "Keep going, keep investing BECAUSE SMT!!!!!!!!1111" obnoxious. One area I'm disappointed on with Hive is the continual promise yet never delivery of SMT's. I understand they are difficult to develop but stop talking about them if it's hard to develop! Just keep working on them as a footnote or something but so many big announcements are like "... and will be improved with the rollout of SMT's!!!!!!" ugh.

You give one of the best comments in this space, I just laughed my ass off, thank you very much and yes. I jus think Hive needs to move faster in development, everyone should literally keep playing their parts. And lastly, Hive needs a more robust Defi system, else!!!!

Hahah good, I was going for that! I think SMT's will be cool if we ever get them but please god stop talking about them unless they are coming next month!

I keep hearing people talk about DeFi but I don't know a whole lot about it right now, I will have to look that up sometime this weekend. I read briefly about it but obviously it didn't sink in lol it's one of those things that sounds cooler when you understand it.

Defi is basically the gamification of Tra-Fi i.e the traditional finance system, but with proponents of blockchain features which makes them just sweet. Yeah read on them, cool stuff

But SMTs are coming next month ...for sure! 😛

It will be interesting to see how it pans out for Ethereum, all the best to them. I believe their success will be a growth to the crypto community as whole. Hive will have it's share of success to.
The world's population is big enough to house users from different chains.

Exactly, the sky is big enough right. Hive will have its loyalists and they will show hive to the world.