Hive in the society - Revolution, evolution and solution I sent my friend all my earnings from the past weeks works, one wrong letter in getting his name spelled correctly will have resulted in hot tears, mine and his, mine because its my mistake/loss and I have to live with it, and also his because he really needs the money and almost got it.

One might think its just 35$, how bad could it be? Well I'm glad to tell you it can get very bad, heart attack bad - if there were more zero's behind the 35$, it happened to me last year, no, not the heart attack - God forbid! I misspelt a wallets name and sent almost a thousand Steem to it, unfortunately the account was/is inactive. It was really awful.

So yeah even in some cases, such irreversible unfortunate events can lead to a stroke! This is terrifying to the masses and will likely continue to be for a long time, the same way flights are terrifying to some people till today. Are you surprised? I'm a typical example of those people, I'm scared of heights to start with, not to mention being in a flying bus!

However, my/our fear for flights has very little impact on the adoption of flights all over the world, those who will use it a thousand times will continue to do so because they either have no choice or have valid reason's to. The same way people opt into whichever Blockchain they wish to, being fully/partly aware/ignorant of the impact/risks it has/will have on them.

Through history, we can see that every technological revolution has a set of users that will depend on its very existence, you can name it, Television, Computers, Cars, the Internet - e.t.c, Now, we have the Blockchain(many of that) including Hive.

It is no farce that Humans are social animals and as they evolve, so does their social tools. Hive in itself is merely an evolution in mans social tools and the few who have chosen to adapt to it can already vouch for its benefits, so much that they want it known and also adapted at every corner of the world because of its novelty. Through Hives lens, one can either see "Opportunity" and advance or "Limitations" and be left behind, the same way a 45mins flight should make my travel faster than a 3hours road trip! For me, without Hive, I wouldn't have been able to come through for my friend, not to talk of having connected with him. Hive serves different purposes to a lot of people on global scale. Even on different days,

Today, its an emphasis on how the monetary props have benefited me, in a previous/future post, it might be about the community, a person, a post, or an application built on the platform.

Other applications of Hive in the society 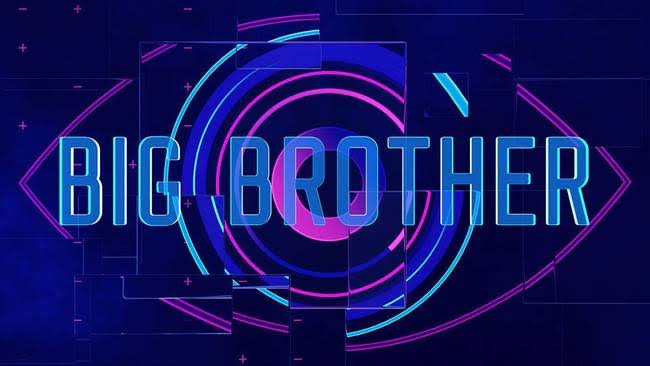 A typical example of this is the BBN(Big Brother Nigeria show), an annual live TVshow hosted on DSTV and streamed by millions of Nigerians and other people around the world everyday, contestants are selected and kept in a house for few weeks, eviction of housemates continues to takes place based on amount of viewers voting rights.

A reality show in which contestants live in an isolated house and compete for a large cash prize worth $100000 at the end of the show by avoiding being evicted by viewers.
Source

The win is to be the last man standing in the house, to win means the person garnered more support than every other person in the house. This process is not trustworthy, as one account can vote multiple times, there is no transparency in the data leading to the conclusion of the winner and people just waste their resources and time based off the decision of two or one persons which could be bias.

If it were to be a stake based voting system recorded on a blockchain like Hive, there will be transparency and no need for trust as all voting entries are verifiable, resources will be better managed by fans as they only have to buy stakes once to have meaningful votes. Participants can/will also maximise their rewards by curating and creating contents in form of comments or posts rather than send texts messages, and the data will always be available on the blockchain.

We can even go further as to predict who will win and buy our stakes based on that individual with the plan that the person will buy back his tokens off the market with his rewards thereby making us rich too! A participant can also incentivize public opinion by rewarding their supporters with their native token, all powered by Hive!

The applications are so wide and I could keep going on! I've gassed out at this point lol. I hope you've enjoyed reading me so far...

Thank you for your time, it will be nice to see what you have to say in the comment section! Thank you for reading.

A brilliant way to slut in the Big Brother show, something I last watched over 10 years ago because I see it as a waist of my time.

However, bring up the voting part is brilliant, if DSTV could implement blockchain as a tool to aid deciding the winner that will be of absolute fairness and transparency.

Joe my man! Lol I don't know why I can't either, like sit down and watch other people live their life and blow each other off for 24hrs did not seem attractive to me at all.

Whereas some people love it. Damn

Lool😂😂😂😂who I sabiiiii for there, I fit educate them if someone can get them interested, it will be a super big move for the franchise, and will benefit them a lot

I have an acquaintance that works with DSTV here, when ever I get to bump into him I will check with him if he can recommend a someone to chat with over the subject and you will be kept in the loop.

I'm sorry about the loss and I hope the little tipu can go a little way. I use to take transactions really carefully because one can just mess us the spelling of the names so I Just rather copy it than spelling it. Hopefully this week can be good.

Yeah I try to double check all the time too since that time. Thanks mhn, I appreciate.....its okay weeks gon be great!

That sucks man, even if you mistakenly transfer 1 hive it sucks to lose it! I know it’s always easier to look afterwards but you should try and do test transactions first before doing the full one. I’ve done that every time and I thankfully haven’t lost anything but I know so many have!

Thankfully you didn’t do as bad as Darth knight, I think he transferred 1.2 million Steem to the wrong address. I feel bad for the guy lol

Maybe the big brother show can start on here! I personally don’t like them but who cares? Let them join!

Damn that must hurt so bad! What a burn parade! 1.2 whaaaat?!

Thank you for the advice, lol, now I make transactions with my eyes mouth and nose wide open, though on Ethereum there's a smart contract that prevents people from making such errors through an automated escrow, of course its free to opt in, but I'm sure some will find it useful.

Lol I doubt they will...cuz they want to maintain some level of control...you know....the centralized way...

This is indeed true and educational. Sorry for your loss. It is always painful to lose no matter how small it is and that is why when I am doing any transaction, I take my time and pay close attention to make sure everything is correctly spelled and written.

Your write up is truly informative and I salute you for that.

Three gbosa for you.

Thanks evegrace...how you dey now....

Glad you enjoyed it. 😃

Thank you, I dey fine ooo. God dey keep me.