mistakili in HODL • 2 years ago 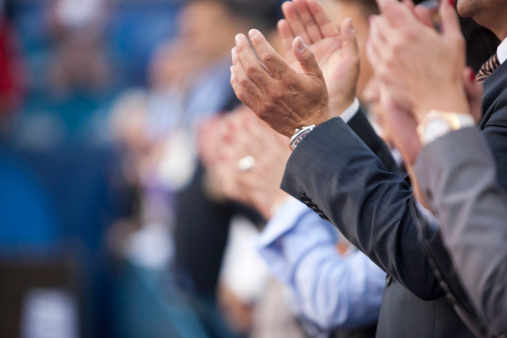 Reputation systems are programs or algorithms that allow users to rate each other in online communities in order to build trust through reputation.

On Hive, the reputation system is denoted by an identification number which is used to represent a users contribution/performance/credibility within the ecosystem based on certain metrics/algorithms or at least that's what its supposed to be. A new user starts out with a reputation ID number labelled 25 which gradually increases and goes all the way to the 80's.

One of the important metrics for growing one's reputation is dependent on accrued votes, when a user makes a contribution through posting/comment or other micro tasks, they are rewarded by the community through votes. Also, when a user goes against the community rules, they receive negative votes also known as downvotes which also impacts the users reputation.

This imperfect balance sort of skewed the essence of the entire reputation system, because under a working system, the higher one's reputation number, the more recognition/credibility such person should have within the system, but this isn't exactly the case because during the Bot era, a lot of users gamed their rep all the way up despite their activity or contribution.

Whether or not there will be a fix or if one is needed remains to be unknown, the community has therefore improvised by recognizing its members based on relationship built, real-time contributions, rather than reputation gained. So for some, the rep ID number is just a number while some people still attach some importance to it.

Personally, having been active within the community for so long(almost 3 years), its hard to miss who is contributing to the growth of the ecosystem and who is bringing it down, its hard to miss the difference between @taskmaster4450 and haejin or perhaps @aggroed even though they all carry high reputation numbers.

In all my experience I've also realized that a users active involvement and knowledge about the community isn't also necessarily tied to their rep, some people do the most and have averagely low rep numbers. For me, I just recently stepped into 71 rep mark, although it still fluctuates between 70&71, but believe me when I say it is more than just a figure.

Blogging consecutively for almost 3years, active in various communities, ridden the high and lows, survived a hostile take over, gotten more friends within the community than in my offline life, hosted meet ups, several outreaches, entered for and won numerous competitions all within this community and most of all, a 71 to my name, its amazing to me actually.

The reputation system maybe faulty but in my head it works just fine, one can tell the difference between when I joined the community a 25 and now that I'm a 71, I've grown accustomed to the culture, there are things I wouldn't do compared to when I was a 25, heck I didn't even have any substantial "Power" to my name at that time.

Getting to become a 71 was no easy feat for me, it was a figure I envied for so long and I've learnt a lot on the way here. This is how I feel it should be for everyone under normal circumstances. Perhaps at some point the rep system on Hive becomes even more recognized beyond the platform, I wonder what it'll translate to.

Just sharing my thoughts. What do you think about the reputation system on Hive?

This is something that is under discussion on Leofinance. I would expect that we see a new rep system for this site.

As for Hive, it is not perfect. You nailed it that some of the early players were able to game the system. At this point, it seems like that is little point of even looking at the rep. Of course, if one does, it will give an idea of the range someone is in. Perhaps it could tell something but there is no guarantee.

I am not sure that anyone developed a good rep system out there. It is all subject to pitfalls.

I also doubt there's any one out there thats "perfect". Eventually it becomes a thing of the mind, or perhaps a personal achievement. I wish it worked as it should though.

Nevertheless, I trust that if its something Leofinance will like to dabble into, it will sure be something to look out for,I do hope so though.

If Leo is going to rethink the reputation score I hope they will take into account way different metrics other than upvotes. I would definitely add engagement to that equation.

congratulations on hitting 71, Stunning write brother, I'm currently eyeing 77 it would be an irregular milestone for me wouldn't be bad to see a rep score for Leo too but then I hope it wouldn't translate to moving off the chain

I doubt it will require moving off chain, the question is, is it even all that necessary? I mean, even on Hive, what's the use besides personal aggrandizement?

Well aside personal aggrandisement there's nothing else, but we'll it sure gives me a good feeling reminds me of how I've manually gotten there without buying votes really

Hive's reputation scores don't mean anything. Just the result of paid votes and circle jerking for quite a few users out there. I don't even look at such numbers anymore.

Lol...I wish it worked as supposed. I saw one of blocktrades recent post mentioning something about fixing the rep system, I wonder what it was about.

I don't care what blocktrades has in plan to change the reputation score. That guy/team acts too much as if he/they were the owners of the platform. The score is flawed and that's it. Why should have one to begin with...

😂😂😂lool okay calm down...funny enough I don't see them/him like that, probably because I've worked with programmers before. They've got an attitude no doubt. Lol.

Its just a community thing...for rating and stuff,...