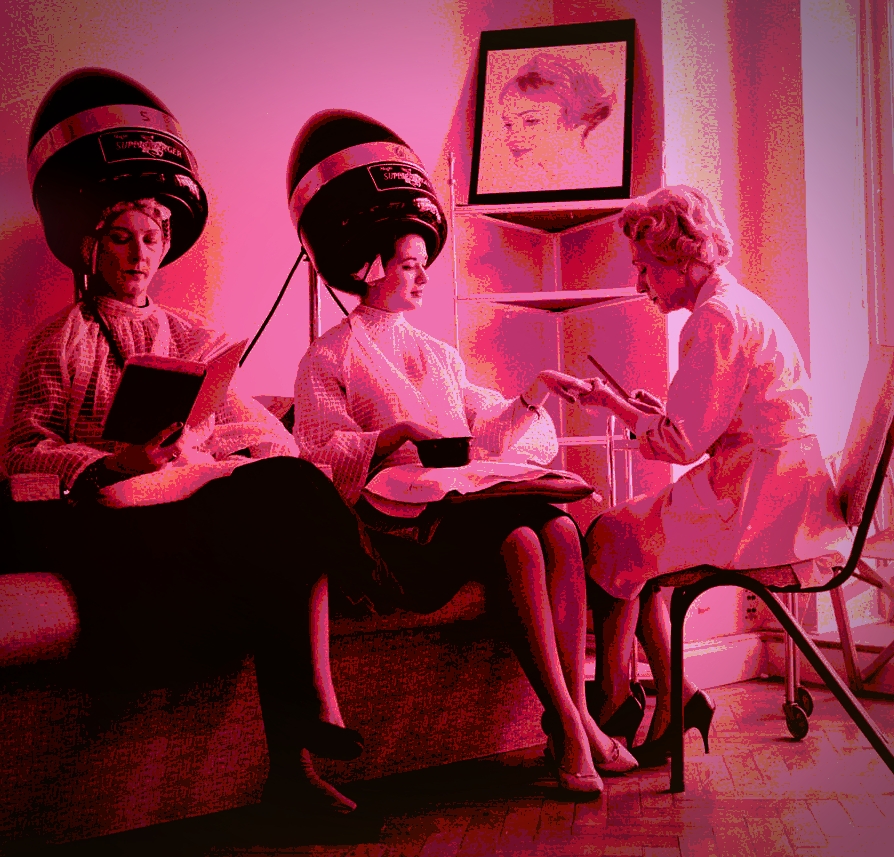 A short story in response to ecoTrain Question Of The Week Season 6 #9: WHAT ARE YOUR PREDICTIONS FOR 20 AND 200 YEARS?

I just got my first brain implant. It didn't hurt a bit. Well, a little bit, at first, as you'd expect. Just for a few days while my body learned to incorporate the new technology. I had a bit of a headache, but nothing that a couple of neurofen couldn't numb. I was seeing things too.. shapes and colours.. things moving around at the edge of my vision.. and hearing strange sounds.. bits of music, voices, sirens, that sort of thing.. but I had some anti-psychotic pills they gave me at the clinic, which took the edge off.

I wasn't really scared. Well, maybe a bit, but most people I know have already got one and they're all fine. Well, most people are fine.. there's always one or two you hear about, where something went wrong, but for the most part, there's really no risk at all. The benefits far outweigh the risks anyway. And these days, if you don't get one, you just miss out on so much. The old tech just doesn't compare. So slow, so clunky, so two dimensional by comparison.

I got the Amazon implant. It was cheaper than the Tesla one, but they're basically the same thing. It was amazing how they put it in. Robots do everything. You turn up at the clinic.. it's totally clean and sterile.. no people there at all, so I felt really safe, obviously. Then you go through to this room where they've got a special machine that you put your head into.. like one of those old fashioned hair dryers you see in old photos. It only took about twenty minutes from check in to check out and I hardly felt a thing.

The implant itself is only about a quarter of the size of a grain of rice, so they only need to make a tiny hole. After it's in your brain, it starts to grow.. puts out roots, or something like that. I don't really understand it, but it's very cool. I have to drink a special drink every day for the first few months and do certain brain exercises. The drink isn't very nice, but the brain exercises are quite fun. It's all about the implant learning to recognise its host. That's me. Or maybe it's the other way around..

I've started doing these amazing photo-realistic drawings. I always wanted to draw but was never any good at it. Now I can! I'm going to get an app which teaches me to speak Chinese in a day. There are loads of free apps like that. The best thing about the implant though, is that you can connect with anyone else who's got one, just by thinking about them. It's a bit weird at first, and you kind of forget who and where you are, but then you just sort of get used to it...

It seems like a lifetime ago that I first got the implant. There's not much left of my original body now. It just got too old. I could have had the parts replaced.. my arms, legs, lungs, heart and all that.. but I just thought, what's the point? Besides the cost, I don't really need a physical body any more. In a lot of ways, it's much more convenient not to have one. Pretty much my whole life is lived in cyberspace anyway, so I can do without constantly having to feed myself, keep myself clean, exercise, tidy the house.. I don't even have a house any more. I don't need one.

I've got lots of friends, a very active social life.. a very satisfying sex life too, believe it or not.. even though I don't, strictly speaking, have a physical body any more.

To tell you the truth, I don't even know how much of my original, organic brain still exists. When I decided to give up my physical body, they took my brain to one of their facilities, somewhere under the Arctic. That was about a century ago now, but I lose track of time. I think, at that time, my organic brain matter was about 50% and the implant had grown to about 50%, spread out fairly evenly among my original brain cells. It's probably more now. As the original brain cells die, they get replaced with new synthetic ones. It doesn't really matter. If anything, the new ones are better than the old ones.

I've been having this recurring dream lately, where I'm about five years old again. In the dream, I climb up a big old oak tree and sit there on a wide, high branch. It's getting dark and I can hear my mother calling for me to come home for supper, but I don't reply. She doesn't know where I am and I just want to stay there forever.. then I notice that the branch I'm sitting on is rotten and about to break, but I can't see a way down. I try to call out for help, but no sound comes out.. then I realise it's because I don't have a mouth. Then I wake up crying.

I don't sleep very much these days. I don't really need to sleep any more. My life is just like a dream as it is, but a dream that I can control.

oh my god!± wow.. what a story.. probably will be the case too..sooner or later!!