What is green hydrogen?

Today there is much talk about the need to replace the use of fossil fuels as a source of energy to combat global warming, and certainly there are several renewable energy sources as alternatives, such as solar and wind energy, however these energy sources have the disadvantage that fluctuate according to weather conditions and require storage devices. This has led to much attention being paid to hydrogen as a fuel, since it produces no emissions and has great energy potential. 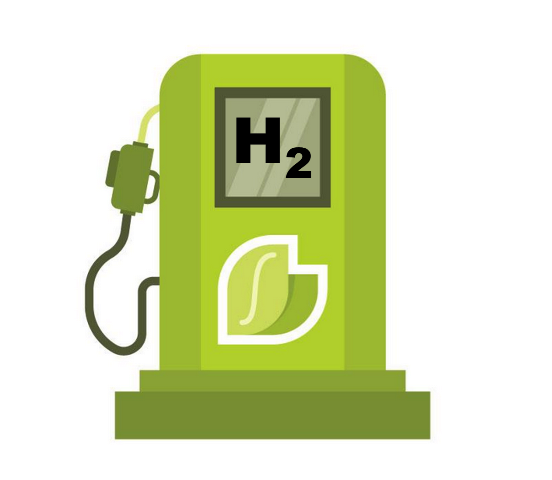 Hydrogen is one of the most abundant chemical elements in the universe, in our planet we can find it as part of various compounds, such as water, biomolecules and hydrocarbons, but what do we mean by green hydrogen?

This term refers to a type of hydrogen used as a fuel that can be obtained from renewable energy sources, so that no CO2 emissions are generated either in its production or in its use, which makes it a clean and sustainable fuel that can contribute to the transition towards an energy model free of greenhouse gas emissions.

One of the most commonly used ways to obtain green hydrogen is through the electrolysis of water, and the term green is used to differentiate it from hydrogen obtained from the reforming of natural gas, which is designated as gray hydrogen and represents more than 90% of the hydrogen market, which, although it does not release emissions during its combustion, has associated the emission of greenhouse gases during its production; therefore, green hydrogen is the only 100% sustainable hydrogen.

How is it obtained?

Green hydrogen can be obtained in different ways, for example by reforming biomethane with steam or by electrolysis of water. But the method of hydrogen production that does not involve the use of hydrocarbons is to use electricity obtained from renewable sources, such as wind or solar, to supply the energy needed to produce the electrolysis of water, whereby the water molecule is split into its constituents, oxygen and hydrogen. However, the high cost of the energy needed to produce hydrogen from water electrolysis is the main limitation to the massification of this production method. As we know, we are heavily dependent on fossil fuels for our mobility, and although electric cars are essential to achieve carbon-free mobility, these cars still do not provide us with the autonomy and power we need in many applications, such as long-distance cargo transportation.

That is why many manufacturers have promoted the development of vehicles powered by hydrogen cells, which although they are electric cars, the electricity is not supplied by a battery that needs to be connected to an electricity source for several hours to recharge, but the fuel cell produces the hydrogen oxidation reaction, releasing the electrons that supply the electric current that moves the electric motor. These hydrogen fuel cell vehicles produce no harmful emissions for our environment, since the only by-product of the hydrogen oxidation reaction is water, so the only gas released from the exhaust pipe is water vapor.

This zero emission rate is key to its use as an energy carrier, which is why hydrogen has gained attention as a possible alternative to replace fossil fuels and become the fuel of the future. So many people see green hydrogen as the best way to store energy obtained from renewable sources, and the best way to achieve the decarbonization of applications that require autonomy and power, such as aviation and maritime and land cargo transportation.

Well friends, I hope you liked the information, see you next time!