Let's talk about the phenomenon of sound / Propagation 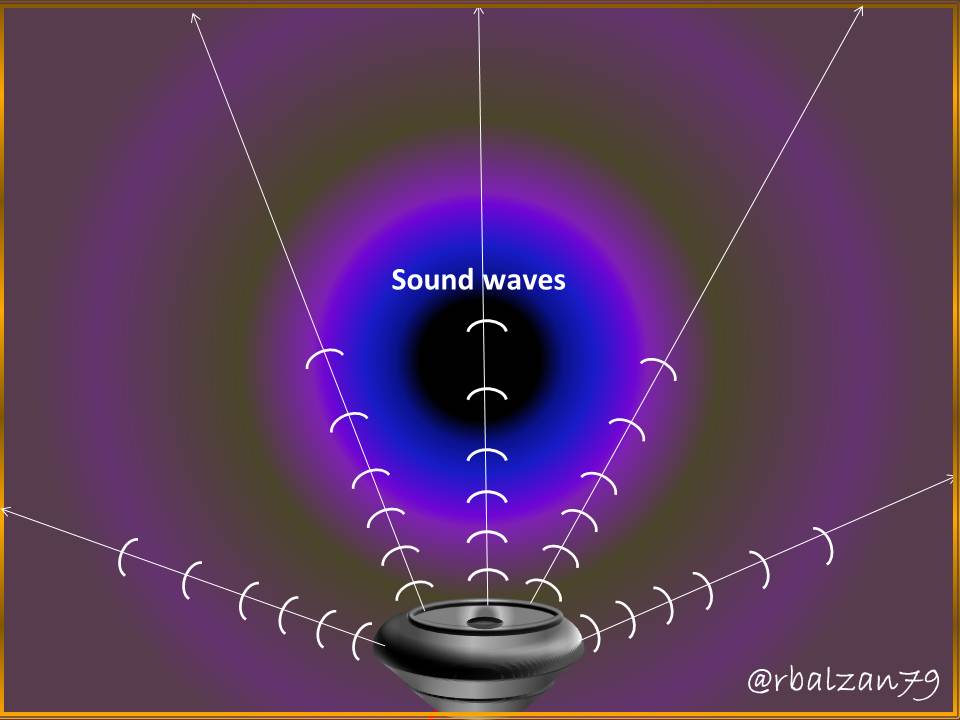 Greetings again my dear friends of this prestigious platform, in the previous article we related to the essential phenomenon of sound and especially with its generation, where, we could express that this phenomenon is only possible to generate it through the development of a certain vibration which gives rise to the so-called sound waves, and thus, manage to disturb the elastic medium through which these sound waves propagate, which is usually the air.

When sound propagates through any space-time of our environment, it will logically find in its path bodies or objects of different chemical composition or different conformation of the component atoms of its molecules, this last characteristic makes the material or elastic medium through which sound waves propagate to be more or less resistant to the passage of sound through them, therefore, in this occasion we will relate in a general way with the propagation of the sound by material means whose molecules are closer, and in this way, constituting the solids and the sound travels with greater speed through them.

In relation to the above we also find material media whose molecules are more separated and representing liquids, and thus, the sound travels with less speed with which it travels in the solid material media, but, as we saw in the previous delivery the particles or molecules components of gases are even more separated than that of solids and liquids, this feature makes the sound waves travel with much lower speed than in the material media described above (solids and liquids).

When we talk about the propagation of sound, it is important to take into account that this phenomenon is represented by longitudinal sound waves, that is to say, when these sound waves affect a certain material medium, they cause the component particles or constituents of this medium to vibrate, since without the vibration of these particles the sound could not propagate, and in addition, they do it in a parallel way following the same direction that these disturbances have as sound waves.

In order to have a clearer idea of the above, it is important that you can visualize the following example as shown below:

After observing the previous example, where you noticed how sound waves propagate, now it is important that we can relate to the propagation of this phenomenon in material media, whether gaseous, liquid or solid, as you can see in the following figure.

As you could visualize my dear readers, sound waves of longitudinal type travel more easily in material media such as solids since their component particles are closer or closer to each other, an aspect that changes once these component particles begin to separate one from the other as is the case of liquids and gases, therefore, respectively sound travels faster in solids, in liquids its speed decreases and in gases it is even slower than in the two previous material media.

Everything that surrounds us in some way or another performs or develops some process of vibration, and thus, generation of some form of sound, therefore, this makes us think or express that the sound is in any space-time where we are, the truth is that not always our natural auditory systems (ears) will have the ability to perceive these sound waves even though they travel from one side to another in our presence.

When sound is originated by vibration, it will propagate from one side to the other, where it will find in its way a great number of obstacles that make the speed of the sound waves vary, as we could analyze in the material media described above, such as solids, liquids and gases.

Until another opportunity my dear friends, I hope you can share your important comments and consolidate the issue raised in this opportunity.

Hi @rbalzan
Excellent information, I particularly liked your explanation about the variation of the speed of sound waves in solid media in relation to liquid and gaseous media, thank you for sharing this excellent article.
Happy Sunday!
Regards.

Hello friend, thank you for your positive comment to my article. Regards.

Now its clear idea about sound.

When sound is originated by vibration, it will propagate from one side to the other

Nicely explained and provided the information. thanks.

Hi friend, thanks for your visit to my article. Regards.