rbalzan79 in Education • 2 years ago (edited)

Greetings my dear readers, every day that passes technological applications are more advanced and have a greater impact on our lives, if we really stop to think about each of these applications, without a doubt, we would notice that the area of technology today is an intrinsic part of our exponential development, and this is because with any technological application and in different areas we have been able to deepen both in knowledge and in the streamlining of different activities of our daily lives.

The man with the passing of the years has managed to give more and more gigantic steps as well as with greater firmness in relation to the creation of different types of technological tools, when observing our environment we can be witnesses of the innumerable quantities of machines that are part of our activities, and among these machines we can find the recognized drones, and of this type of innovation we will be speaking and knowing some of its characteristics in general.

This type of aerial vehicle design began to impress us since its inception because they have a very new technology that allows them to fly without being manned, therefore, these aerial vehicles are managed or controlled by pilots from the ground, and some may be autonomous programmed to perform a particular task, when talking about drones we must also emphasize that in order to fly these aerial devices must have essential equipment such as a command control and a ground base.

One of the most outstanding features of this type of unmanned aerial vehicle or drone is that they are implemented today for many tasks and without risking the life of any pilot, and also managing to reduce energy consumption using larger aircraft, and they are very useful for shooting areas as they are equipped with video cameras as seen in the drone at the beginning of this article, and thus to observe from the heights a particular activity to be developed.

The military ones have the capacity to fly for a longer period of time than the civilian ones, it is important to highlight that drones are becoming smaller and smaller, for example the so-called Nano drones, and they will be able to carry out surveillance without being able to visualize them.

The military ones have the capacity to fly for a longer period of time than the civilian ones, it is important to highlight that drones are becoming smaller and smaller, for example the so-called Nano drones, and they will be able to carry out surveillance without being able to visualize them. Drones are vehicles that currently have state-of-the-art technologies, for example, they implement sensors that allow them to detect obstacles and thus avoid collisions, among other important applications such as infrared vision. Drones are used in many areas of our development, such as in agriculture. 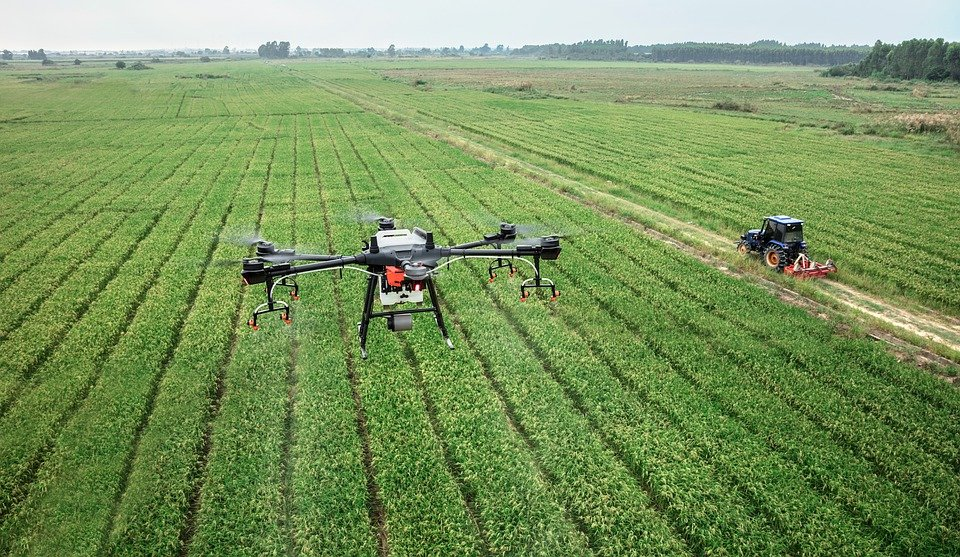 Also in other important areas such as security or surveillance, media, sports, among others such as the military area. Until another opportunity my dear friends, it is always important to know about any type of technological application that is part of the realization of our activities.

Note: The gif at the beginning of this article is my own, and the images were created in Power Point and the animated gif in PhotoScape.

[2]How drones work and what is drone technology?