The role of parents in the formation of the child's personality.

guada1 in Education • 6 months ago 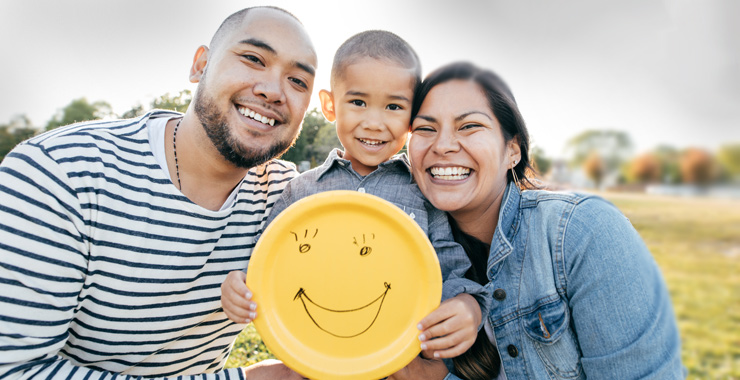 The role of the family in the formation of a person's personality is essential and undeniable. In the family, the child first becomes aware of his physical environment, learns with the help of all the senses the world around him, fills his mind with images of loved ones, objects, natural phenomena and experiences associated with them. In the family, the child receives the satisfaction of his basic needs, learns value orientations, cultural and national traditions. Ideally, the child receives the first spiritual experience in the family: in the form of religion or relationship with nature.

Images of parents dominate the child's mind, largely determining the nature of his relationships with people and social functioning throughout his life, influencing mental stability and bodily health. Parental images include, on the one hand, the personally acquired image of one's own parents and, on the other hand, the parental archetype. These archetypes are the prototypes of the Father and the Mother, generalized images of all mothers and fathers of the past, which are embedded in the unconscious of the child. “These more ordinary and ever-recurring realities create powerful archetypes, whose constant activity can still be directly recognized everywhere, even in our time full of rationalism.” Parent archetypes (prototypes) include positive and negative aspects.

Images of parents and their meanings.

In early childhood, when the child's consciousness is still poorly developed, the parents (first of all, of course, the mother) are perceived in a more or less unconscious state, archetypally. The mother is a source of well-being, relaxation, stability, in fact, a source of life, and the father is dynamic, powerful, personifies protection and encourages action. The images of specific fathers are fragmentary in the perception of a young child.

Otherwise, the dynamics of parental images develop in the mind of a person raised by neurotic parents, experienced in fears, angry, manipulative of their loved ones, who showed hypocrisy, immorality, unscrupulousness and compensated for their insecurity. with alienation or tyranny in the family. Those parents become a source of suffering for the child, even if they love him “in their own way”. Negative emotions from communication with such parents become the reason for the creation of negative images of them in the child's mind.

Relations with parents in such cases are complicated due to the projection of negative feelings on them, possible running away from home, vagrancy and aggression. Socialization of such a child is extremely difficult. In other cases, the child can close in on himself, create his own world. He then formally communicates with his loved ones, displaying conformity and miracles of manipulation. Projections of archetypes that have settled in the personal unconscious of the child, with an underdeveloped child consciousness, animate the unconscious processes, filling them with energy. Clinically, in a child, this can be manifested by an overestimation of his personality, a contemptuous, contemptuous and condescending attitude towards parents who do not inspire respect in him, arrogance, unrestrained fantasizing about elements of fairy tales, myths, sometimes cosmic content, and, of course, the deviant behavior when negative images greatly animate the shadow archetype. Having matured, such a person unconsciously projects all the negativity and repressed aggression accumulated in the paternal family onto the world around him, coloring the universe in gloomy tones.