dkmathstats in Education • 2 years ago

Hi there. In this mathematics education post, I cover the concept of long division. This is one of the harder topics for elementary math students as good multiplication skills are required and there are a lot of steps involved. The Meaning Of Division

The concept of long division here is shown through examples. I use Tutorials Point's whiteboard feature for these screenshots.

The expression 41 ÷ 3 can be expressed in the long division visual format. Remember that it is inside divided by outside. The 41 which is the dividend is on the inside and the divisor of 3 is on the left side. The answer from division is called the quotient. Quotients are on the top of the division line.

For this step, ask yourself how many threes are there in four? Or three times something gives a number without going over 4. The answer here is 1. This one is placed above the four over the line. One times the outside three gives three. This three is placed underneath the 4. Perform the subtraction step where 4 minus 3 is 1. Bring the one from 41 down beside the first one to obtain 11. 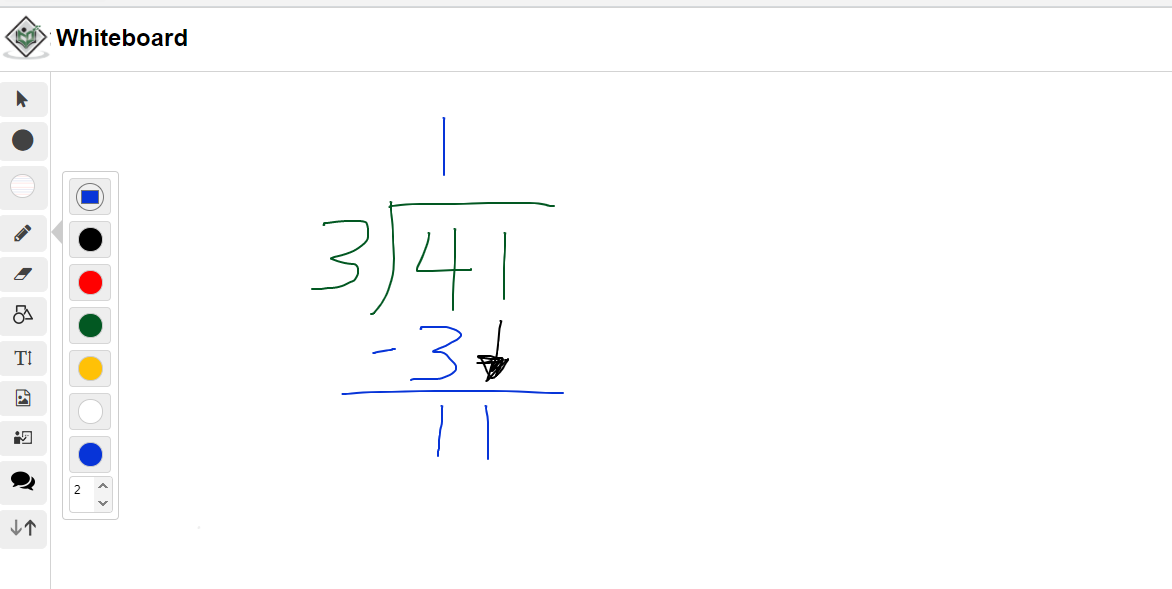 Ask yourself now how many threes are there in eleven? The answer here is 3 as 3 x 3 = 9. Four would not work as 4 x 3 = 12 and twelve is greater than 11. Three times the outside three is 9. This nine is placed below the eleven. Perform the subtraction step to obtain 2. As there are no more numbers to bring down this number of 2 is the remainder. The answer to 41 ÷ 3 is 13 R 2. 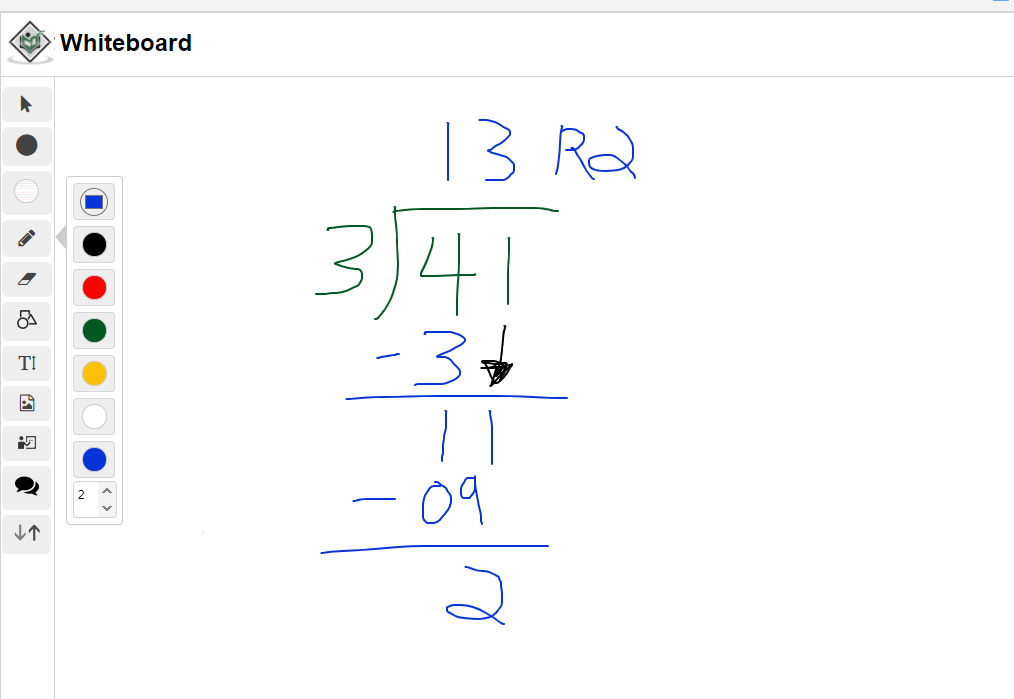 This example deals with a larger number as the dividend. The steps are similar to the one in example one. As the first step, there is one seven in seven. For this part, there are no sevens in 1. The digit beside the one on the top is a zero. 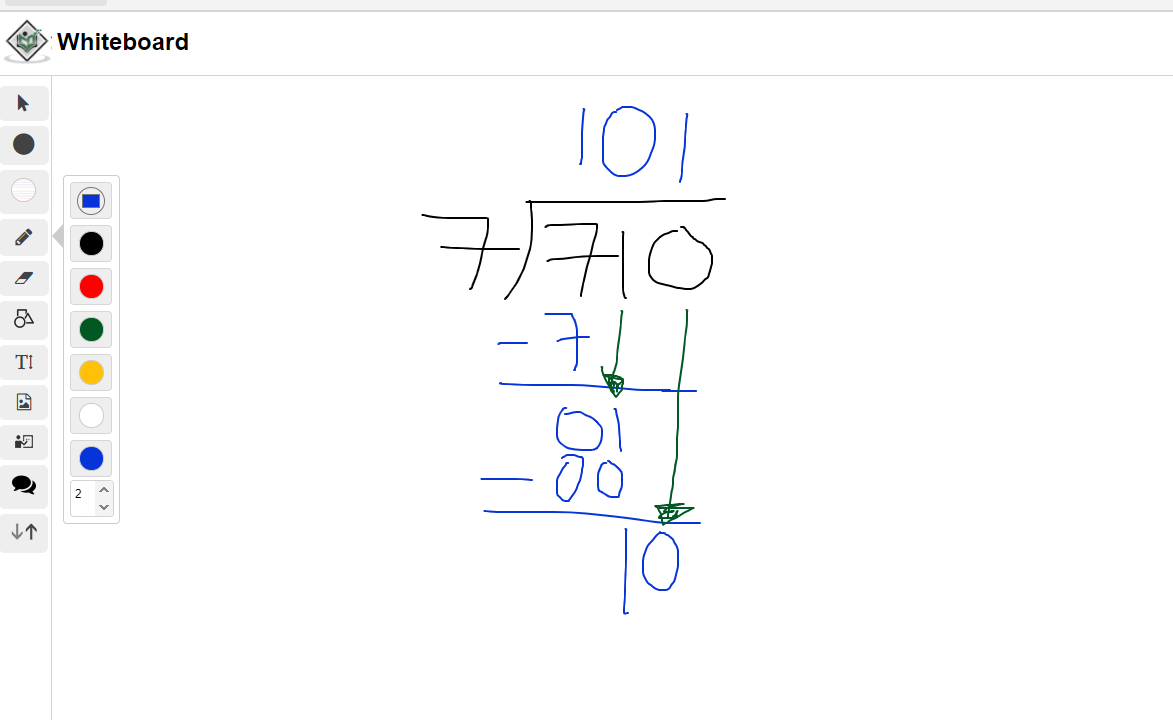 This example has a two digit divisor of 15. It is a little bit more trickier with larger numbers but the long division steps hold. To start, there are no 15 fifteens in 1. 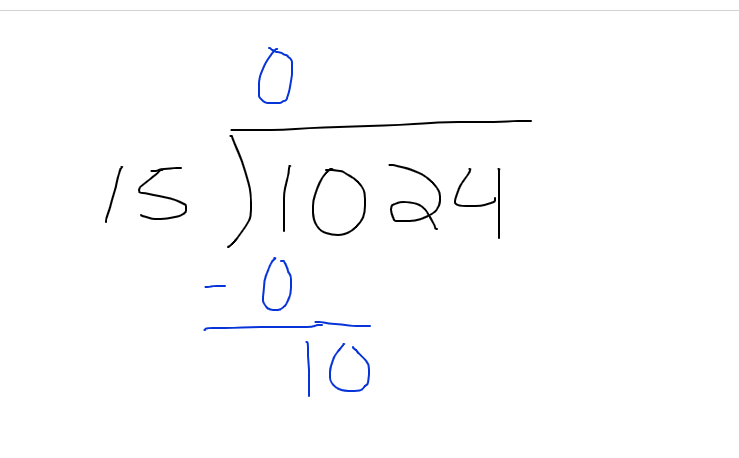 There is also no fifteens in 10. Another zero is placed on the top. 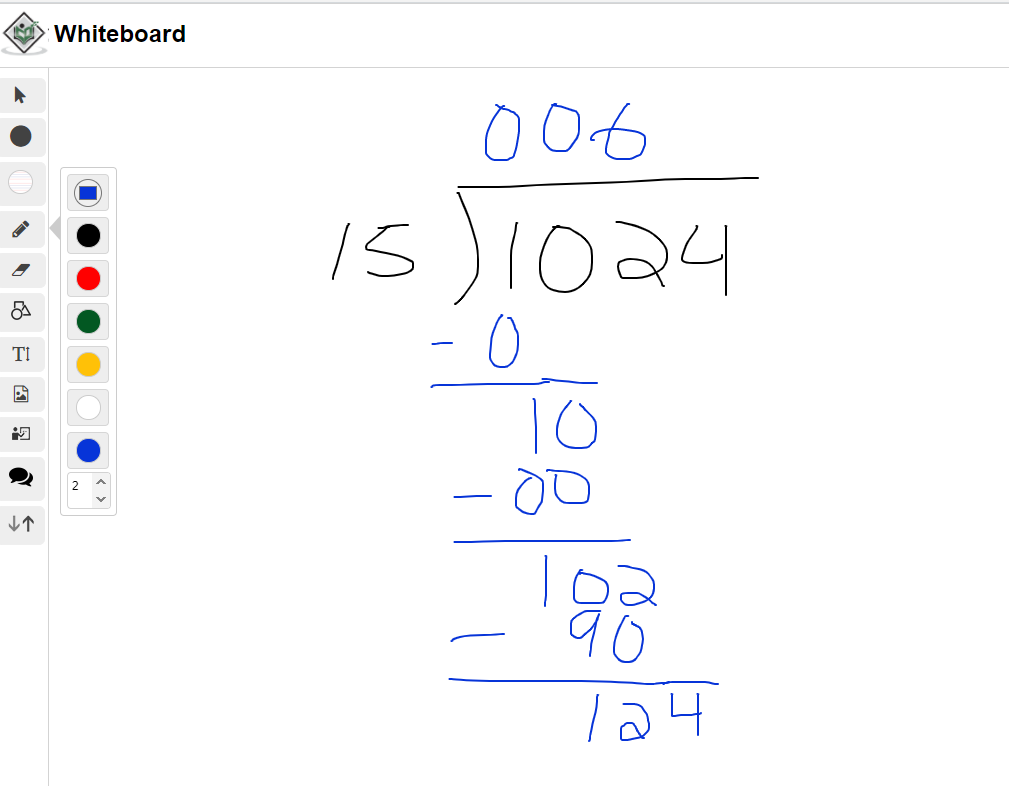 Expressing The Remainder As A Fraction and divides it by a lower order polynomial such as x - 1. The answer would be

Note that the screenshot below does not show all the steps involved. I use the Math is Fun Drawing part of the website. 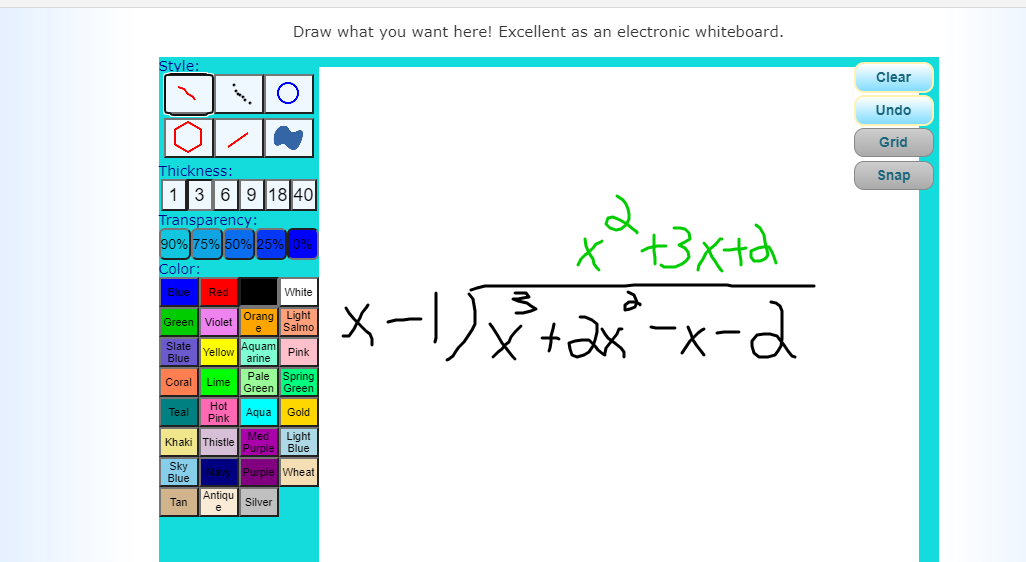