On meeting the polar bear on Svalbard; Being alone or together with other, and taking care of oneself!

digi-me in Education • 5 months ago 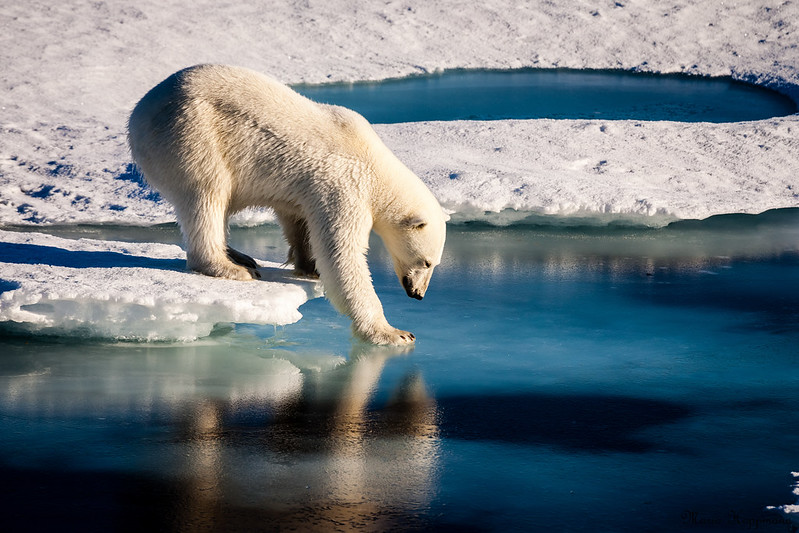 The polar bear is dangerous for humans, and they are living their lives several places on the planet, and we meet them for instance at Svalbard.

Polar bears stemmed from brown bears (Ursus arctos) about 1 million years ago, according to DNA findings. Fossils are rare. The oldest fossil known is a well-preserved jaw from Svalbard (islands north of Norway). Later fossils, between about 11 000 and 8 000 years old, are from Scandinavia and Russia. Hence, we can accept what we are meeting different places, but sometimes we should shoot the polar bear. If humans are living in a cottage or in a tent, the polar bear can be nearby, and you are especially exposed for danger when being alone or in a tent, because the polar bear can attack you, and the polar bear wants to eat humans.

Annually, 2–5 people in North America die from bears. Glacier National Park encountered two fatal bear attacks on the same day in 1967. Since 1872, bears have killed eight people in Yellowstone Park. Between 2000–2017, in Alaska, there were eight attacks by bears. As a living human, we are responsible for our own lives, and we take the choices as we take. And we should know, that the bear and the polar bear can attack humans, and therefore there can be people dying or these meetings.

When we are on Svalbard or other places with bears, we can form a camp about where to be, and doing research with different concepts, and investigations of what is happening. And this is why research is both abstract and concrete, and things we are doing on the earth, should be down to earth but at the same time abstract. And our lives we are living ourselves, and we are making the choices as we are. And research is filled with making variants, and with choices from problem formulation, to design, to measurement, and to making the conclusions and the implications of the study that one is doing at some places.

Polar bear populations are in decline. That means individual bears are starving and drowning. Polar bears can weigh more than 500 kilograms, they drag seals out of the ocean with their claws, and on occasion they will attack human beings. In short, these animals are not known for their subtlety. And as people doing research on Svalbard, we can use all the kinds of equipment that we want, and we can take our clothes with us, and we should have enough and proper enough clothes to survive in different weather, also the cold ones! And sometimes, we are exposing ourselves with danger in life, and sometimes we are safe, and that is what the life is when being exposed with risk management in the nature.

Latest article, check out :
Twisting and turning the brain; What can be done everywhere where we are competent enough for the positions!

Great article about the beautiful and magnificent Polar Bear.
I feel so bad for the Polar Bears as we have created their issues with the lack of food and such and like any animal that is starving and more importantly, territorial, they will want to eat humans and humans need to understand that when in someone else territory, whether you be here swimming at the Beach in Australia and get chomped on by a Great White or attacked by a bear in the woods, we are invading their territory and they will react, exactly as we humans do when they come into our territory.

Infact, many animals come into human territory- around home sand such because the people living there do really stupid things, like leave food rubbish lying around their house which attracts the animals in the first place And humans are constantly taking away more and more land that belongs to animals to build houses on it, displacing the animals and soon there will be no land left for them to go, they will come into the 'new' human territory, then the humans will kill them and they don't deserve to pay with their lives for the stupidity of humans.