What to do if your child has a tantrum?

deisip67 in Education • 4 months ago
All people can experience tantrums and simply inappropriate behavior in front of others. Yes, most of the time, uncontrolled fits of anger are typical for children from one and a half to three years old, simply because speech is not yet sufficiently developed and the child, desperate to be understood by the outside world, tries to express himself by rolling on the floor of the supermarket. But children's aggression and hysteria can be found at the age of five, 10 and 13, but the consequences are much more serious and more difficult to deal with. 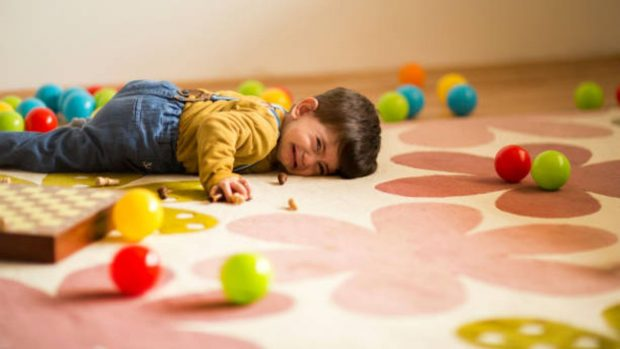 For parents who want to learn to control their balance and not go to extremes in the face of a child's tantrums, here are seven steps to help you switch at the right time and possibly avoid a bigger problem.

1.- Accept the child's feelings. Be patient, show empathy, and try to feel what the child is going through during a tantrum. Remember that your child is not to blame for what happens to him. Try to paraphrase the child's feelings, express them, for example: "You really want to take another walk and you are upset."

2.- Keep calm and understanding. Tell yourself that the child is doing his best to deal with the tantrum. Try to be understanding, and sooner or later the tantrum will end.

3.- Listen actively. Try to repeat what he tells you. Tell him that you are listening carefully. He speaks slowly and very low.

4.- Do not add fuel to the fire with criticism, arguments or unnecessary comments.

5.- If you can't control yourself, do breathing exercises. After five short inhalations and exhalations, do a series of five deep ones. By remaining calm, you show your child a positive role model.

6.- If the tantrum passes gradually and the child's emotions go out of the red zone, try to distract him.

7.- Remember that being calm with tantrums, you don't "spoil" the child. You are simply giving him time and a chance to deal with his overwhelmed emotions.

If tantrums occur with a child several times a day, if they last more than half an hour, with tears and subsequent deterioration, this is a sure sign that the child needs to be taken to specialists.
It is necessary to go to a child psychologist who will find a way to help the baby. Depending on the age.

Thanks for the education and the useful information provided @deisip67