amestyj in Education • 5 months ago (edited)
Dear readers, it is evident that the largest percentage of the content that we socialize in our blog is related to the agricultural and ecological sciences, on certain occasions some user could become unaware of some of the technical terms that we use to refer to a certain activity or phenomenon in particular or failing some terms that are not used correctly, in this first edition 15 terms will be socialized and weekly we will be publishing another edition with other words to cover a large number of them and to enrich our knowledge in the agroecological area. 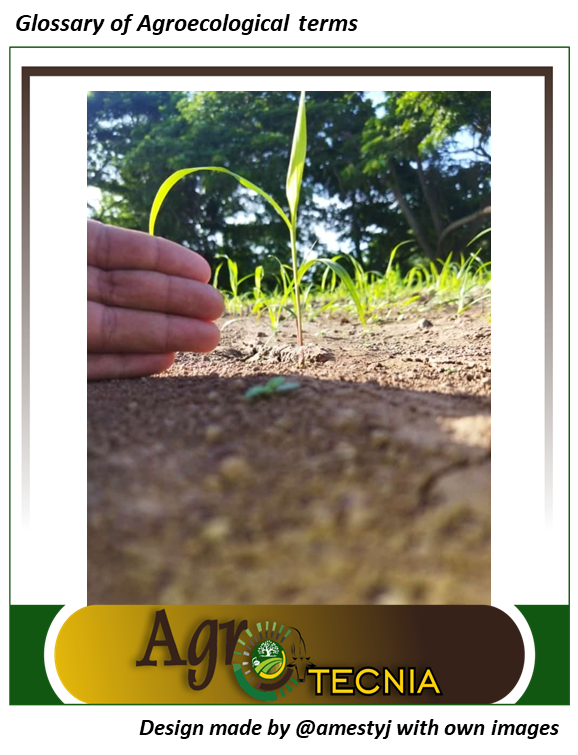 Without further ado let's get started!

- Abiotic: when the word abiotic is used, it is to refer in agro ecosystems to the components that do not have life, but are of great importance for the development of the system, for example, climatic factors such as wind, temperature, solar radiation among other components.
- Abono: the term abono refers to substances of organic or mineral origin which can be of solid and liquid consistency, its use in agro ecosystems is of great importance because they are not toxic substances and serves to provide organic matter, nutrients and microorganisms to the soil, which undoubtedly improves fertility and therefore favors the growth and development of plants. - Acclimatization: the term is used to refer to those living organisms that adapt to different climatic conditions to which they are accustomed, this happens, for example, when plants from different ecosystems are introduced and these adapt maintaining their natural growth.
- Aquaculture: this term encompasses the productive activities of food that are related to the management organisms in water bodies, for example, the breeding and production of fish, shrimp among others.
- Aerobic: this term is used to refer to a space where there is presence of oxygen, it is also used to identify organisms that need oxygen to carry out their activities, for example, speaks of aerobic microorganisms, these are the ones that need oxygen to carry out activities of decomposition of organic matter, for example, for the production of compost.
- Biocoenosis: from the ecological point of view, this term refers to a community of beings live, for example, to a group of plants and animals that share the same space and surface, such vital it would be the woods, where each organism has a vital role within the ecosystem that keeps the balance.
- Ecological balance: the term is used to indicate that within ecosystems there is a perfect interrelation or synergy between the components that make it up, especially when there is no introduction of external inputs that can break this balance generating pollution and loss of biodiversity.
- Biocide: this term is widely used when referring to the products used for pest control, the word brings together a group of products for the control of different pests, for example, Insecticide (insects), fungicide (fungi). Simply put, if you do not want to mention the classification of the product, you can simply call it a biocide. 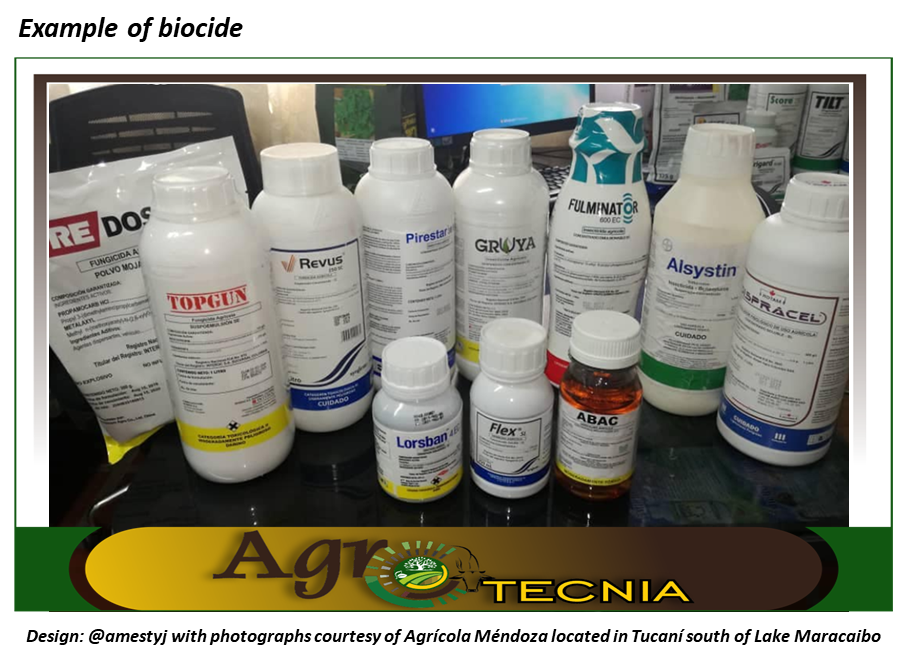 - Biodegradable: it is a term that refers to any waste or organic matter that can be degraded by the action of microorganisms and transformed into inorganic elements, within agroecological systems the leaves of trees, animal manure are biodegradable waste.
- Biogas: as its name indicates, it is a gas of biological origin, for its obtaining in agroecosystems they establish biodigesters that are containers where organic matter accumulates such as bovine manure and with the degradation of it, gas begins to be produced, which is transported through pipes and can be used for cooking.
- Arable layer: this term refers to the upper layer of the soil, where a large amount of organic matter is concentrated and a part of the radical system of plants develops, this layer is usually handled with the use of agricultural implements.
- Bearing capacity: it is a term widely used in livestock systems, it refers to the capacity that a forage area has to maintain a certain group of animals, for this the yield of pastures must be determined.
- Biogeochemical cycles: this term is fundamental because it refers to the natural processes that occur in ecosystems to recycle nutrients, for example, the nitrogen cycle the way it is fixed to the soil and also how it is released back into the environment; there is also the water cycle, carbon cycle among others. - Climate: this well-known term refers to a set of atmospheric elements, which characterize each region, that is, it can vary from one region to another and this significantly influences agricultural ecosystems since there are different species of plants and animals that need some specific climatic conditions.
- Chlorophyll: it is a term widely used by agricultural professionals and refers to the name given to the pigment of plants that allows you to obtain the green color of its leaves in addition to it plays a fundamental role in the process of photosynthesis because they help the transformation of light energy into chemistry.
Dear readers, from agrotecnia we hope that this glossary of terms is useful for all of you and allows you to handle some terms that are sometimes used in our articles; an explanation was made based on our own knowledge and reinforced with the vision of various authors specialists in the agricultural, ecological and environmental area, we hope to share with you next week another edition of agroecological terms.

Thank you for staying with us until the end.